The Professor is the only person who has had our attention more than our college professors. However, this time around, it is trivia that is bound to make your mind go numb and splatter your brains all across the wall, excitement wise (for legal purposes)

Money Heist, or better known as “La Casa de Papel” in Spanish-speaking countries, was a flop after season 2. The show was released in Spain on Antena 3 in May 2017. The first episode got  4.5 million views from which it dropped off like crazy. Netflix picked it up, rebranded and reshuffled the series and now it stands tall.

The show inspired robbers of Criciúma, a city in southeastern Brazil, in December 2020, to rob bank offices, take prisoners and shoot at least two people. They scattered the money on the streets and let people lap up the notes. The Modus Operandi is called “Novo Cangaço”.

Money Heist needed a LOT of numbers for two things. The first being fake money, for which the production team had 6000 gold ingots (gold bars) produced as props along with an insane one million €50 bills which were printed for scenes of notes decimating the streets of Spain.

What baffled me was that Nairobi wasn’t a part of the original script of the show. Alex Pina realised that there was only one female protagonist (Tokyo) in the show, and then he called up Alba Flores, with whom he had worked previously, and Nairobi was born.

If you think that was not hyped enough, the show had two episodes from season 3 relaunched in which Neymar Jr. was featured.

Ironically, he plays a monk and his lines include, “I don’t like football nor parties”. It was upon Neymar’s fandom and his request that he was given a cameo in the show.

Also Read: Even Better Conning And Heist TV Series/Movies You Can Watch If You Loved Money Heist

If you think the codename “The Professor” is perfect, there existed another name for him in the initial planning stages. He was nicknamed “Vatican City”. The makers decided to drop it because of the religious components associated with the name and… well, “The Professor” has a suave ring to it.

How Much Is A Lot Of Trivia?

Not enough? Apparently, the break-in into The Bank of Spain is as real as it gets, with the mechanism being almost similar. Flooding of the bank vault was real, and more importantly, a crucial aspect of the real bank vault in The Bank Of Spain.

To keep it as real as possible, the makers of the show hired a marine engineer to help them design an antechamber that can address the defence mechanism. Of course, the original one has more security features otherwise. 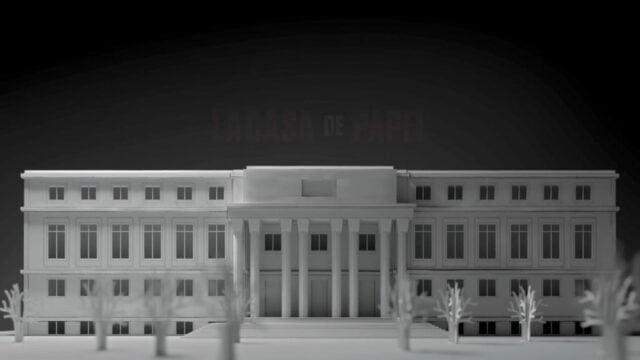 If you think the storyline was impeccable, it was because of the script. Instead of following a previously written script, the filmmakers and writers worked parallelly to ensure the show moulded into the best version of itself and the story remained ironclad throughout.

Money Heist’s season 5 was released on the 3rd of September, continuing from the sticky spot The Professor was in. How does it all pan out? Only time will tell.