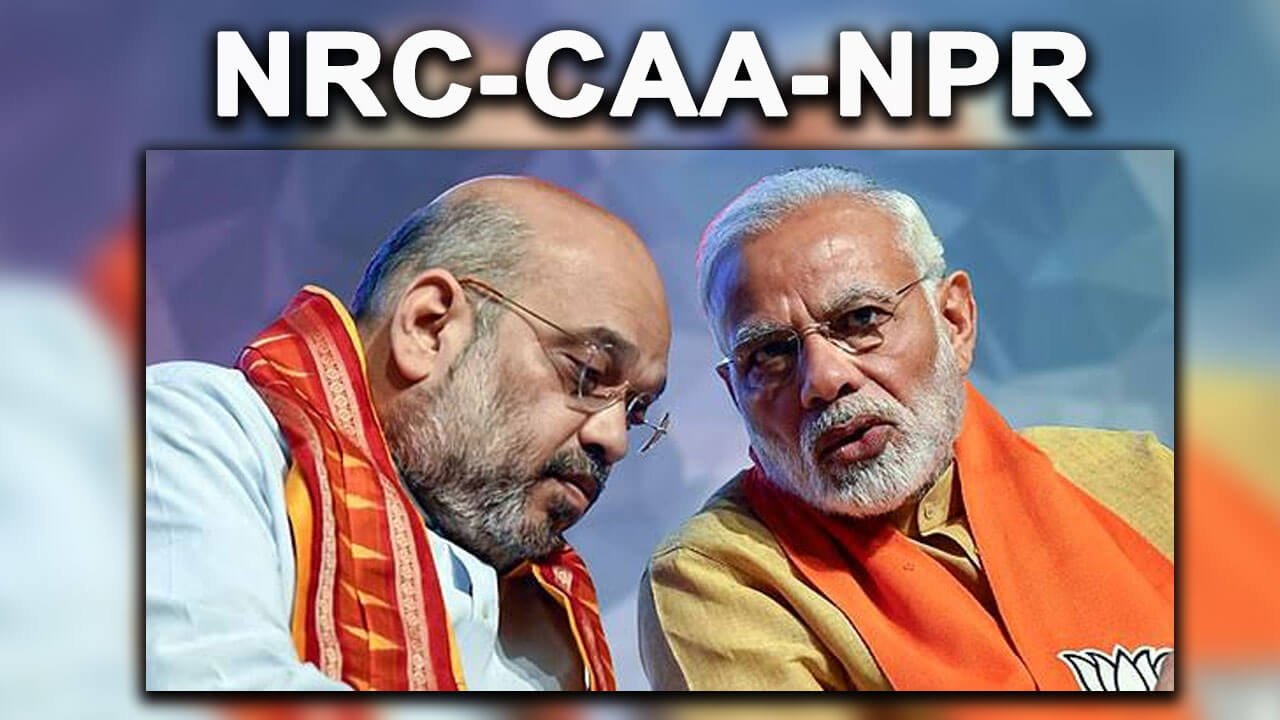 India is still protesting against the CAA (Citizenship Amendment Act) and National Register of Citizens (NRC) but apparently we might have one more thing to worry about, it being the National Population Register (NPR).

On 24th December, Tuesday, news broke out that the Union Cabinet had approved a sum of Rs. 3,900 crore for an NPR. According to the government this was seen as a procedure that happens every 10 years and would eventually create the Census of India 2021.

NPR is said to be a compiled list of the “usual residents of the country” with the ‘usual residents’ being people who have been residing in local areas for either the past six months or will be staying in a particular area for the next six months.

NPR is a total count of the population but it is not a proof of citizenship as even foreign nationals staying in a region for more than six months would be included in it.

However, many people believe that there is link between NPR and NRC with the former being the first step towards the latter.

The state governments of Kerala and West Bengal have also stated that they will not be implementing NPR in their regions.

The Central government on their part is trying to separate the two by constantly stating how there is no link between NPR and NRC.

What Did Amit Shah Say?

In a recent interview with ANI, Union Home Minister Amit Shah has clearly stated that NPR and NRC are not connected.

Shah said in the interview that, “There is no link between the National Register of Citizens (NRC) and the National Population Register (NPR), I am clearly stating this today.”

Along with this, the Home Ministry also released a statement that said, “There is no proposal at present to conduct a nationwide NRC based on the NPR data.”

But this in its stead has created a lot of confusion especially when paired with PM Modi stating in a rally, held on December 22nd 2019, that there have been no talks about an NRC for India ever since his government came to power in 2014.

This clearly contradicts Amit Shah’s own speeches and other government official who have talked about a nationwide NRC and CAA policy.

Are NPR And NRC Connected?

Since there are a lot of confusing statements being given out, there is major concern on whether NRC and NPR are connected and if they are, then what the result of that will be.

A few people on Twitter have spoken about it and pointed out the link between the two:

Remember that after the NRC is drawn up on the basis of the NPR, even if your name is on it, literally anyone can *object* to your citizenship status, and send you running from pillar to post – as happened in Assam.

NPR is not only the foundation for NRC under 2003 Rules . It makes the NRC even more dangerous than in Assam. In Assam, despite all bias, all citizens were required to produce documents. The NPR will allow the state to handpick ‘doubtful’ citizens. And we know who they will pick. https://t.co/hseCUfJSGL

Half a dozen government documents and parliament statements since 2014 explicitly link NPR with NRC. Here are some below. crucially, qs in NPR 2010 and 2019 include key additions including parents details.. hopefully, HM will clarify.. else, the mistrust will grow.. pic.twitter.com/XivbduSXnx

Dont panic please.
In NPR, enumerators who visit your house will fill a column-if you are an Indian citizen or not, will seek documents. In NRC govt will have to set a cut-off date and the person will have to produce documents of that period. NPR was also collected in 2010 n 2015

Doing a thread on #NPR

To understand NPR, we need to understand wars & migration. The idea NPR came after the war with kargil in 1999. Where pakistanis entered India in civil clothes and we couldn't identify them. #IndiaAgainstCAA #IndiaAgainstNRC pic.twitter.com/FY5zdGLmkO

I&B Minister said there is no connection between #NPR and #NRC. But this reply of then MoS Home in July 2014 clearly establishes the link. Read the last paragraph of the second document. pic.twitter.com/Pxl48Hw9A8

Union Home Minister Amit Shah said there's no link between NPR & NRC. But his government linked it NINE times, often in Parliament. Was the government lying to us then, or now?https://t.co/BhsaMlvLNk

Section 14A of the Citizenship Act, NRC & NPR were all sought to be struck down.

This below is the Ministry of Home Affairs reply to a question on Rajya Sabha where they clearly say that "The NPR is the first step towards creation of National Register of Indian Citizens by verifying the citizenship status…" pic.twitter.com/oCs3PaYGMn

There are opposing views everywhere currently with some people stating that there is a link between NPR and NRC, with even some government documents stating the same.

However, Amit Shah and other government officials are clearly denying there being any connection of NPR with NRC.

What do you think? Is there a link between NRC and NPR? Let us know in the comments below.