HomeTechnologyThis Startup Has Come Up With A Phone-Levitating Charger
Technology

This Startup Has Come Up With A Phone-Levitating Charger

I must not be the only one who feels charging through wires is quite the hassle. And it gets even worse when the charger or the phone’s jack isn’t working properly.

I remember a time when my faulty charger only allowed me to charge my phone at a specific angle. The amount of effort it took to get my phone fully charged was unbearable.

But with technology on the path of constant ascension, we’re witnessing more durable and even wireless methods of charging.

The latest ambitious project called OvRcharge involves the phone floating in mid air as its battery gets replenished. How does it work exactly?

The deceptive piece of wood you see below the phone is actually a pretty advanced charger station.

By pairing it with a specified phone case, you’ll get a phone suspended two inches above the station and even spinning in a controlled manner to further enhance the effect.

“The two primary issues involved in magnetic levitation are lifting forces: providing an upward force sufficient to counteract gravity, and stability: ensuring that the system does not spontaneously slide or flip into a configuration where the lift is neutralized. Our team took that challenge, and today we are here with OvRcharge.”  AR designs’ founder and CEO Rukhsana Perveen told Digital Trends.

To put it simply, ‘Magnetic levitation’ is the secret behind this ‘David Copperfield’ of chargers. As you can see in the above picture, you’ll need to stick a massive magnet under the phone.

It creates a magnetic field when combined with the charger allowing the phone to be comfortably suspended in air.

As cool as it sounds, the charging speed of this charger will not be as high as that of the cable that came with your phone.

And if you’re worried about the fate of the phone in case of power outages as we all know how delicate smartphones are then rest assured as it won’t come tumbling down.

The station has an internal backup battery which allows the phone to stay up for another four to five hours in the case of outages.

The OvRcharge works with a variety of phones including all iPhones launched iPhone 5 and 5C onward as well as mainstream brands like Samsung, Sony and LG among others.

Could this potentially be the future of charging? Could phones be floating around as we go about our lives? What an exciting time to be alive!

Facebook
Twitter
Pinterest
WhatsApp
Previous articleTerrorist Attacks, Re-Elections and Pokémon Go: What All Sarcastic Happened This Week?
Next articleBrahmin Only Township- Is This a Joke or Do We Actually Live in Such Kind of World? 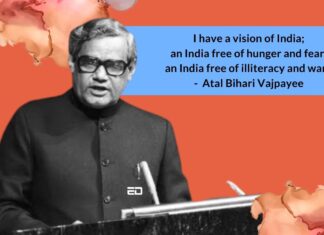