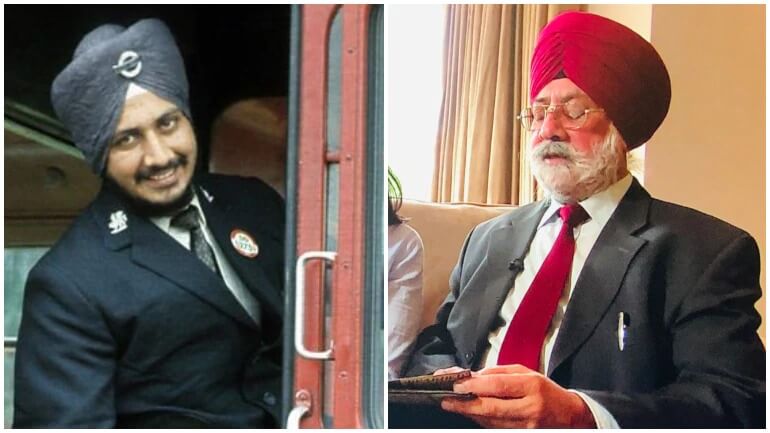 Sikhs are quite easily the most populous Indian community in UK and this migration had been happening even before India got independent.

And with them, they brought their own values and way of living, some of which were not accepted by the people of UK or their laws.

One of them was actually changed due to one Sikh man, refusing to take off his turban all the way back in 1967.

50 years ago my Mamaji, Tarsem Singh Sandhu fought for the right to wear a turban at work . The story was told to me by my mother long after it was forgotten in the press. He is a living legend and an inspiration who epitomises Sikh values. #turban #Wolverhampton pic.twitter.com/7tIb8D8gt1

Who Was This Man?

Tarsem Singh Sandhu, a local bus driver in the Wolverhampton region sparked a wave of change to come when he was fired for not shaving his beard and not removing his turban.

Mr. Sandhu had arrived in UK, while he was in his 20s some 50 years ago and one thing he noticed was how there was a clear lack of people wearing turbans.

In reports, he has said that racism was extremely high back then and even if he was brave enough to wear his turban then he would become the target of rude comments and mockeries from his colleagues.

He was also told that he would never be able to get a job with a turban.

While he was forced to cut his hair and shave his beard when he joined the Wolverhampton Transport Committee at the age of 23, signing the uniform policy, his mindset quickly changed after a short illness when he came back to work.

To give context, at that time, the committee had about 823 drivers, out of which 411 were Indian.

Their uniform policy stated that all the employees would be clean shaven while working and wear the uniform cap. All of them adhered to these rules.

When Mr. Sandhu came back to work in 1967, gone were his short hair and clean shaved face. Instead, he had his turban and beard back, but this time he was not removing them. 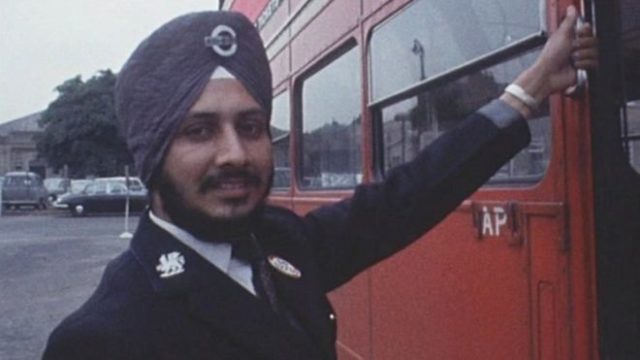 Even after he was told to go home and shave, he refused to do so, and in an interview, later on, stated that, “I never thought it would be as big a dispute as it was, because there was nothing wrong with what I was doing.”

Read More: In 21st Century Delhi Woman In A Restaurant Tells Girls To ‘Not Wear Short Dresses’ As It Invites Rape

The fact that he was removed from his job for this particular reason, brought about a wave of protest, with almost 6,000 Sikhs coming together to support him and lead a march to change the oppressive religious laws.

There were some bumps when his own union, Sikh community groups and local gurdwaras were not supporting his stance.

But it was the Shiromani Akali Dal that eventually offered him the help he needed.

When even after the 6,000 people in Britain and a 50,000 people strong protest held in Delhi itself, was not budging the makers on the law, Sohan Singh Jolly, the President of the dal’s UK branch threatened to set himself on fire.

According to Mr. Sandhu, the reason was that, “He said he would burn himself to death, because it’s not worth living in this country where the discrimination is that much.”

He set a deadline for 30th April 1969, but along the way there were many obstacles.

Particularly, one Enoch Powell the then MP for Wolverhampton South was keen on dismissing the whole protest and their cause, not thinking it to be anything big.

On 20th April 1969, he gave the infamous Rivers of Blood speech, and although he was fired shortly after that, his words had irked the public, who wanted Sandhu to bend to the English rules.

Through many trials and tribulations, the ban was eventually lifted on 9th April 1969, marking it as a historic day for Sikhs and religious freedom.

50 Years Since This Decision

Recently, it was the 50th anniversary since this ban was taken down, and many people commented on how it was a big deal back in 1969.

It's one of those great stories that's sort of been overwhelmed by Rivers of Blood, I think. A bit like Malcolm X going to Smethwick to sort out segregation just before he got shot.

Actually one of my earliest political memories, if not the very first. I remember my dad, a steelworker who spoke when he needed to, and never spoke of politics, getting mildly vocal about this bloke's right to wear what he thought was right. I remember us being surprised.

Marking 50 years since the so-called turban disputes, when Sikh bus driver Tarsem Singh Sandhu refused to shave his beard or remove his turban in order to wear the regulation bus driver's cap. His brave actions led to a change in legislation about religious expression at work. https://t.co/CuIfXfy2uN

It is important that such stories get more attention to understand the work that has gone into creating a slightly more equal society.

Because of Mr. Sandhu’s refusal to go along with such an unfair law, in recent times, more and more Sikh British people are wearing their turbans with pride.

As per sources, more young Sikh people are wearing turbans, and what more, quite recently, we saw the first Sikh guardsman to wear a turban, Charanpreet Singh Lall, while he was a part of the Trooping the Colour parade.