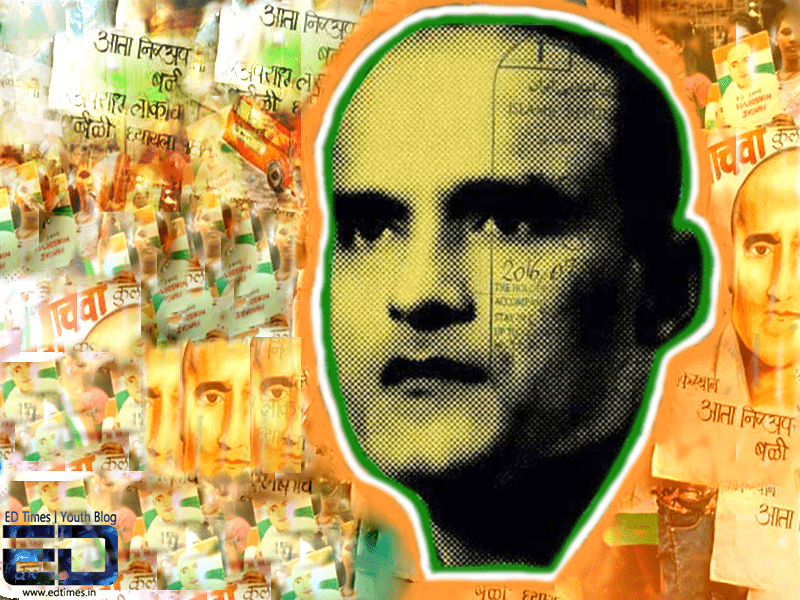 On 18th February, 2019 began the four day hearing of the Kulbhushan Jadhav case at International Court of Justice in Hague, Netherland.

India presented its arguments at the forum in the strong voice of Mr. Harish Salve which led the ICJ to quash the verdict of the execution of Kulbhushan Jadhav by Military Court of Pakistan until the case is pending.

What is the Kulbhushan Jadhav Case?

Kulbhushan Jadhav was arrested in Pakistan, in March 2016 on grounds of espionage and leading terror activities in Pakistan.

The Military Court of Pakistan in 2017 sentenced death penalty to Kulbhushan Jadhav claiming him to be an Indian Spy carrying out terrorist activities among the civilians in province bordering Afghanistan.

However, despite the video released by Pakistan, where Jadhav admits of being guilty, India claims that Jadhav was an ex- Navy officer and had no connections with RAW whatsoever.

While Pakistan released a passport of Jadhav bearing a Muslim name, India still stands on its claims of Jadhav being present in Iran for his personal business purposes rather than an espionage mission.

India claims that Jadhav has been kidnapped from Iran and falsely accused to give heed to “Pakistan’s propaganda”.

Why has India taken the case to ICJ?

While questions of Jadhav being an Indian Spy still stands erect, India’s plea of withholding the death sentence was centered on two main reasons.

India argued that “Article 36 of the Vienna Conventions grant rights of consular access in all cases including where allegations of such kind are leveled, then demanding those can’t be an abuse of those right.”

Moreover the proceedings on Kulbhushan Jadhav case was being executed in the Military Court of Pakistan which is arguably ‘opaque’ and therefore leaves no clarity on the authenticity of the “justice” in the case that involves execution of a person from the enemy’s land.

Therefore my question as a citizen of India resonates with Harish Salve’s question:

How can we believe that Justice is being granted in the Military Court of Pakistan when it is happening within the closed walls, on the basis of videos that could be doctored?

On 20th February, the counsel of Pakistan, Mr. Khawar Qureshi, requested the court to dismiss the case as they argued that a lot of countries in the past including USA and USSR have denied consular access in espionage cases under the Vienna Conventions.

Pakistan made a direct hit on Prime Minister Modi and National Security Advisor to PM, Ajit Doval, calling him “India’s self styled superspy”.

He quoted Ajit Doval, “Once they know that India has shifted its gear from the defensive mode to defensive offence, they will find it is unaffordable for them. You can do one Mumbai, you may lose Balochistan.”

So it is basically Pakistan’s call to take it as an offence against terrorism or Pakistan itself. Provided they are not two sides of the same coin. Just saying.

The major highlight of Pakistan’s argument, however, for me was when Mr. Qureshi quoted Indian Media as evidence to claim that Jadhav is really an Indian Spy.

Honestly, I wouldn’t dare to quote the Indian Media to win a Facebook argument and the dude out there is presenting it as evidence at International Court of Justice.

The last time I saw it, Indian media was questioning the caste of Hanuman ji. I am not really sure if they are sure about what they know. Besides, can we do that in ICJ?

Not that I don’t appreciate his faith in Indian media, but the least they could do is NOT TO follow the footsteps of Indian Media and release doctored videos FOR GOD’S SAKE!

Related: Why Is Everyone Still Not Isolating Pakistan After Pulwama Attack?

Let’s Talk About the Language !

Mr. Qureshi in one of his arguments said, “India is living in a wonderland. It is sitting on a weak wall of lies just like Humpty Dumpty and on one day will have a great fall.”

However fascinating or sarcastic the statement may sound, a mere law student in India would tell you how it disgraces the essence of the court.

As pointed out by Salve, “India takes exception to being addressed in this fashion in this court.” He further went on to add, “Humpty Dumpty has no place in this court.”

So how about we tell Pakistan to let Bollywood use “Humpty Dumpty” instead?

Among all the claims of whose side of the story is right, we would let ICJ take its course. While the judgment is still awaited in summer, we here sign off with hopes of peace and tolerance in both the countries.