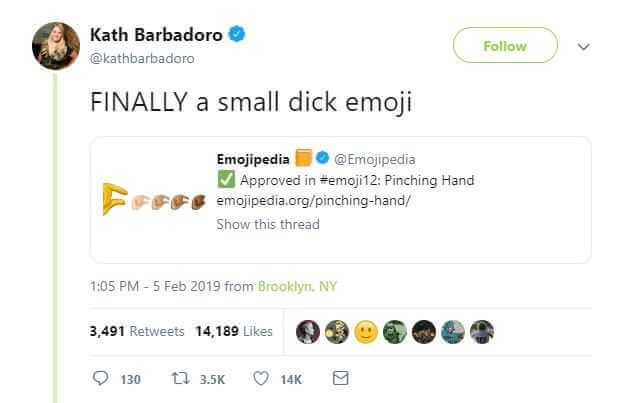 WhatsApp is often coming out with new emojis or changing and modifying the old ones.

A lot of hype was created when the platform decided to bring in more representation in its human emojis such as having more skin colours, along with LGBT representation.

Most recently though, the Period emoji, a single red blood drop, also made news since it came after about 50,000 people campaigned for it with it aiming to normalise period talks.

However, there are also several different emojis that might have an alternate meaning that you might not be privy to.

Allow me to enlighten you all.

Starting from the most recent itself, the period emoji is not just for menstruation, but has been given the double meaning of when you want to harm somebody.

People in a couple of my chats have started to use it to show how they can destroy somebody and that they should not be taken lightly.

This one got a lot of attention on social media, that is the pinching hand emoji.

Apparently, many people immediately jumped to the only meaning that made sense and that was to show the size of a man’s junk.

Basically, this came to mean a small d*ck size.

The Rickshaw emoji is just a plain Indian rickshaw in black and yellow colours, and is part of the transportation category of emojis.

But Indians have figured out an innovative way to use this one and that is to say no. This pokes fun at how autowallahs never say yes to anywhere in the first place or sometimes at all.

The autowallah problem is one that almost every Indian can relate to, since it is truly a rarity that you find one who will take you to your destination in the first go and if they go by meter, then they are truly God-sent.

Read More: Top 10 Emojis That Are Misused In Work And Professional WhatsApp Chats

A recent new modification I noticed was how the smiley face with the angel halo is slightly crooked now.

This could indicate that the person using it is not as innocent as they are making themselves out to be.

It might be a bit difficult to notice and could be an innocent way to show how angelic you are but perhaps only you would know the truth.

If you thought only the eggplant and peach emoji were dirty, think again.

Similarly, online it has been noticed how the cactus is also phallic shaped and thus could be used as an alternative to the eggplant one.

I feel that the cactus one can be used more as an insult or a way to show harm to somebody if they are pestering you.

These were just a few of the many alternate meanings that WhatsApp emojis have, let us know in the comments below if we missed out on any.

Period Emoji: Is This What The Society Needs To Normalise Period Talk?