Marketing is only getting more and more creative with each passing day and brands are finding new and innovative ways to advertise their brand and even achievements in order to appeal to the audience.

But seeing StarHub create a whole new band just to promote how fast their network is would definitely be something that we have not seen before.

Apparently, in a slew of recently released ads on YouTube and other platforms, StarHub brought together the world’s fastest band comprising of some of the fastest people around the world, in order to talk about the brand having the fastest unlimited network.

The ad created along with BLKJ Singapore, came out after StarHub was ranked as No.1 in Singapore at the OpenSignal Speed Awards in Singapore.

What Is The Ad All About?

The 60-second music video brings together 6 individuals from around the world, who are considered to be the fastest in that area.

The video started with the Backpack Kid Russell Horning, who’s iconic dance move now called the ‘floss dance’ of swinging his arms in a certain way took the world by storm. The child became a viral internet sensation in 2015 for that very signature dance move called flossing and it has only risen in popularity after being featured in the Fortnite game.

– Satoyuki Fujimura, known to be the world’s fastest finger snapper, to

– Fastest pianist in the world Antonio Domingos, and even including strange ones like

– Sadatoshi Watanabe, the fastest bum skipper in the world and

The music video has each of these people, acting out their iconic move individually and the sound that is created from it is then eventually meshed together in a “supercharged symphony”. 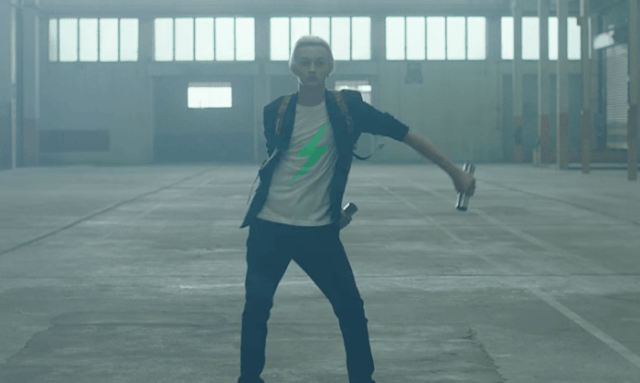 Read More: Is Raftaar’s ‘Mantoiyat’ For Nawazuddin Siddiqui’s Manto A Copy Of BTS RM’s 2015 Do You?

A Creative Way Of Advertisement

One has to give props to the makers of the spot for their creativity and out of the box thinking.

It is not an in-your-face type of marketing and uses a unique way of getting the message of the brand across that they are the fastest out there right now.

This is part of a campaign that is supposed to run over the course of the next few months and includes various other types of content such as introducing each member of the band and then releasing the full video. The integrated approach will have print, TV, outdoor and cinema and supposedly will even have the members trying to best their own records and setting new ones.

An interesting quote that Rowena Bhagchandani, CEO and co-founder of BLKJ made to Marketing Interactive was how they very deliberately chose people who were famous from platforms like YouTube or Instagram instead of going for the typical celebrity endorsement.

She said that, “We took a social-first approach for this campaign. A strategy that we believe reflects shifts in consumer tastes and behaviour. Instead of creating one big film and pulling it down to multiple cutdowns, we created multiple pieces of content that pull up to that big film.”

It certainly shows a shift for advertisers who believe that people can relate more to these people who shot to fame doing normal and sometimes weird things as opposed to popular celebrities.

In Pics: 5 Indian Artists And Bands You Should Hear If You’re Into Progressive Rock