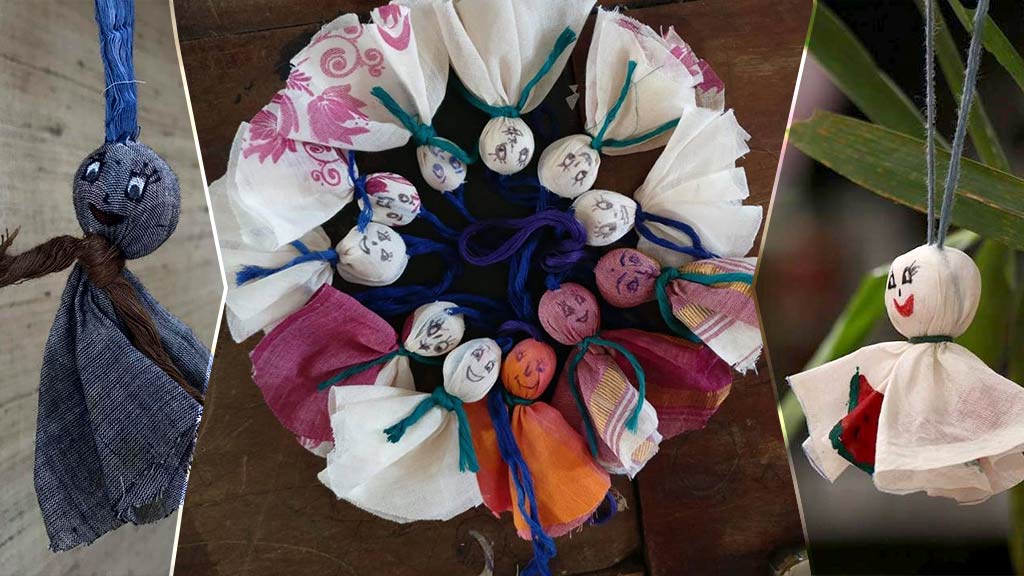 The 2018 Kerala floods left the state paralyzed and took away around 500 lives. Even after the destructive waters died down, people found it almost impossible to get back to their routine lives due to the immense property loss.

But just like a phoenix, Kerala rebuilt itself out of the ashes it was left in. Remarkable symbols of this are the Chekutty dolls of the Chendamangalam handloom which have amassed worldwide popularity over a span of few months.

The floods crippled the age-old handloom village Chendamangalam in the Ernakulam district of Kerala. With their machinery and raw materials destroyed, the weavers felt a surge of despair and an inability to regain their lost livelihood.

Two entrepreneurs Laxmi Menon and Gopinath Parayil stepped forward to raise funds for the handloom in an innovative way. They fashioned tiny dolls with bright smiles out of the soiled and ruined cloth pieces that were left behind.

‘Chekutty’ is made from two Malayalam words- ‘Cheru’, meaning mud or soil and ‘Kutty’ meaning child. Chekutty then represents the resilience of a muddy-child who has braved the ravages of the floods.

“Chekutty is a mascot of the emerging Keralam, being rebuilt through our solidarity, resilience and beauty of hearts despite some of the stains and scars that will remain in our lives. Chekkutty has scars. Chekkutty has stains. But Chekkutty represent each one of us who survived the floods.”

In a talk with The Print, Laxmi elaborated how the creation of the Chekutty was a profitable venture for the weavers. A normal six-yard saree would sell for about Rs. 1500.

Around 360 dolls could be made out of one saree, and each doll was sold for Rs. 25. This earned the weavers a much higher amount, about Rs. 9000.

Also Read: Ways In Which Society Strangles Our Creativity (And Stomps On It Till It Dies)

The Global Demand For Chekutty:

The popularity of Chekutty dolls has cut across geographical boundaries and is in huge demand worldwide. After people came across it through social media platforms, people have been making bulk orders through Facebook and Whatsapp. 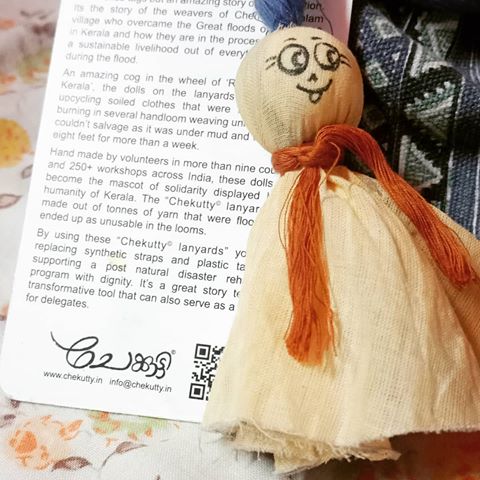 Silicon Valley launched a mobile app in September 2018 to extend the reach of the dolls from a local market to the international one.

As reported by The Times of India, the World Bank placed a bulk order for the Chekutty dolls for the UN World Conference on Disaster Risk Reduction which was held in Switzerland’s Geneva last month. Also, workshops for making the dolls have been held in USA, France, and Germany along with several other countries.

What sets the simplistic Chekutty dolls apart from the bedecked modern dolls is the fact that they embody the optimism and strength to rise anew after disasters, with sparkling eyes and a warm smile.