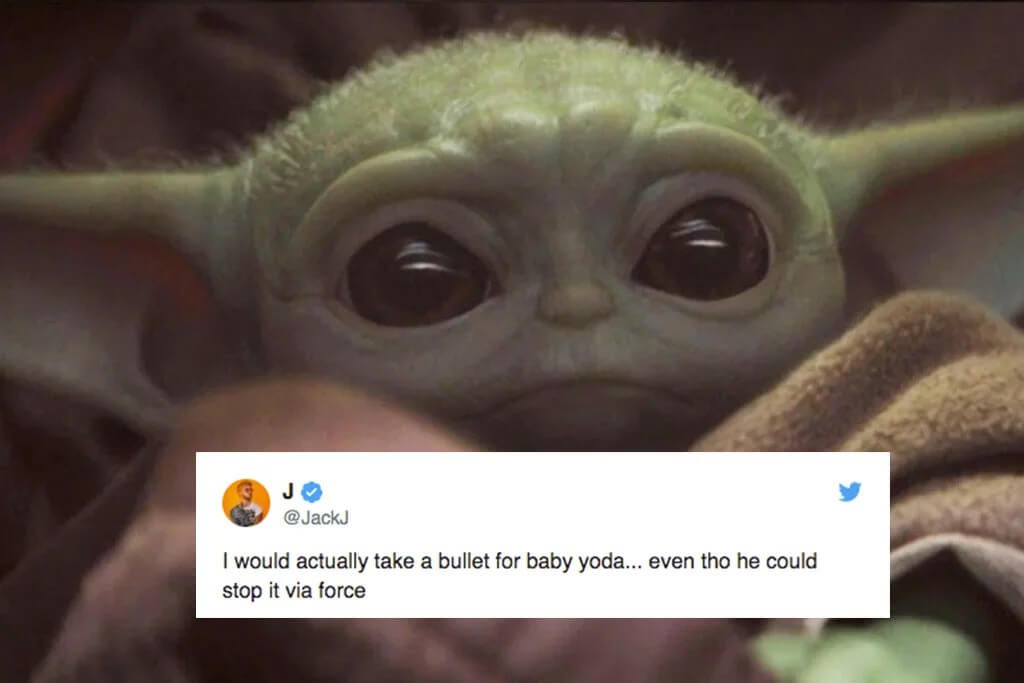 Disney surely knows how to make people spend money on it and their products and what better way to go about it than creating one of the cutest creatures of the year.

Last Friday the third episode of “The Mandalorian”, a much acclaimed series by Disney’s new streaming service Disney Plus came out.

And with it a barrage of tweets and posts of people unable to hold themselves back came, all of them talking about “Baby Yoda.”

The premise of the show is set some time after “Star Wars: Return of the Jedi,” and so the new creature seems to be another of Yoda’s species.

For those who are unaware, Yoda from the original Star Wars series is one of the most powerful members of the Jedi Order. Also called ‘Jedi Master’ he made his first on-screen appearance in The Empire Strikes Back (1980) when he trained Luke Skywalker.

Until Star Wars: Force Awakens, Yoda was considered to be one of the oldest characters in the Star Wars universe. Along with that, he was also a fan-favourite with his odd speaking style being mimicked by almost everyone.

So a baby version of the same was sure to get a lot of attention.

Who Is Baby Yoda?

Currently the creature is simply being referred to as ‘baby Yoda’ considering the uncanny resemblance he seems to have with the older character.

However, the makers have not yet revealed their name nor whether they are from the species as Yoda. Dave Filoni, the director of the first episode of the show has also approved calling the creature ‘baby Yoda’ at least until more information is revealed about them.

Not much is known about the species Yoda is from anyway so right now everything is just speculation. Although from the episode it was revealed that this ‘baby’ itself is at a good age of 50 and the earlier Star Wars movies had the older Yoda at 900 years old before he died.

The baby Yoda can also yield ‘The Force’ as has been seen in various instances during the episode, the biggest being when he saved the Mandalorian himself.

Some theories are saying that baby Yoda is a clone of the original one, while others believe that the creature could be an offspring of Yoda and Yaddle. 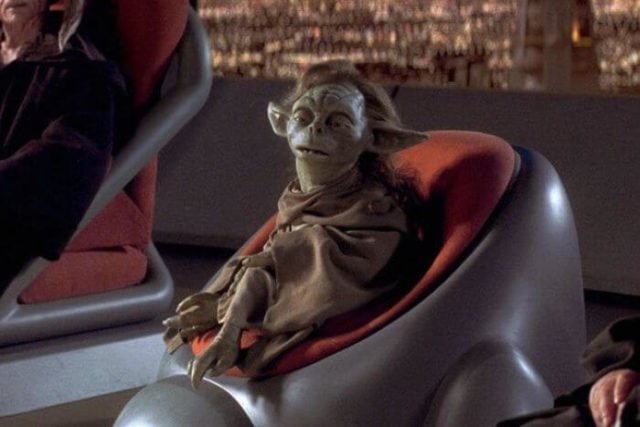 Yaddle was a background character who made her appearance in the prequel trilogy. Again not a lot of information available on her, whether she even had a relationship of any sort with Yoda, just that she is from the same species as him.

Read More: Filmi Rants: The Percy Jackson Duology And Why It Is More Parody Than Film

The character has left Twitter in a tizzy with people spazzing over how cute and adorable it really is.

Look at those eyes! Don’t tell me it doesn’t make you melt into a puddle of goo.

The power this little creature has… to unite the whole of Star Wars fandom.

can not bELIEVE that it took one green 50 year old baby to unite the entire star wars fandom for one cause pic.twitter.com/gY445S08Ir

To be honest, the only Disney princess for me, none could even dare to match the cuteness of baby Yoda.

Cutest Disney princess I am. pic.twitter.com/phlXLePjkU 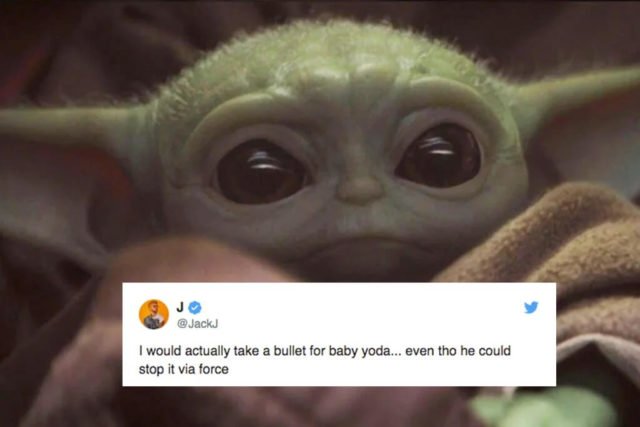 Well, all of us really. The scene where he is being scanned genuinely made me want to grab baby Yoda and run to safety.

baby yoda: makes cute noise when being taken away

the mandalorian under his mask: pic.twitter.com/uRQU7JY0xi

If it takes you any longer then you need to get checked really.

Me approximately 0.27 seconds after #BabyYoda appears on screen #TheMandalorian pic.twitter.com/Ry5t7QswUv

Any scene of baby Yoda travelling in its little transportation device was absolute devastation.

Look at his little big ears flapping around!!! #BabyYoda pic.twitter.com/bM3lgmhnQ1

[first episode of the Mandalorian]

Wife: I don’t like Star Wars-oh my god look at baby yoda squee!

[third episode of the Mandalorian]

Wife: the message boards think remnants of the empire might be after baby yoda’s midi-clorians if they hurt him I’m canceling Disney+

Frankly, I don’t have any particular affinity towards kids, in fact they terrify me in all honesty, however, I would give my life in order to protest this cuddly and adorable green creature from any harm.