Home Social Opinions The Veil Or Burqa Should Not Be Assumed To Be A Symbol... 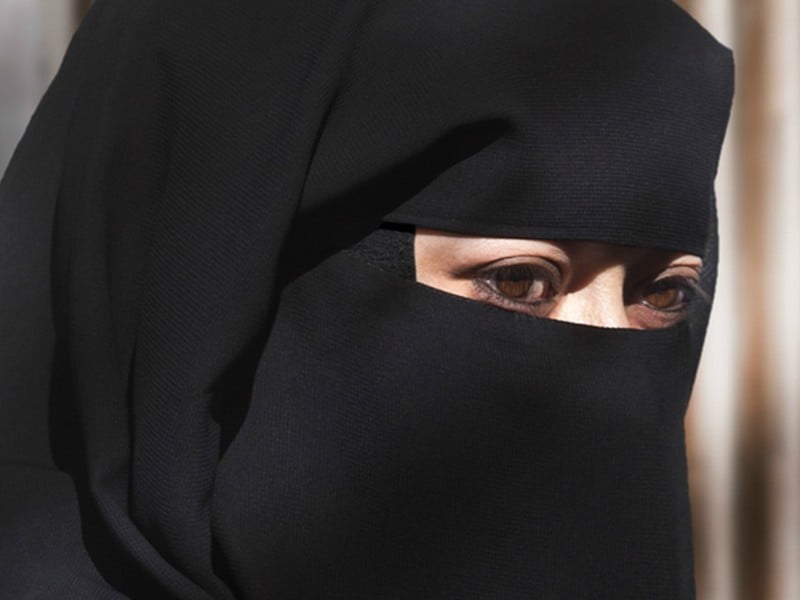 Veil feminism is an emerging concept that argues whether women wearing the veil or burqa can be simply assumed to be oppressed or disempowered under patriarchy. Isn’t it possible that wearing the veil is not only a matter of choice but also a symbol of community-specific values?

In that case, it is certainly unwise to assume at the surface level that anybody wearing the veil is an oppressed woman.

Let us look at some of the key points on how we can understand the veil better:

Why is it regarded as a cloth-piece of oppression?

The veil came to be understood more as a symbol of subjugation and less as an individual choice because it was portrayed to be so. For instance, let us look at this picture titled “Arab Woman” from 1910, produced by one of the German photographic firms based in Egypt at the time: Images such as these stand for the entire Arab community and seem to promote the idea of an exotic, oriental woman.

But do we instead stop and think about the concerned woman in particular and what she was really like? Instead, all our attention is focused on her attire, especially the veil.

So is it not important that we revise the notions we have?

Related: QuoraED: What Do Indian Muslims Want People Of Other Religions To Know About Them

A very influential comic character was developed in Pakistan named Burka Avenger. It is an animated television series founded by Unicorn Black Founder and international pop star Haroon. The series has received worldwide acclaim for its promotion of female empowerment values.

It features a female superhero wearing a burqa to hide her identity while fighting villains. This is a splendid example of a confident and powerful woman even as she is veiled. The audience is led not to focus on her dress but her actions.To add to it, it comes straight from the Islamic community of Pakistan where women have chosen to wear the burqa.

This is evidence of how the perception of something is merely a matter of representation.

The veil in India

In parts of India, even women belonging to the Hindu community wear the ghoonghat. They may not wear it all the time but pull over their ghoonghat as a mark of respect to elders or other men apart from their husbands. Shall we then force them to do away with such practices too in the name of feminism?

Or would it be better if we begin to look at it in a different manner?

The ghoongat is a practice of the personal space that leads a woman to show that they must be respected and also of their status in the society as a woman.

Similarly, the burqa or hijab defines the woman’s social rank, class, and status. These are values within a community that the outside world does not understand. Why then create a taboo around it?

Just as all women are different, so the brand of feminism each one of them is entitled to also varies with respect to the ethnic or religious community they belong to.

This must be respected rather than forcibly asking women to do away with their choices of clothing. After all, a piece of cloth is not a woman is all about.