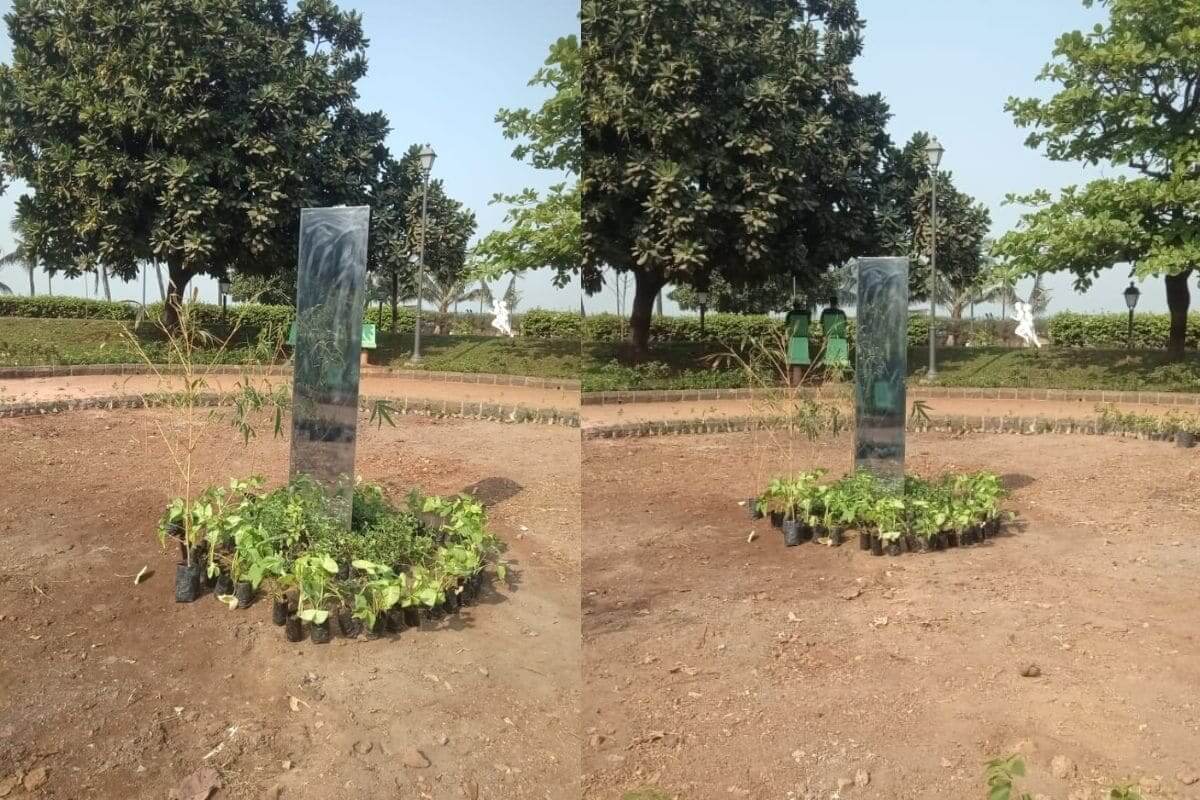 Just when we thought that the mysterious monoliths were gone, never to be seen again, one more recently popped up in Mumbai.

These monoliths, a tall three-sided reflective structure made of stainless steel, were the talk of the talk last year and much of January this year too.

They first appeared in Utah in the United States of America in December of last year and from then on were spotted in various other locations.

The monoliths were, however, not just limited to America, but were found across the world in several countries.

People went crazy trying to figure out what they meant, what was their purpose, why were they placed at a certain location and more. Often these structures would be at a location for a couple of days and then vanish as mysteriously as they appeared.

Recently, a similar monolith structure, with three sides and covered with metallic sheets was seen at the Jogger’s Park in Bandra, Mumbai.

This monolith that is located in the exact center of the park is around 12-foot tall and is surrounded by multiple bags of saplings on all sides.

Apparently, this was first spotted by Asif Zakaria, a Bandra Municipal Councillor, who posted about it on his Twitter along with a few images of the monolith.

It has also been noticed that the structure has lines of numbers engraved onto it and some people are wondering what it could be about.

Reports believe that it could be something related to nature and the conservation of wildlife and the environment.

India had already received its first monolith appearance in Ahmedabad a few months ago. It was seen at the Symphony Forest Park in Thaltej a town in the city.

As per reports though, it seems that the structure was placed there by authorities who were in charge of the maintenance and development of the park. The Ahmedabad Municipal Corporation was reportedly aware that the monolith was placed there.

Several people commented on the sudden appearance of the monolith.

Let us know in the comments below on what reason you think this monolith appeared in Mumbai.

Are Aliens Responsible For Mystery Monoliths Appearing Across The World?