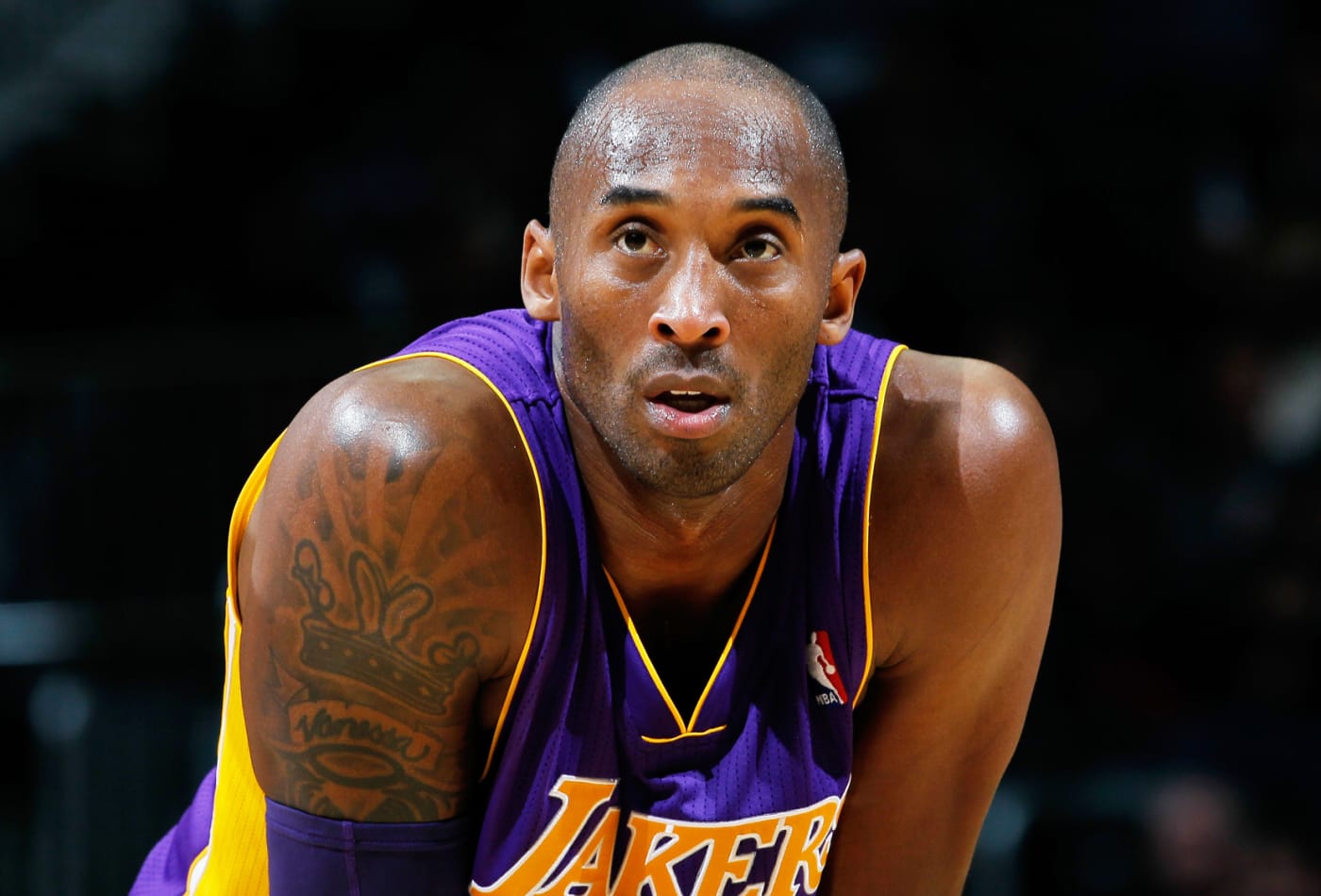 The basketball world woke up to shudder this past morning as the news of basketball legend Kobe Bryant’s death spread like wildfire. The news came as a devastating shock to all. The news was too horrid to be true but it turned out to be a harsh reality.

The retired Los Angeles Lakers star was among the nine people who were announced dead due to a helicopter crash near Calabasas, California. Kobe’s 13-year-old daughter Gianna also passed away in the accident. 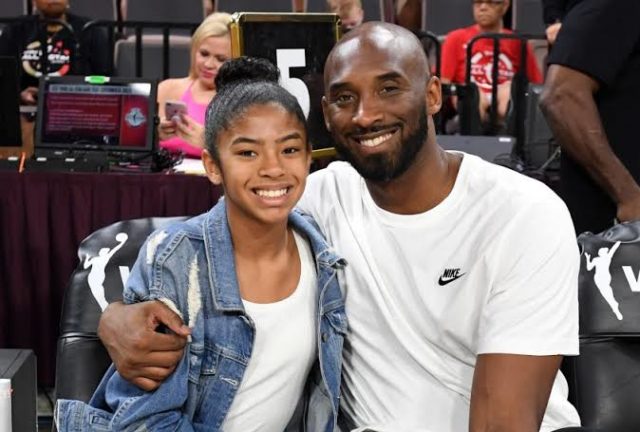 Bryant lived on the south of Los Angeles in Orange County for much of his adult and professional life. He was known for his habit of using helicopters as a daily commute often. Even after his retirement, Bryant attended his meetings and business by choppers.

Bryant, 41 and his daughter along with seven others boarded the flight on the morning of 26th January. Kobe and Gianna were reportedly going to a basketball game at Kobe’s sports academy. He was supposed to train her as well. Gianna was well known for her love of basketball and aim to follow her legendary father’s footsteps.

Merely 40 minutes after they boarded the flight, the helicopter lost control and crashed into a nearby hillside in Calabasas. As soon as it crashed, the copter caught fire.

Los Angeles Fire Department came to the rescue and tried to control the fire as much as they could. The rescuers later confirmed that all 9 passengers have passed away.

Other than Kobe and Gianna, the other passengers were – Orange Coast College baseball coach John Altobelli, his wife Keri and daughter Alyssa (friend of Gianna), elementary school basketball coach Christina Mauser, Sarah Chester and her daughter Payton and the pilot Ara Zobayan as reported by local news. 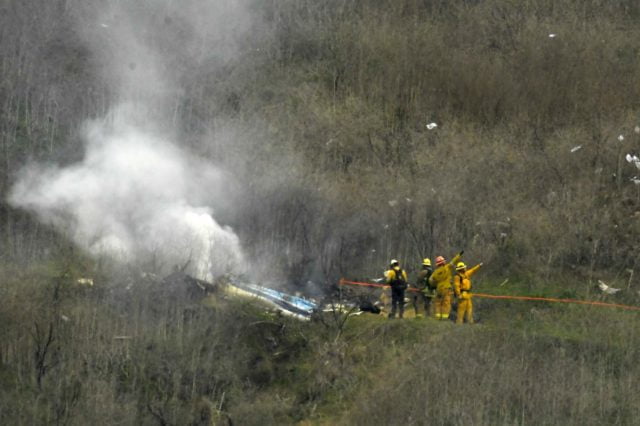 The Federal Aviation Administration (FAA) and National Transportation Safety Board are investigating the crash with the FBI’s assistance. A team from NTSB is scheduled to investigate and search the site.

Various reports have blamed the weather condition, instead of mechanical failure, for the crash. The weather report states that the weather was extremely foggy. Even the satellite pictures failed to capture the crashed helicopter due to this.

The bodies are not yet found and it is reported that it will take at least a few days to rescue and identify the remains.

Read More – Sportspersons Should Be Supported Before They Win Anything, Felicitations Afterward Are Worth Very Less

Many celebrities, politicians and fans mourned the Mamba’s death.

Fans laid flowers and lit candles on the door outside the Mamba Sports Academy in Thousand Oaks, California (where everyone on the copter was headed). 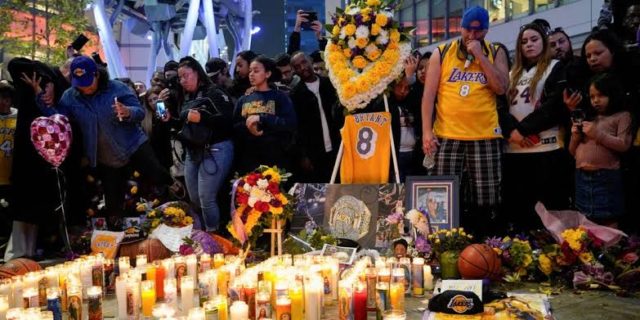 Shocked and distressed fans gathered at the Staples Centre, where Bryant’s playground during his 20 seasons long tenure with the Lakers is. They mourned the five-time NBA champion and the Lakers’ all-time leading scorer with posters, slogans, magazine covers, flowers, jerseys etc.

The hashtags #RIPMamba and #RIPKobe were trending on Twitter and various other social media platforms.

Los Angeles Mayor Eric Garcetti said in a statement, “Kobe Bryant was a giant who inspired, amazed, and thrilled people everywhere with his incomparable skill on the court – and awed us with his intellect and humility as a father, husband, creative genius, and ambassador for the game he loved.”

Another legend, Michael Jordan tweeted “….he was like a little brother to me. We used to talk often, and I will miss those conversations very much. He was a fierce competitor, one of the greats of the game and a creative force.” 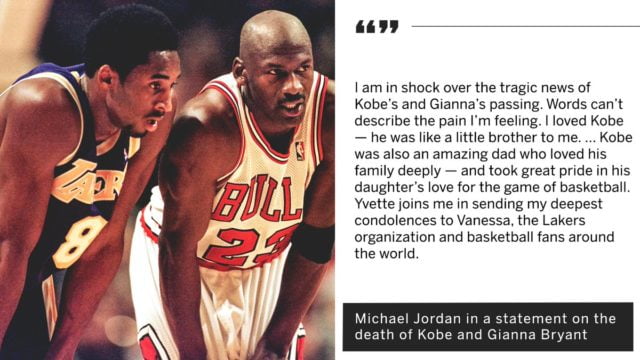 Former US president Barack Obama tweeted, “….to lose Gianna is even more heartbreaking to us as parents. Michelle and I send love and prayers to Vanessa and the entire Bryant family on an unthinkable day.”

But some are against the ‘worship’ of the late star and maybe, rightly so. Kobe was involved in multiple scandals throughout his career including a sex offence in 2003. A 19-year-old girl filed a sexual assault complaint. She claimed that Bryant has raped her.

Bryant, who was married at that time, denied the incident at first but later admitted that the sexual encounter was consensual.

The charges against him were dropped after the girl refused to testify against him. Reportedly there was an out-of-court settlement.

Kobe got a second chance in life where he played and won two titles. He retired in 2016 as the third leading scorer in NBA history. This Saturday, Lebron James replaced him for the third place.

Kobe is survived by his wife and his three daughters.

Our thoughts and prayers are with the Bryant family. May the legend and all gone souls rest in peace.

Why Does No One Speak Of The Indian Women’s Basketball Team?