Do You Know About Surrogate Advertising? We Demystified It For You

Very simply put, surrogate advertising refers to a type of advertising in which banned products are promoted in the disguise of another product.

This form of advertising uses a close product category to promote the brand of the banned product, such as alcohol or cigarettes.

Thus, although the banned product is not directly shown and is hidden in the ad, it still gets branded and creates a high recall rate as the brand name has been drilled into the mind of the customer. This way, people associate with the product and so it is advertised, even without being referred to. How did it start?

It started many years ago in Britain, when housewives protested against liquor advertisements, consequently leading to the ban of the same.

From hereon, affected companies started to promote other drinks like juice and soda under the same brand name, thereby giving birth to surrogate advertising.

Why is it done?

It is done to promote and advertise banned products.

If it weren’t for surrogate marketing, there would be no way to market such products, and few people would be aware of them, thereby limiting customers and business scope and potential.

Yes, it does! Half of the people watching the ad can infer and understand the actual product that is being advertised through the surrogate product.

They recognise the brand name, associate it with the product, and thus recall it.

Here are a few smart and creative examples of surrogate advertising, that tactfully do the trick. If you pay careful attention, you’ll notice the indirect inferences.

Read More: How to Get Your Website Off the Ground On a Small Budget

“You know what we do. Probably the best in the world.”

The Mega series, association with: “It’s your life. Make it large.”

“Come to where the flavour is. Come to Marlboro Country.” Tired Of Skipping Youtube Ads? Here’s Some Good News For You! 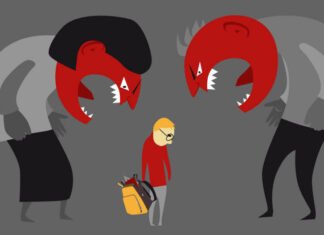