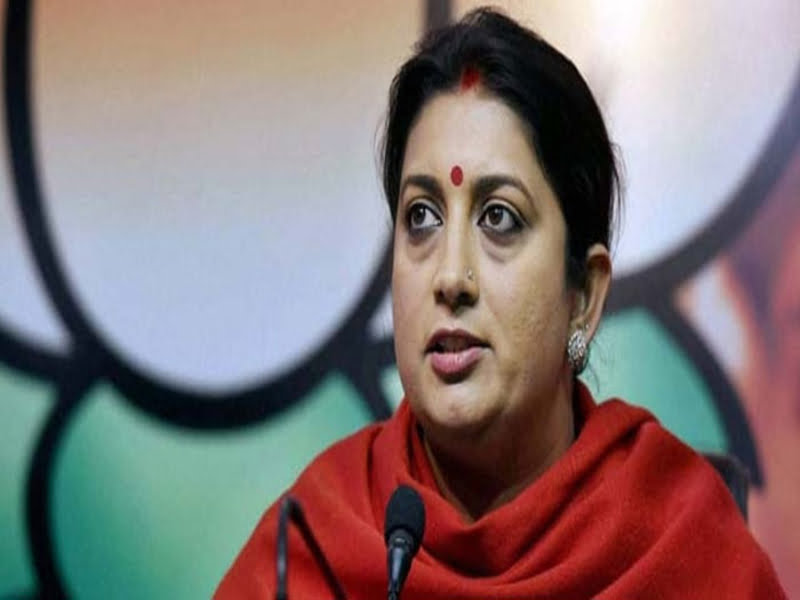 On the eve of the Karnataka poll results, the BJP concluded what looks like to be its final cabinet reshuffling before the 2019 Lok Sabha Elections.

In a surprise move, Prime Minister Narendra Modi gave Railway Minister Piyush Goyal additional charge of finance in place of Arun Jaitley who will need an extended period of recuperation after his successful kidney transplant surgery.

What didn’t strike as a surprise to many, was the fact that the Information and Broadcasting Minister Smriti Irani was made the scapegoat and demoted from her position in the I&B ministry, leaving her with the relatively low-profile textiles ministry, with her deputy Rajyavardhan Rathore promoted to be given the charge of the I&B ministry.

Kendriya Vidyalayas were ordered by the ministry in the middle of the academic year, with only 3 months left for the annual exams to stop teaching German as the third language and instead switch to Sanskrit, which brought on wide criticism.

In a world where learning foreign language holds vital importance to having a competitive edge, this seemed like a bizarre and hyper patriotic move.

The Rohit Verma suicide controversy saw a complete mishandling of the situation from the HRD ministry. The matter slipped out of the hands of the ministry and even during the JNU controversy the opposition was almost successful in creating an ‘anti-student’ and ‘anti-youth’ image of the ruling party.

A large section of the ruling party argued about the lack of political dexterity shown by her, which could have resolved the situation.

There were tussles with the PMO over the degree of autonomy that the government proposed ‘world-class universities’ would enjoy. This did not go well with the PMO.

Not only this, what added fuel to the fire was her frosty relationship with the party president Amit Shah. Whether this demotion from the HRD ministry was out of personal vendetta of a long standing spat with Amit Shah or out of genuine political framework, will remain a mystery.

Related: In Pics: Who Is Deve Gowda, The Leader of the JD(S) Who Could Play A Crucial Role In Karnataka

What made her lose the I&B ministry?

In November last year, the ministry dropped the film Nude and S Durga from the 48th International Film Festival of India. This move came without the knowledge of any of the jury members who had initially chosen the film to be screened.

This decision of Irani’s, made many members of the Jury, including its head, Sujoy Ghosh resign from their respective posts.

Last December, the ministry issued an advisory asking television channels not to air advertisements promoting condoms between 6 am and 10 pm, holding them “indecent/inappropriate for viewing by children”.

This move was heavily criticised, considering the ban was only on advertisements with sexually explicit content.

Well, sex education still seems to be a distant dream.

During the release of the movie Padmaavat which saw large-scale protests around the country from right-wing groups such as the Karni Sena, Smriti Irani was once again accused of staying silent during the controversy.

Eventually, the movie had to change its name from Padmavati to Padmaavat. The thing that was baffling was the fact that the movie was cleared by the I&B ministry but was banned from screening in many BJP-ruled states.

The Prasar Bharti standoff went a long way in tarnishing Smriti Irani’s image. The I&B ministry did not release the money to Prasar Bharti for January and February, forcing the channel to pay its employees using their contingency funds.

Even PM Modi did not hold back with her. She was left red-faced after PM Modi overturned her fake news directive which was issued to curb the spread of misinformation.

Last but not the least, Smriti Irani moved away from the long-standing tradition after it was announced that President Ram Kath Kovind will be presenting only 11 out of 140 trophies, with Smriti Irani presenting the rest. The I&B ministry only informed about the break in tradition to the award winners on the evening prior to the event. As a mark of protest, nearly 70 people refused to collect their awards, in a ceremony held in New Delhi.

Well, crisis and controversy are the two words which have marked the tenure of Smriti Irani in the positions she has held for the past 5 years in the Modi Government.

She has been accused of gaining ground in the political fray due to her stormy and tempestuous nature and not because of her work. It remains to be seen whether she can rise above the shackles and reach the heights in the BJP that the likes of Sushma Swaraj have achieved.

Sources: Economic Times, The Times of India, The Week

In Pics: Who Is Tripura CM Biplab Kumar Deb And What All Dumb Things Has He Spoken So Far