Home ED Originals Should You Feel Bad About Killing Spiders, Ants or Bugs? Our Bloggers... 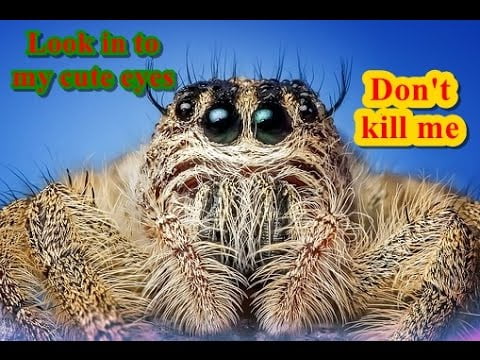 The plain sight of a spider gently moving its two fangs while feasting on its prey tangled up in the silken web would spook me up to the extent that I have had nightmares of a gigantic spider crawling towards me.

I wondered what I should end up doing in order to get rid of my fear.

Should I get square with killing spiders only because they scare the bejesus out of me?

And I think about the simple encounters where I walk across the room and step on an ant. You just try to dismiss the killing by reminding how insignificant small lives can be.

Now, imagine ourselves at the mercy of a giant who takes no second thought while stepping on us.

Aren’t we the same insignificant ants being thrashed by the more significant humans?

I have my reasons for not killing spiders or ants until a situation calls for self-defense.

I know for a reason when you are at home, spiders and bugs are pretty harmless and I do not intend to kill them just for the sake of my convenience.

P.S.: Killing spiders will only increase the chances of them becoming extinct!

Even the tiger doesn’t kill every deer in the jungle. It only kills when necessary. This is what entails being a part of nature.

You mind your own business and don’t set out to destroy the environment or ruin species just for the sake of fun.

You Can Also Read: Flood Relief Shelters In Kerala Cleaned, North Indians Would Have Left Them Dirtier: Our Bloggers Argue Over A FlippED

I don’t understand why one wouldn’t want to kill a spider, ant or a bug if they are being a nuisance.

Now don’t get me wrong, I am all in for animal rights. I am not suggesting that you should kill all insects for fun and make a game out of it.

All I am saying is that if a bug, insect or whatever is a nuisance to you and you know it’s going to harm you in some of the other ways what’s the point of not killing it?

And the same argument can be extended to any and all animals.

I mean you wouldn’t spare a tiger and not pull the trigger on it when you know it’s going to kill you! Then why take a softer route for the insects and bugs?

So, yeah. My argument is plain and simple. If the insects and/or bugs don’t harm you let them live in peace but if there is a situation where it needs to be done, why refrain?

Face Authentication Will Now Be Mandatory For Aadhaar Verification