Home ED Originals Shashwat Mishra a.k.a The Quixotic Shares His Experience In The Indian Hip... 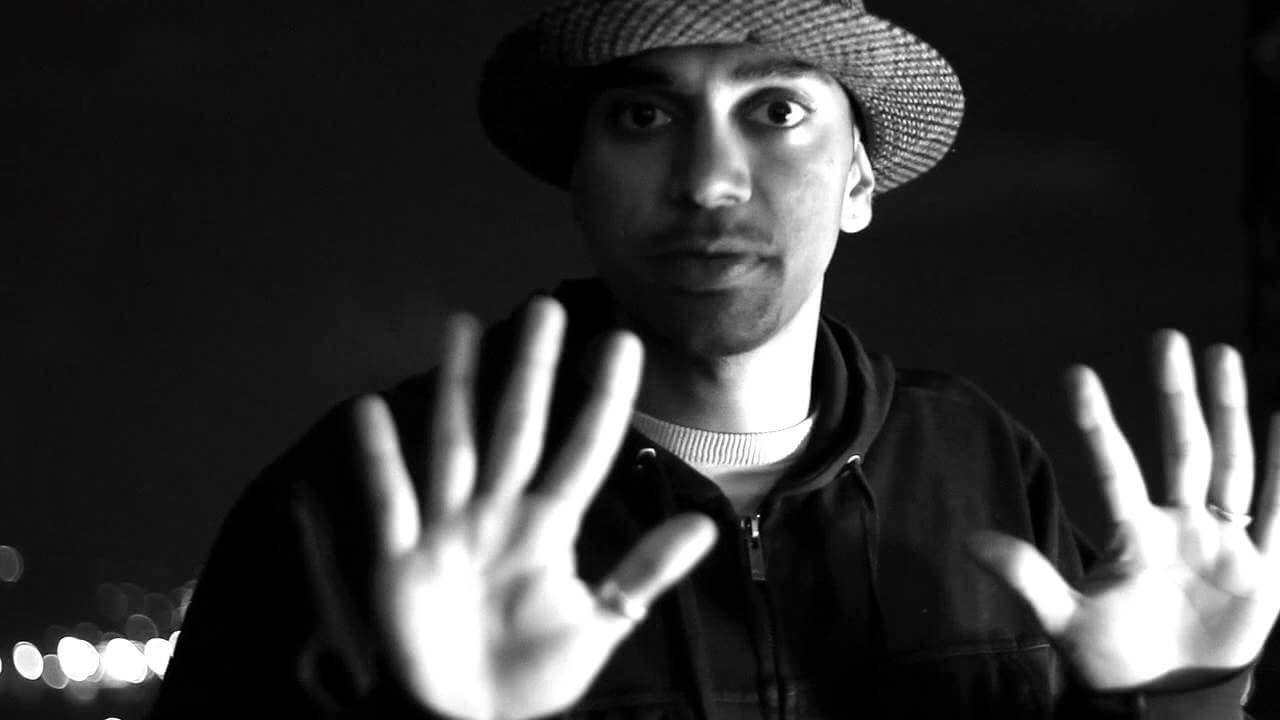 Shashwat Mishra, better known by his stage name “The Quixotic” has developed quite a reputation for being one of the best underground artists to come out of New Delhi and this week, he shares his personal experiences in the Indian underground hip hop scene in an exclusive interview for this week’s Friendly Fridays!

ED: So, Shashwat. We know you’re an amazing artist, with me personally admitting being a fan of your songs such as “Hold On, To Love”, “Ain’t The End”, etc. But why rapping? And more specifically, why underground hip hop as a musical choice?

The Quixotic: Thanks, man! I’m glad you dig the music, because nobody saw us here a few years ago, especially us. We were a group of kids rap battling in an Orkut community, because hip-hop was a nice getaway for a variety of reasons.

The hobby turned into passion, the text verses to songs or live battles and here we are. Words are my jam, you know, and rap has a lot of them. So here I am, talking about stuff going through my head, things I think make for stuff worth listening to, stuff worth thinking about.

ED: Why did you choose your name to be “The Quixotic”? Any specific reasons?

The Quixotic: I was a kid and needed a new pen name, and my best friend at the time kept throwing suggestions at me, because I suck at that sort of stuff.

The Quixotic was the one I liked. It means overly ideal or impractical to the point of foolishness, which has been kind of prophetic in a way, with the way I’ve grown.

ED: Funky! Tell us about your musical style, bro. Your sound isn’t the quintessential Indian hip hop music. What would you describe it as?

The Quixotic:  I’d call it experimental-soul music, although I still play around with styles every time I write something. But at the core it still remains philosophy with a tinge of sadness and a sprinkle of optimism.

ED: You’ve been involved in the scene for quite some time. What changes have you noted which are positive in Indian underground hip hop?

The Quixotic: The sound quality, for one thing. As the indie scene outgrew its resources, it blew up and brought about a quality revolution, which started first and foremost with HQ instrumentals, followed by mic quality. And in terms of content quality, I see the scene being a lot less regressive than it once was. We’re maturing, both as musicians and as listeners.

ED: That’s a very optimistic gesture. Here’s hoping. Anyway, how was your time in UML (Underground Music League) and what was UML about?

The Quixotic: We started UML when the hip-hop scene was pretty dead in Delhi, apart from jams. We wanted to tell people something outside Honey Singh existed in the name of hip-hop, and after performing at 13 of the biggest colleges in Delhi, including IIT, DCE, SRCC, and Khalsa, I think we did what we set out to do in terms of awareness.

Then, with the UML Club Battles and meets, we got the scene together and I remember seeing for the first time every one of the new wave artists who’ve been killing it lately. I think we accomplished everything we set out to do. Then, it was a march to Bombay for me.

ED: Speaking of live shows and performances, we’ve seen you as a battle rapper. How did you start off in the battle rap scene?

The Quixotic: It started with text battles on Insignia, Orkut. After that ended, I wasn’t doing a lot of battles, except for some we had at our cyphers. I couldn’t participate in the UML Club Battles because I had to handle the organization. Right as I was moving to Bombay, I got a call from Poetik (meaning Bombay rapper Poetik Justis), asking me if I wanted to battle in the first edition of B3, and here we are!

Read More: Death Growl And Other Unusual Forms of Singing You Can Learn Online

ED: Since you’ve mentioned B3, which if I’m not wrong is an acronym for Battle Bars Bombay, how was your experience as a battle rapper?

The Quixotic: IT WAS MAAAAAD. The Bombay dudes had been battling each other for ages before B3 was set up, be it at Monster Battles, A-List’s cyphers and other competitions. It was crazy to face these super talented dudes, whom I consider family. Indian battle rap has been gaining global recognition and B3 has a huge role to play in it. We’re about 3 years away, tops, from having internationally known battlers here, I’d wager.

ED:  That sounds awesome! Coming to the current scenario, you may have noticed that artists are now lesser dependent on websites like Shadowville for obtaining music for their songs and rather prefer getting it produced on their own.

Owing to that trend, whom would you select as the top 3 producers in Indian Hip Hop and why?

The Quixotic: I think producers are the most important yet overlooked part of the culture, though the overlooked part has been changing lately. The quality has been coming in not just because of the insanely good production of an instrumental but the whole process to end until the final product.

Sez (Sajeel Kapoor) is a close friend and I don’t think any one person has revolutionized the scene the way he has with Young Stunnah. Sixth Element was around producing before most of us understood the nuances of production in a song. RJV and Nasir remain in zones of their own. There’s no dearth of people laying the foundation for rappers to shine anymore.

ED: Ah, I see! On a more personal note, which is your most accomplished work (or song) and why do you feel so?

The Quixotic: Shoutouts to Free Fall and Galelio because we really tried to push the boundaries of a conventional rap song with that one.

I’d say Ain’t The End was a defining point in terms of figuring out how I want to say what I want to say. I still occasionally get a message from someone who was moved by the song so much it helped get through a shitty time. I don’t think there’s a bigger compliment than that.

I get hella awkward mostly because it sounds insane and I’m bad with compliments even when they’re implied, but then I’m so grateful because who takes time out to tell someone something like that unless it really matters.

ED: Very interesting. Okay, so tell us what do you do in life OTHER than music?

The Quixotic: Haha! I’m all over the place man. I’m working on writing stuff that doesn’t rhyme, I’m trying to work on my stand up set, I collect coins and stamps, so yeah, just, stuff.

ED: You’re on a road to ascendancy Shash, which is evident by the fact that you were recently invited for Rap Wars as a judge and performer at Oasis 2016, the annual fest of BITS Pilani. Throw some light on your experience there, perhaps?

The Quixotic: Judging events like these is always so much fun. It’s beautiful seeing hip hop receive the kind of love it is now and people listening to every word a battler spits. And the participants were worth listening to, as well, as we’re the performances.

I was with Poetik and MF at the judges’ table, who were a lot of fun to be around. Seedhe Maut, easily two of the most talented and engaging rappers out there, killed it, as did Heam. Naezy did Naezy stuff and was super entertaining, and well, Prabh is untouchable as ever.

ED: On another personal note, have you ever had any feuds or grudges or beefs (even funny ones) with anybody in the scene?

The Quixotic: Hahahaha, beefs. Easily the most hilarious part of being a rapper. You never know when someone’s gonna catch feelings if you play around man, although everything being online, beefs are digital too. Modi must be proud.

I do remember the time, 6/7 years ago maybe, when seven dudes from a different city ambushed me, and this was when I was in school… and over an Orkut poll. It didn’t even amount to anything, so it basically turned out to be a colloidal waste of everyone’s time and energy. Worth the story, though.

ED: Even after your accomplishments and experiences, if not a rapper, what would you aspire to be?

The Quixotic: I’d still associate myself to writing. Not sure what, scripts, poetry or any other stuff which I find interesting and exciting.

ED: And finally, a message for the readers and all the aspiring artists out there?

The Quixotic: A message? Mmm. Always keep your sense of humour about you, stay curious, try not to be one dimensional, and for the love of God, accept Pineapple on pizzas already, they’re amazing.

AAAANNND that’s a wrap, ladies and gentlemen! This was Delhi’s very own Shashwat Mishra!