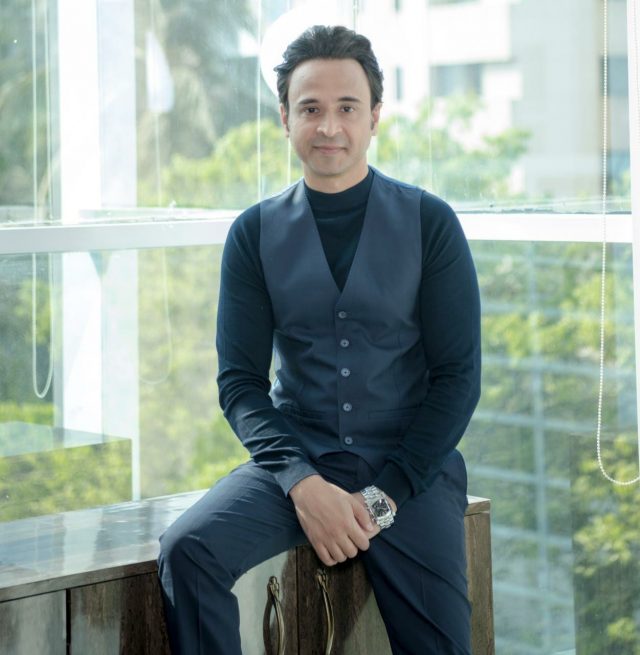 Saunkan Saunkne’s producer Jatin Sethi of Naad Sstudios says how his decision of waiting for a theatrical release and not jumping on the OTT bandwagon is paying him rich dividends today.
The upcoming Punjabi film, Saunkan Saunkne, is all set to release on May 13, 2022 and has generated a lot of hype. The excitement for the film has brought the focus on Naad Sstudios, the production house which has backed this film, starring Ammy Virk, Sargun Mehta and Nimrat Khaira.
Produced by Jatin Sethi, Saunkan Saunkne marks the first production of Naad Sstudios.Jatin Sethi coming from the field of construction turned into a mainstream producer in 2017 and started producing web series and movies. Jatin Sethi says, “Saunkan Saunkne‘s shoot started during the lockdown and once the restrictions were lifted,  we resumed the shoot and completed the filming.”
Being firm in his approach of not releasing his films on the OTT platforms, Making this film was a huge risk, reveals Jatin Sethi, “A huge amount of our money was invested. Moreover, due to the pandemic, there were fears regarding  the theatrical business  and that the audiences might not be frequent to cinema halls like before.”
Several films in the lockdown period got offers from OTT platforms for a direct-to-digital release and Saunkan Saunkne was no exception. Jatin Sethi, however, refused. He explains, “I had offers to sell the film directly to digital platforms and thereby skip the theatrical release. However, I was firm to hold the release and was confident about our film.It was intended to be a theatrical release, after all. Also, when we saw the rough cut in the edit, it further motivated us to wait for a theatrical release. I was unfazed.
“Today, it feels so great to see the teaser and the trailer are getting millions of views. The feeling of watching the film on the silver screen is always mesmerising. Our hard work has paid off.We look forward to see you at the movies,” exults the producer.
Ammy Virk is all smiles when asked about the film,”I have been bombarded with messages from fans, saying how much they have loved the trailer. I can’t wait to see how they react to the film once they see it.”
The upcoming Punjabi film, Saunkan Saunkne, is all set to release on May 13, 2022.The film is produced by Naad Sstudios in association with Dreamiyata.