Indians or Hindus specifically have always associated great significance to many animal species. The bull is connected with the Nandi bull who was extremely close and dear to Lord Shiva, the cow due to its relations with Lord Krishna and being a symbol of birth and purity.

Similarly, the snake is associated with the Naga dev and again Lord Shiva, the tiger with Goddess Durga, monkey with Lord Hanuman, the mouse with Lord Ganesh and so on and so forth.

Almost all of these animals and some more are held in great respect by people of this religion who worship them as an extension of the god itself.

But, while most of these animals are popularly known across the country, there are certain areas in India that also worship some not-so-popular species.

In this case, a small village in Bihar being one such example as it apparently worships bats and considers them their protectors.

What Is This Village?

The village of Sarsai, which is situated in the Rajapakar block of Vaishali district in Bihar, is a village where bats are integral to any function and event and are worshipped as symbols of ‘prosperity’ and ‘protectors’.

As per sources, about 50,000 bats are found to inhabit various trees around a pond in the village and the local villages consider them as a symbol of Goddess Lakshmi along with being messengers of God who will protect them from ill omens. 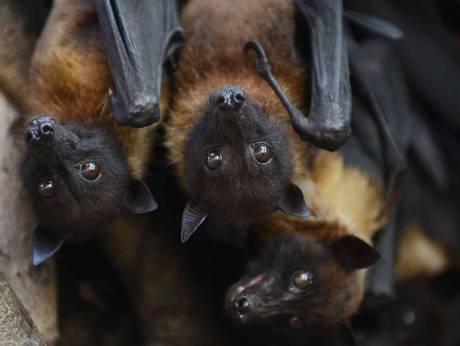 According to the locals, during the Middle Ages, while the Vaishali district was suffering from a particularly bad epidemic disease, these bats migrated to the village. It was noticed that there was no disease or epidemic breakout once the bats settled into the village.

Amod Kumar Nirala who is Sarpanch of Sarasai Panchayat and President of the State Sarpanch Sangh has said that, “But once these nocturnal creatures settled in our village, the deadly diseases suddenly vanished from there. Since then, we have been worshipping these bats. They have proven lucky for us.”

Nirala further added that “Our great grandfathers believed the village would be out of any danger as long as these bats stay there. They believed sudden trouble might befall on the entire village if anyone killed a bat,” when he told about how it is forbidden to kill or harm the bats.

Villagers are even restricted from taking the fruits that grow on the trees surrounding the bats in fear of the bats being short of food.

Along with protecting the villagers from diseases and bad luck, apparently, the bats also protect them from outsiders with a villager saying that, “They start screaming if any stranger enters the village, but don’t make a noise on the entry of villagers.” 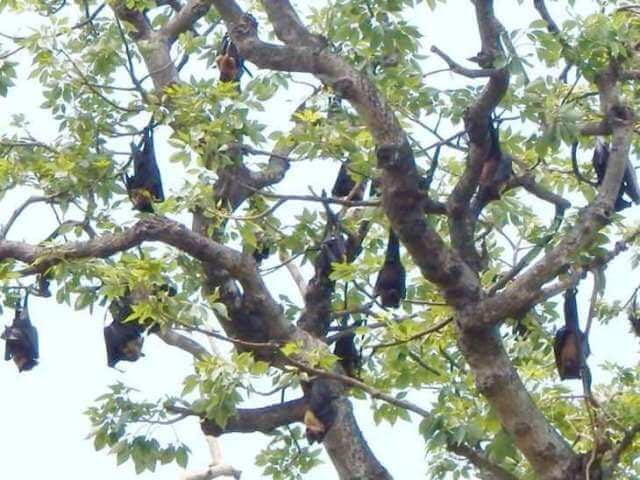 While it might not be widely known to the local population of the country, the amount of bats and the significance attached to them has brought in a big amount of tourists to the small village.

The bats live around the Peepal, Semar and Chenopodium trees that are located near a historic pond that was constructed by Raja Shiv of Tirhat all the way back in 1402.

Stretching over an impressive 50 acres, the pond is also surrounded by many temples that also act as a tourist attraction.

Many locals of the villagers include these bats in their rituals while worshipping and would offer them something as means of paying their respect.

As per reports, the number of bats around this area is increasingly getting higher with some bats even weighing a good 5 kilos and more.