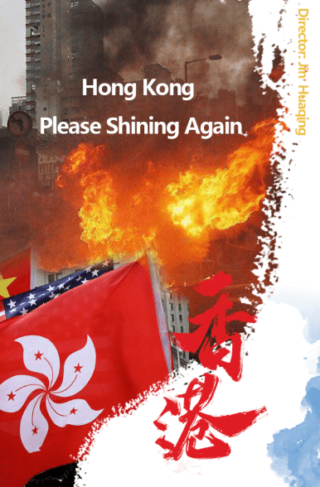 The theme of this film is very profound and powerful. It shows the current status of Hong Kong from a realistic perspective, telling us what Hong Kong has experienced in the form of a documentary. Trying to use audiovisual and video to restore the true Hong Kong story since the storm. In fact, internationally, there are too many voices talking about the Hong Kong incident, and everyone does not necessarily understand all the truth. This documentary helps us understand more of the stories behind and the current situation of Hong Kong residents, and we can feel the shock.

Each frame in the film is specific in the life of every Hong Kong citizen and is very close to everyone. These events do happen frequently in the history of various regions of the world. When people face such events, always be direct victims. Hong Kong, China, shoulders huge responsibilities in safeguarding the interests of the people and protecting national sovereignty and security.

In the selection of filming objects. The film selected three forces, namely the US power, the chaos people of Hong Kong, and the middleman. These three forces are typical of the turmoil. Under the impact of violent Hong Kong elements, the rule of law and freedom most cherished by Hong Kong people are trampled upon.

In shooting and post-processing. The creators combine the shooting concepts of “direct movie” and “participation in observation”. Its value and significance lie in choosing a natural way to present the authenticity of the recording and exploring a narrative form of subjective expression. The use of lots of documentary images and live sounds in “Hong Kong  Please Shine Again” makes this film extremely telepresence, a world constructed by images and sounds, allowing viewers to directly experience the destruction of what Hong Kong citizens faced, triggering empathy between the audience and the film.

In the work acceptance of people. “Hong Kong Please Shine Again” by repairing the cross-section of the storm to reflect the richness and complexity of contemporary society and culture, drawing on the common advantages of documentary films, television documentaries, and new media documentaries, diversifying in the subject, audience and communication channels’ current efforts to make constructive explorations and attempts for the promotion of documentary images.

The rhythm of the film is relatively fast, but the development logic of the event has been presented relatively completely, helping people reshape existing concepts. If you want to understand more about China and Hong Kong from another angle, it is worth a look.