It is no surprise that with the advent of social media, our perceptions of beauty have drastically transformed to fit a certain preconceived notion of ‘ideal’, which is far from realistic.

It is especially concerning when young adults all over the world aged between 17-25 view such photoshopped and filtered images on social media as standards to measure themselves against.

Teenagers in India have also succumbed to the delusion, leading to a rise in appointments with plastic surgeons. Here’s an examination of some of the deep-rooted issues that have led to the plastic surgery craze in India.

Playing around with filters on social media is all fun and games until it begins to change your perception of beauty and eventually triggers a body dysmorphic disorder. 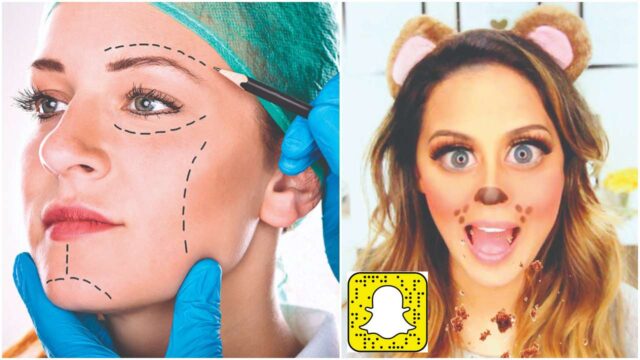 According to a bimonthly medical journal published by the American Medical Association called JAMA Facial Plastic Surgery, “Those with Body Dysmorphic Disorder often go to great lengths to hide their imperfections, engage in repetitive behaviours like skin picking or grooming, and may visit dermatologists or plastic surgeons frequently, hoping to change their appearance”.

Snapchat and Instagram filters have increasingly become the centre of discussion on unreasonable beauty standards, owing to the extent they allow people to modify their appearances, to the point of becoming unrecognisable!

Almost instantly, one’s eyes can be made more prominent, their skin can be smoothed out, and their nose and lips can appear thinner and fuller, respectively.

The scariest part about this is how it translates into real life. People, especially the youth, begin to wish they looked more like the version of themselves on Snapchat and Instagram.

The journal article highlights how blurring the lines between reality and fantasy has made adolescents and young adults internalize these beauty standards more severely. 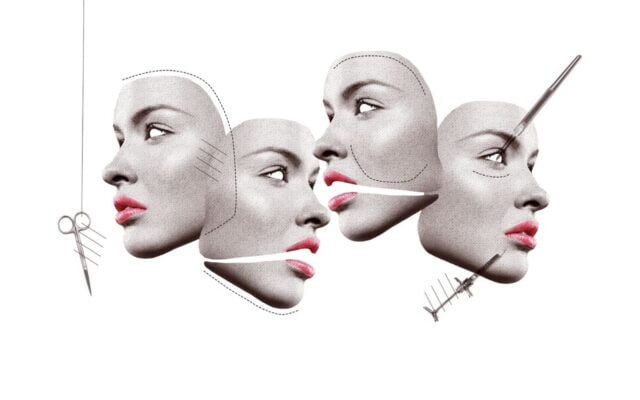 As a result of how closely associated BDD and Snapchat filters are, the disorder has been termed Snapchat Dysmorphia. And it happens to be one of the leading causes for the ever-increasing surge of plastic surgeries amongst those aged 17-25 in India.

According to a Mumbai-based cosmetic dermatologist, Jaishree Sharad, “People are taking selfies, and they would find a lot of flaws in themselves. Even a minuscule thing would bother them, and they would want to go to any extent to get rid of it. This is taking a toll on people.”

Snapchat Dysmorphia isn’t the sole factor affecting the beauty standards and body images of young adults. Apart from filters, constant comparisons among peers can force teenagers to want to look a certain way.

One of the primary reasons for plastic surgeries among young adults in India is the culture of continuous peer bullying, leading to a poor body image for many teenagers.

Today’s generation faces more significant cyberbullying threats, especially on social media platforms, which forces them into seclusion and isolation. So often, parents and cosmetic surgeons find themselves in a predicament when dealing with a teenager with confidence issues. 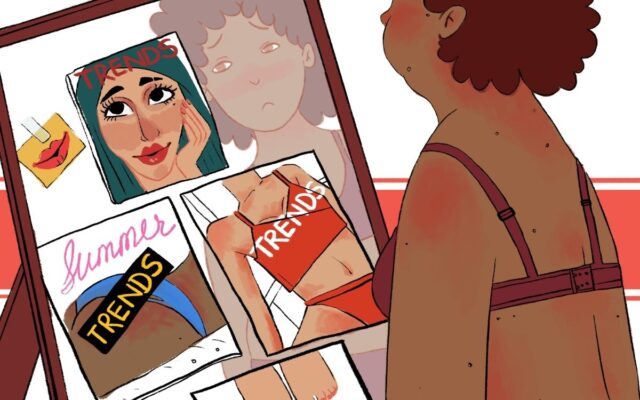 These situations require the surgeon to be well-versed on procedures that are safe to carry out and which treatments can wait. The caution is mainly because teenagers turn to plastic surgery as a way to fit in amongst their circle and peers, which sometimes can be deemed unnecessary by the cosmetic surgeon.

The craze for plastic surgeries in India has given it an unfavourable title as one of the top five countries in the world in terms of the number of surgeries being performed, with 895,896 being the total number of procedures in India, of which 390,793 were surgical, and 505,103 were non-surgical in 2018.

The demand for these surgeries has extended beyond just the big metropolitan cities, and requests have started to rise from smaller cities as well. Over the last decade, there was a 30 per cent increase in cosmetic surgery for children under 18, for boys and girls collectively.

When it comes to these surgeries, there is no clear-cut division between genders in terms of the number of procedures. But in India, almost a third of the prospective patients are males.

Not every individual is well-suited for surgery, and it becomes imperative for surgeons to assess whether there is an actual requirement for the surgery or not.

The individual has to showcase proper emotional maturity to undergo the procedure and understand the limitations of surgery. In addition, the surgery must be for the right reasons because sometimes, the result may not live up to the patient’s expectations.

If the surgeon feels that the body issues stem more from psychological factors, they may choose to recommend a psychologist to the patient. This is because the patients usually feel that changing their look will solve their problems, but the emotional pain usually has to be solved first. 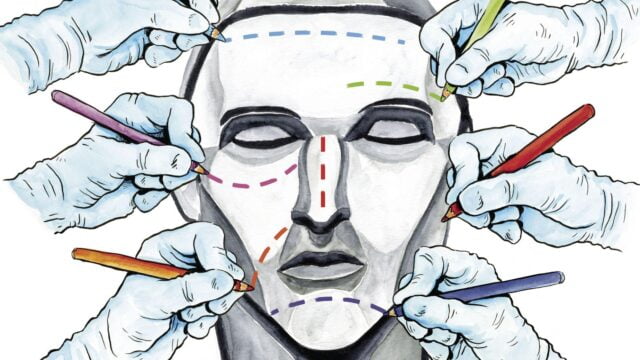 Moreover, surgeons may feel that the physical appearances of specific young individuals may naturally correct or diminish through the natural development process, removing the need for undertaking any procedure.

Those considering surgery must ask themselves the essential question of whether this surgery is being done to please others or themselves. For instance, regarding weight loss, this can be corrected through non-surgical means like dieting and exercise since these are far less risky options than surgery.

One should never rush into the decision to undergo surgery. Although it is easier said than done, it is essential not to get carried away by what we see on social media because what appears to be ‘perfect’ online never really turns out to be so in real life.