According to the Oxford University, Rashmi Samant achieved a total of 1996 out of 3708 votes in the students’ union election, which single-handedly overpowered all of the other candidates’ votes put together.

Never has the Oxford students’ Union had an Indian head, but thanks to Rashmi Samant, now the times have changed. Being an alumnus of Karnataka’s Manipal Institute of Technology, her hard work and dedication have finally borne fruit.

Rashmi Samant is doing her master’s in the energy systems at Linacre College in Oxford University, UK.

She has stated in her LinkedIn bio that she is “a sustainable energy enthusiast who believes in effective policymaking and energy equality for healing the deteriorating climate of the world.”

Rashmi’s vision statement reads, “Being a BAME [black, Asian and minority ethnic] woman from a former British colony, Rashmi is empathetic towards the struggles faced by marginalized groups.”

She had proclaimed in her manifesto to “tackle the institutional homophobia and transphobia“, “decolonization of the syllabi” and “remove all statues proven to be imperialist, including Christopher Codrington.”

She further added that she would “lobby for the University to waive residency requirements, extend safety net and mitigating circumstances until WHO declares end of the pandemic.” This was promised considering the troubled conditions due to the corona scare.

Read More: What Made Oxford University Press Change The Definition Of Woman In Their Dictionary

“Together, we can reform long-standing shortcomings at the university, provide students with the resources and support they need to thrive in Oxford, and become leading changemakers in our society,” wrote Rashmi.

Her manifesto aimed to “Lobby the Conference of Colleges to divest entire financial portfolio from fossil fuels as soon as possible. [and] push all colleges to sign on to a university-wide sustainability strategy.”

As for the aspect of mental health, Rashmi promised the feasibility of resources of good quality, the extension of group counseling sessions, and making sure of diversity in the recruitment of counselors for the same.

Moreover, Rashmi has aimed at “decarbonizing the university,” since her current master’s degree is in energy systems wherein sustainability is ensured and focused upon.

This big step has not been taken up by her alone, she has fellow Indians on board as well, namely, Devika as Vice-President Graduates-Elect, and Dhitee Goel as Student Trustees-elect.

A small victory paving the way for all compatriots that will bring diversity, increase acceptance, open up chances for the progress of the entire community and nation. 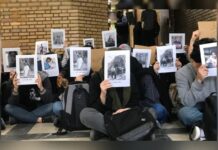