Evolution is the only protection against extinction; the saying goes for everything and everyone. Indian politics has also evolved itself in the last sixty years but unfortunately has taken a turn for worse.

The recent suicide of retired Army jawan showed to what extent politicians can go just to save their own skin or burn the opposition’s skin. Rahul Gandhi came to Ram Manohar Lohia Hospital in New Delhi with the ‘noble intention’ of meeting the family of the deceased. Gandhi gets detained and is taken to the police station.

Its a hospital and you DO NOT meet grieving families in the hospital. What about other patients and problems they face just because political parties want to use the death of a jawan as a weapon against the government?

Why was Rahul Gandhi accompanied by so many others when all he had to do was meet? Why were the men raising voices in the hospital compound?

The point everyone missed was that police detained Gandhi only when the hospital authorities asked for it.

Our dear politicians have totally forgotten the decorum a leader of a nation has to follow. Who are they idolizing, Donald Trump?

A retired Army jawan killed himself and parties decide to malign this sensitive case by acting like prudes.

When the government is questioned they reply with statements like “Grewal (the deceased) was given all benefits under OROP” or VK Singh says “the jawan was mentally unstable.”

The desire to benefit from just about anything is spreading like cancer.

AAP chief asked proof of the surgical strike when all details were authorized by the army and the Home Ministry. The encounter of eight militants in Bhopal raised doubt in the minds of leaders like Digvijay Singh and Owaisi who asked “Why do only Muslims escape jail?”

Questioning government is not a crime but our politicians seem to be asking the wrong questions. If the Bhopal encounter violated Human Rights norms the encounter should be probed but what is the need to make it religious? Terrorism has no religious!

If Mr. Rahul Gandhi wanted to console the family without fanfare then he could’ve avoided the hospital.  Arvind Kejriwal, of late has become a laughing stock, it takes him no time blaming Modi ji or cooking up stories like tapping of phones. But what has he actually done for Delhi apart from regular MCD strikes?

It is unfortunate to see that Indian politics has become dirtier and mudslinging, defaming is the common act today. It is no more the men of stature and respect who hold these offices of power but random people who work with one and only one motive-their profits and gains.

Facebook
Twitter
Pinterest
WhatsApp
Previous articleHindware Dreambath- An App That Lets You Transform Your Bathroom Without Spending A Penny
Next articleBefikre: Add Lots Of Kissing And We Will Go Watch The Movie Like Idiots 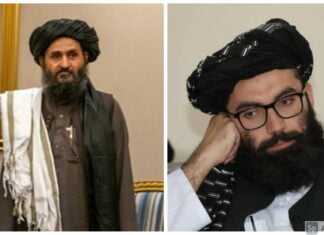 Kushan Niyogi - September 21, 2021
“War...It never changes.” Few quotations stand the test of time but it is through humanity’s longevity that it has stood the same test, for mankind...