Premier League Gameweek 2 : The Manchester Sides Reign Supreme, Yet No Win For The Reigning Champions Leicester

The top clubs had plenty to offer, starting off with Arsenal and Leicester City but in a rather tactical affair, both teams ended the match in a 0-0 draw.

Claudio Ranieri may have managed to avoid 2 defeats in a row and so had Arsene Wenger, but there is definitely a need for improvement as the last season’s top 2 still search for their 1st win of the current Premier League season.

Next on the cards were Manchester City, who beat Stoke City in some spectacular fashion, courtesy Sergio Agüero, who scored 2 goals in a 4-1 rout.

After missing 2 penalties in the Champions League, Agüero made no mistakes in hitting the target this time for his 1st goal of the game and then scored via a superb header to make it 2 for the night, for him.

On the red side of Manchester, it was a dream debut for Paul Pogba, who, although started with a couple of nervy moments, made up in a stunning manner by adapting the game quickly and even more so, bossing and dictating the gameplay to his will with his confident runs and sublime passing.

In the end, it was Zlatan who proved to be the match winner, by scoring two goals, much similar to Agüero, with 1 being a confident penalty and the other being a thumping header to make it a 2-0 win for the Red Devils.

Merseyside poster boys Liverpool were stunned with a shock 2-0 defeat against Hull City, much to the dismay of their manager, Jurgen Klopp. It was a day to forget for Liverpool, who’d want to move on quickly and bounce back with a win.

And finally, it was a comeback win for Chelsea as Michy Batshuayi and Diego Costa completed a phenomenal comeback in the final 10 minutes to win 2-1 against Watford after going 1-0 down.

Eden Hazard and Cesc Fabregas also impressed, with the latter coming on as a substitute for the 2nd time in 2 games in the Premier League and being involved in both the goals and grabbing an assist for Diego Costa’s winning goal with a superb pass.

It gave plenty of thought to Antonio Conte to give a fair chance to the Spaniard, who has been used as a sub in favour of Nemanja Matiç and N’golo Kante.

With the big guns delivering and the top 2 of the last season still looking to win a game, plenty more action can be expected in game week 3.

That’s all for today, folks!

See you next week. 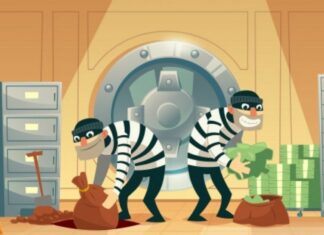 Natasha Lyons - December 6, 2021
I’m pretty sure everyone’s seen a tunnel being dug up, safe lockers being broken with uttermost patience and precaution, a whole robbery being planned...