Impacting our daily routine, it is not news to us that PM Modi has announced a 21-day nation-wide lockdown to suppress the spread of COVID-19.

India is the second-most populous country in the world. This means that India becomes highly susceptible to a wildfire spread of coronavirus since social distancing is almost physically impossible here.

The poverty rate of a whopping 17% only encourages many to go out and earn a living despite the pandemic. Daily-wage workers and petty shop owners cannot have food if not for that day’s earnings. But with a heavy heart, it must be addressed that leaving our homes cannot be entertained for everyone’s welfare.

Luckily, many state governments have taken the initiative to make the lives of such people easier. Taking the case of Tamil Nadu, CM E Palaniswami has announced financial assistance of Rs. 1,000 and free supplies of oil, rice, and other necessities to ration-card holders as an incentive for them to stay home. 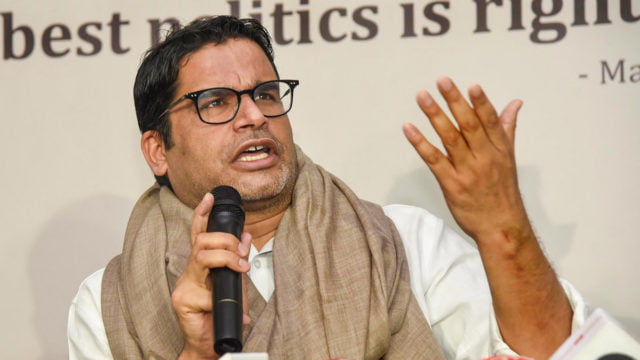 Decision to #lockdownindia maybe right but 21 days might a bit too long. But then this is the price one pays for being behind the curve.

With the shaky preparedness to deal with the #CovidCrisis and very little to safeguard the poor, we could be staring at some tough days ahead

I do understand his concerns from an economic point of view. Many people don’t have the luxury to stay at home. But Twitter is comprised of mainly middle and upper-class citizens, thus tweeting out such an opinion irresponsibly will only encourage non-compliance of lockdown by his followers, who may be hardly affected by it.

Without any other instigation prior to this tweet, the people of India already had a hard time following orders given out by the government. It’s all in the news. This tweet only calls for more trouble.

First day of Lockdown in our city/Andhra Pradesh from india

Some of his previous tweets voicing out his resentment for anti-CAA is appreciable, and his Gandhian principles are widely looked up to. But this is a lazy opinion. A bit too long, he says? There can only be two explanations for this:

I do understand that the second one does seem like a bit of a stretch, but one may never know. Counting the number of deaths, it seems like we would need more than 21 days for the  country to come back to normal.

A few hours later, he followed it up with another tweet as a reply to a person against his views:

It is as there is no scientific evidence to suggest that mere 21 days #lockdown without adequate testing, isolation & treatment measures could stop #Covidspread

Plus while a badly executed lockdown may not achieve its goal, it surely will destroy life & livelihood of millions. https://t.co/hFwJExrbeC

This lockdown serves as a final hopeful resort since its successful implementation (if everything goes well) will not allow the contagion to spread.

It’s true that keeping the virus in control through this method in India is questionable, but one doesn’t need any sort of evidence to prove that one can keep themselves safe by NOT keeping contact with potentially infected patients.

The Destruction Is Inevitable:

Yes, it will affect the lives of millions, as Prashant says. But it’s inevitable since it’s a pandemic. No epidemic or pandemic in history has gone well, even taking the cases of something as recent as the 2009 H1N1 pandemic or the 2014 Ebola epidemic. All of them resulted in the loss of millions of lives, leaving the affected place with many more ill patients, insufficient medical workers, and the downfall of the economy.

Instead of stating the obvious that would only induce more panic and non-cooperation, Prashant could offer a solution for the future with his powerful voice online. With the same resentment to the current ruling party, he could have criticized their inefficiency of not making India prepared through medical and financial routes to face emergencies.

Also, he could have offered suggestions on how we should go about leading lives through these orders and after the pandemic, insisting the government to take proper measures in the future to make India economically prepared for whatever may come.

This is no time for unhelpful opinions. Let’s all cooperate and help each other until we get ourselves out of this mess, else it will look more like petty, divisive politics done at the wrong time.

We need to rise about all this at this hour and not let non-believers break the lockdown.

There seems nothing personal in what the government is doing right now, it’s for the larger good, so it’s good to see that all politicians (except a few maybe), opposition party members, state governments etc. are following the central orders.