The world of art and expression stays aloof from political, religious, and sectarian issues. It may be difficult to believe this on the surface, but art connects to the soul, which is ultimately free from worldly troubles. Some people keep proving this beautiful fact, just like Pakistani rabab player gifted India with a Jana Gana Mana rendition. 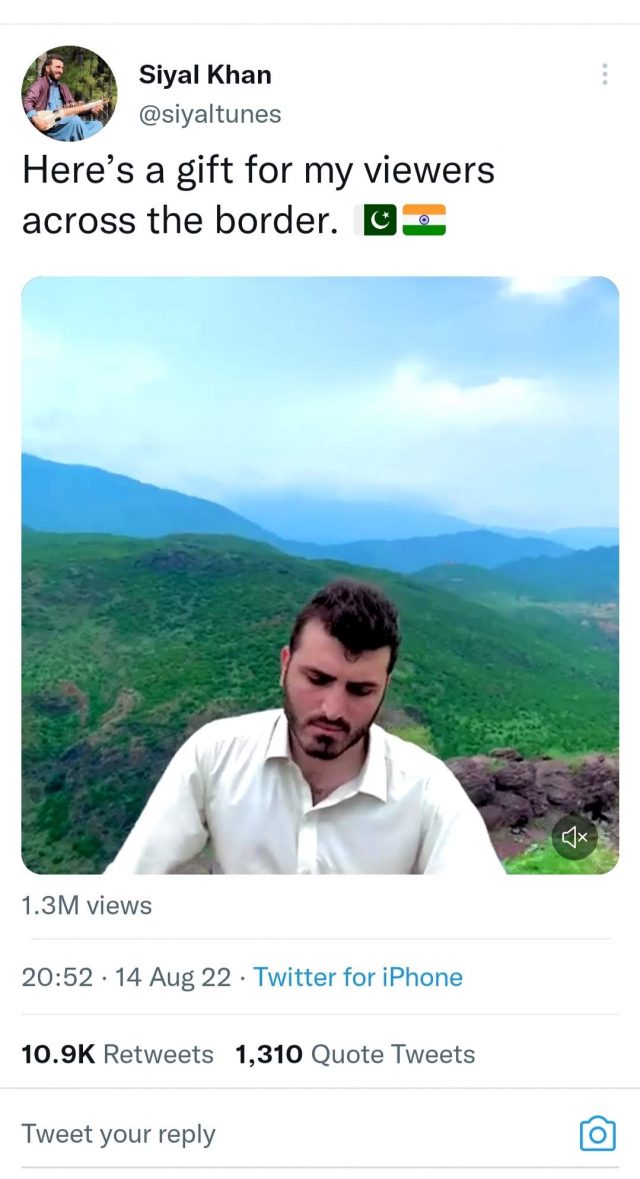 On the occasion of the Indian Independence Day, Siyal Khan made a beautiful rendition of the Indian national anthem Jana Gana Mana. Khan is a rabab player and posted a video of his melodious performance on his Twitter account @siyaltunes. He played the rabab, a stringed instrument commonly used in Pakistan, Afghanistan, and also Kashmir in India.

Siyal Khan expressed his intention to wish his neighbors a happy Independence day. He captioned the Twitter video thus, “Here’s a gift for my viewers across the border.”

He further added to the thread, “Happy #IndependenceDay India. I tried the National Anthem of India as a token of friendship and goodwill for Peace, tolerance and good relations between us. #IndependenceDay2022”

Read More: What’s The Equation Between Pakistanis and Indians Living Abroad? It’s Not What You Think

Performing in the backdrop of a pristine landscape of green lush mountains, Siyal Khan’s gesture received several compliments on Twitter. User @itsRoshali wrote, “Music has no language or religion.. It touches hearts and connects people..Respect & Blessings for you..” 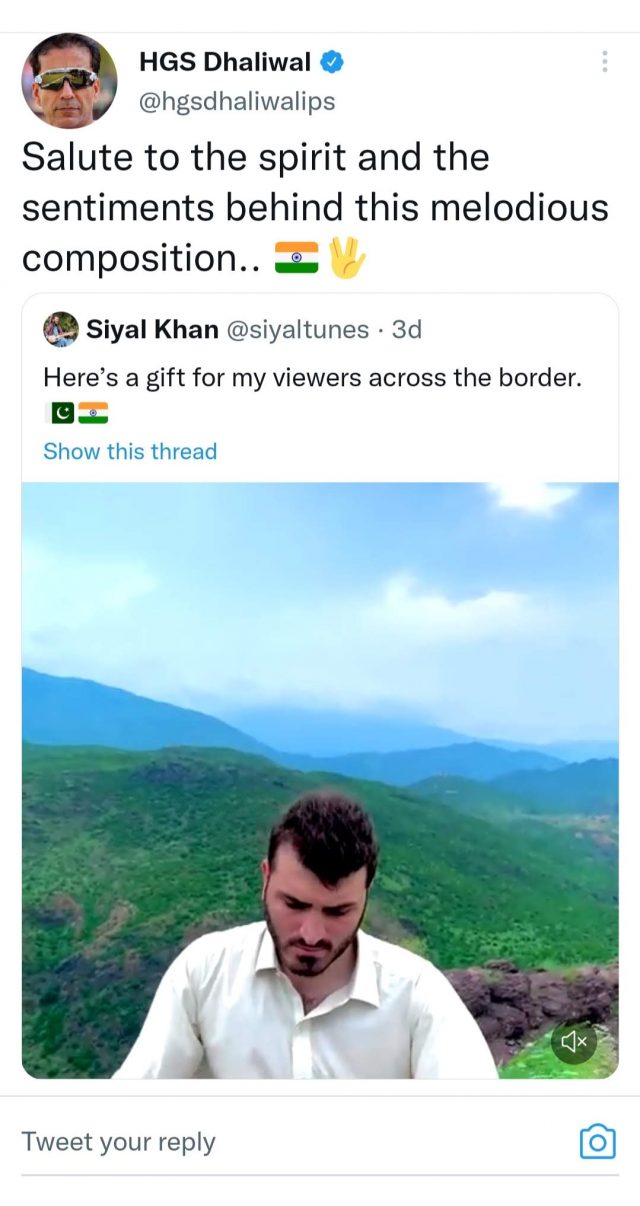 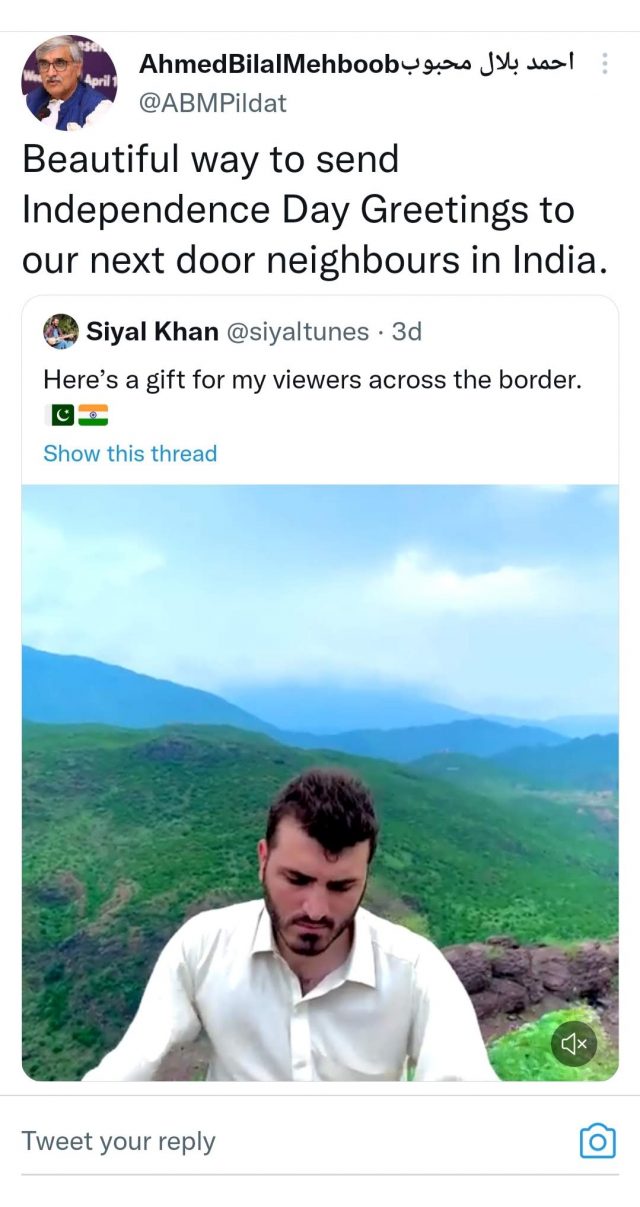 Garnering over 790k views and 49k likes on Twitter, the musician’s video was lauded by Indians and Pakistanis alike. People appreciated his move to send Independence Day greetings to humans of his neighboring country, which defied years of bitter strife between the two nations.

Siyal Khan had captivated hearts with his music before. In June this year, he covered “Mera Haath Mein Tera Haath Hai” from Aamir Khan and Kajol’s movie ‘Fanaa’. Also, his cover of the viral song “Pasoori” of Coke Studio Pakistan enthralled his listeners.