The Indian railway system is the fourth largest network of trains in the world. It comes handy to approximately 20,000 passengers every day traveling through both suburban and long routes.

It has a network of 12,617 passenger trains and 7,421 freight trains. It is ideal for passenger traveling and import-export services.

The Indian railway is headed by the Ministry of Railways and is one of the most convenient services offered to the public. However, running such a large, self-contained unit isn’t an easy task and comes with a lot of loopholes.

Considering the annual railway budget and the convenience charge per passenger, the services delivered are not satisfying. Be it unhygienic coaches or late running trains, the ordinary public always suffers.

Following the same, here are some of the aspects the Indian railways need to work upon-

Most of the ordinary trains running for both short and long distances have uncleaned and unhygienic washrooms and coaches. The washrooms are stinking, stained and have no proper flush system. 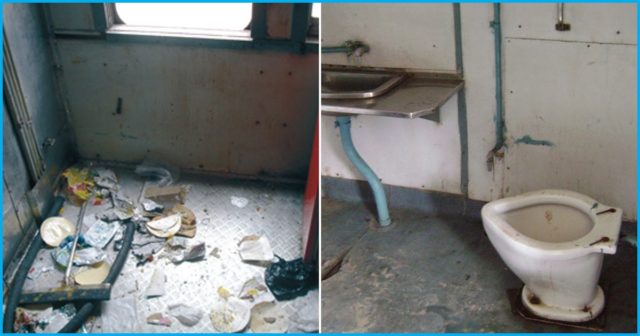 We understand that maintaining pristine washrooms/coaches is impossible but basic cleanliness is expected which isn’t usually witnessed in normal trains.

However, the fact that special trains like Rajdhani, Tejas, Shatabdi’s interiors are always clean and presentable even after continuous traveling makes it very much a possible instance.

The unavailability of free drinking water on running trains is a basic requirement that is often ignored. 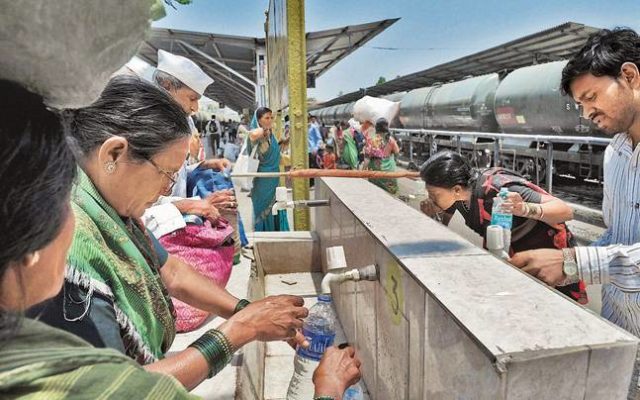 People selling packaged drinking water trick the passengers into surge pricing which seems to be subtly encouraged by the Indian railways. Although there are enough drinking water taps installed on railway stations at times, it’s not possible to reach them especially when the train stops for a short period.

Women and children mostly suffer due to the lack of potable water on trains and such a necessity should be given due consideration.

You can find them everywhere right from the entrance of railway stations to the train coaches be it day or night. You can hear them selling tea & coffee at 2 am in sleeper coaches which not only disturb one’s sleep but is also a potential threat to a passenger’s privacy. 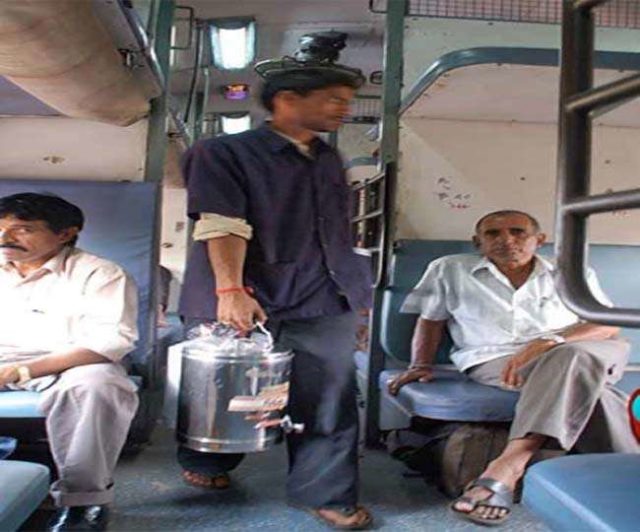 These vendors often acquire the space near the washroom area and get down at random places by chain pulling. This not only delays the journey time but is also irksome and illegal.

Our Time Is Not Precious For Them

Let’s be honest, there is nothing like fixed time or scheduled running for Indian trains apart from a few selected ones.

Also Read: Masterclass On The Art Of Deflecting Attention On Burning Issues By Smriti Irani

While the world is very strict about trains running late, we do not seem to care much about the timetable, especially for ordinary trains. The prevailing system does not care about incorporating the basic value of punctuality and discipline.

The time problem is a big backlash in the Indian railway system and needs to be resolved.

Even after being one of the largest train networks worldwide, Indian railways still face the problem of overcrowded trains in the most apparent way. 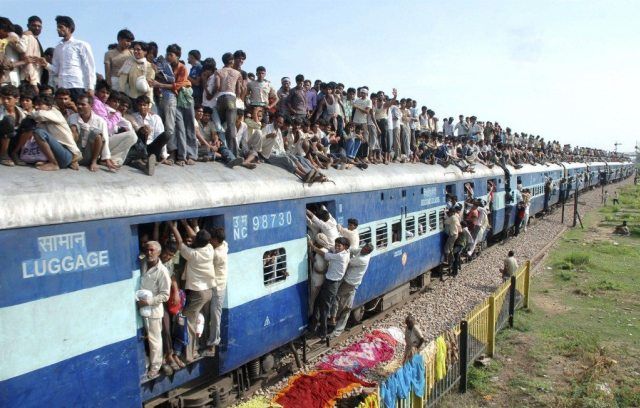 There’s a dearth of trains and a rise in population. This often leads to ordinary people bearing the brunt, with sometimes extra passengers occupying reserved seats, sitting in aisles, or near the door, causing inconvenience to everyone. This happens because there is no strict checking for the train ticket and most of the time the TTEs aren’t on their duty or are very ignorant.

Animesh Kishore, a travel enthusiast narrates his travel experience on Quora and points the same.

“I was traveling once from Patna to Delhi onboard the Sampoorna Kranti express. The train originates from Rajendra Nagar terminus, a stop before Patna. It was over 2 hours delayed on that occasion, and once it arrived, it soon became clear that getting a seat would be near to impossible. It was filled with students traveling for some PMT exam who refused to move when requested (Bihar Gunda raj to the aid). No TTE showed up that night, much to the dismay of all other hapless people, who had done nothing wrong, and paid their full fare, unlike these miscreants traveling on a generous grant from a curtain rail minister at the time. The next morning, a TTE showed up finally. My dad was so livid by the ordeal that he refused to show his ticket to the TTE, who disappeared sheepishly.”

So as you see, two problems I mentioned are highlighted in one story.

The Ministry of Railways is wholeheartedly encouraging the technological advancements in the Indian railways and aims at making the entire system electrified by 2023. Apart from that, it has laid down plans for the launch of bullet trains and luxurious super-sonic wagons to enhance its credibility amongst the public.

However, in my opinion, providing the passengers with basic requirements and improvising upon the necessities demanded will just be enough to keep us Indian passengers happy for now and is much needed.

At The Cost Of One Bullet Train, We Can Have As Many As 800 Rajdhani Trains: Do We Really Need Bullet Trains In India?