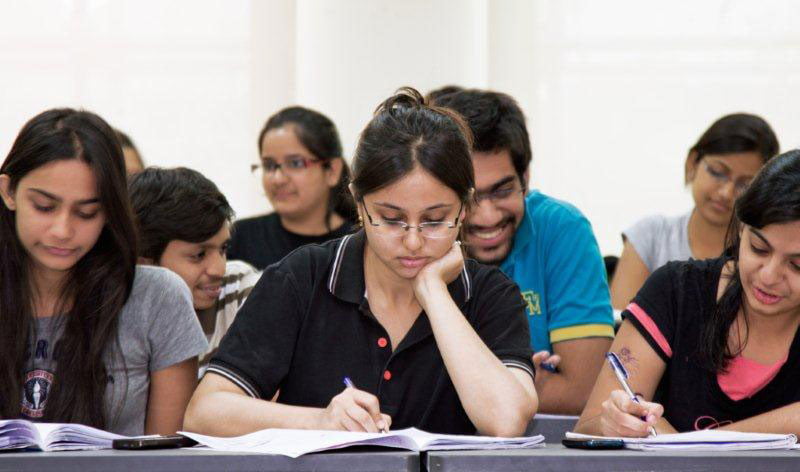 What we learn and what we practice in life is fairly influenced by our teachers. The texts from books might not be retained by our minds later in life but our teacher’s sayings stick to us throughout our lives.

Such an incident happened with my friend once. During few months before 12th final boards, few girls showed up for an extra class. Since the syllabus was complete, the teacher started asking questions.

Due to not so strong preparation of the subject, all the girls kept looking at each other and laughed to avoid the teacher’s gaze.

To somewhat motivate them, the teacher said;

She gave them many such important and essential “life lessons”. As a home science teacher, she didn’t stop there, going further, she divulged into her personal life and gave them a real-life example.

She told them how whenever she wanted to win an argument or just end it, she would tell her husband;

“Fine, I’ll start paying for things on my own.”

Upon hearing this her husband usually stopped fighting with her. By digressing into her story, she was trying to state how it was a clever tactic to manipulate her husband into doing what she wanted.

This is not just sexist but also patriarchal. This cannot be classified as women empowerment.

IMPORTANCE OF GETTING A JOB OR A HUSBAND?

Another such incident happened in my school. Being into sports since a kid, I was always involved into some sport or other. One day a teacher of mine reprimanded me since I came to class a little late from my basketball coaching.

Countless times many guys who were in football team from my class, joined in late due to obvious tardiness while changing into our uniforms (given the fact that we could never take a shower after practice as most Indian schools do not install bathing facilities for students involved in sports.)

I was obviously annoyed with the fact that our teacher never said anything to the male students but insisted on calling me out in front of the whole class.

However, what really disappointed me was the fact that it was somehow related to how I should be careful and responsible since I need to get married.

This small mistake of mine become a really important opportunity for the teacher to teach me the importance of my education.

She was obviously wasting the whole class’s time and carried on to belittle my existence. I vividly remember her saying;

(These sports and stuff won’t help you. Focus on studies and get a job otherwise your husband would mock you.)”

I listened to her go on and on about how it is important for us girls to be proper and docile and get a job so that we are independent and not a burden to our partners.

She sounded like she wanted to raise an empowerment propaganda but like always she failed to actually guide us and spout something useful from her continuous rant.

Incidents like these are not rare. Unfortunately, they are frequent and common. Thoughts such as these are poisonous for our society.

A student irrespective of his or her gender, should focus on their studies, that is their duty but studying for the sake of finding a suitable partner in marriage is not the purpose.

Educated people talking and preaching such oppressive and backward ideas, makes me wonder what actually are we being taught?

We should definitely aim for getting employment and earn money so that we become independent and can support ourselves and not for making it as a strong offence to shut our husband down or manipulate a fight.

All the campaigns on raising awareness, improvements in education systems seem to go in vain when our basic thoughts are so full of sexism and patriarchal beliefs.

Nothing can develop this country if we can’t develop our ideology and break free from shackles of regression. So far, the vision seems bleak but there is still hope.

Maybe one day we would actually embrace the importance of our education and its purpose.