I began by saying that these ideas are a root of spoiling relationships in our generation, but some of these ideas are held by people in the previous generation as well. Just look around and analyse the tons of failed marriages you see, you’ll know what I am saying.

Such ideas sometimes end up breaking strong relationships that might have everything going well for them or make a lot of people who are ‘single’ averse to ‘relationships’ in general.

Almost every second person I meet has at least one of these idiotic notions about love or people who are in love.

The expectation of a certain behaviour from someone because you are in a ‘relationship’ is pure crap.

P.S. The reason I am putting some words in inverted commas is because of the twisted meaning they hold in people’s lives these days.

“Single life is the best yaar.”
“Couples are so irritating.”
“He doesn’t like that I talk to so many boys, so I stopped.”
“Why didn’t you pick up my call? So what if you were in the Metro.”
“Long-distance? Damn! How do you maintain it?”

These are notions we come across very often. They are not just ignorant but some of them are plain offensive.

I often see people in a ‘relationship’ commanding each other’s social life or keeping track of who their significant other is talking to. This is not just disrespectful to the person you claim to be in love with but downright problematic. Controlling someone else’s life to such an extent that you leave them with little freedom is borderline abuse. You can’t love someone if you do not love yourself. Trust me, this is not just another clichéd line. When you do not think you deserve the good you have, you tend to settle for less which lands you into a vicious cycle of accepting disrespect and abuse too.

There is not much of a difference between the two. Because you are simply not in love with the person you do not respect. If you demean or belittle your partner’s thoughts, ideas or opinions, only because you think you know more than them, then you are indulging in a very problematic behaviour, my dear friend.

Even if you do know more than them, you do not have the right to make them feel insignificant. Or worse if you derive pleasure out of this behaviour, then YOU are the problem.

In a normal adult relationship, expecting someone to call you twice a day at a stipulated time is mostly not possible. Even if you are not able to talk to each other for a day or more due to some reason, that is okay!

Getting worried for them is a genuine concern. But being upset or mulling over it is unhealthy behaviour. When you do this, you put your partner in a tight spot and make them feel guilty for something that is not their fault. Understanding your partner and their life style is all a part of loving them.

When you are single and people constantly hammer you about the ‘need’ for ‘someone special’ in your life, it is irritating as hell. Being with someone or not being with someone is a personal choice. Let each one decide for themselves.

Stop trying to find ‘boyfriends’ or ‘girlfriends’ for your ‘single’ friends unnecessarily.

This has got to do with an assumption that if you are single, you are indeed unhappy in life.

Read those ridiculous WhatsApp jokes about being single and ‘frustrated’, you’ll know what I am saying. 6) You become boring when in a ‘relationship’.

Of course, because you chose to like one person at a time and are not drooling over every breast you see? OMG, how can that be normal? Are you okay? You should be ‘interesting’!
I hope I have made my point.

One needs to be jealous when their partner has a lot of friends from the other sex. The sense of security, trust in your partner and basic maturity can go to f**k themselves!

8) Not Understanding the Term ‘Busy’

Being ‘busy’ with work is not an acceptable reason for not being able to talk. The germs of insecurity prompt in your ear that it is an excuse. Your significant other is not working but rather hanging around with the people you hate.
You are right. Indeed! Try and tell someone that you are in an LDR and they lose their minds. How do you manage is the first question they ask.

If only the basic foundation of your love for someone stemmed out of seeing them every day. Indeed, physical intimacy is important but if it is more important than your partner, then you are more likely to cheat or break up because it’s a long-distance. It all depends more on who you are as a person than on the equation between you two.

The most irritating part of it is when the world starts perceiving a couple as one entity. Whatever you do, has to be in sync with each other.
People tend to believe that your opinions, your mindset, your choices, all are bound to become the same.

This stems from a very problematic idea of marriages in India wherein one person gives up their previous identity in a way (including the surname) after becoming a part of their partner’s environment. In most instances, it is the woman.

This idea seeps into modern relationships where it can be either.

NOOOO! Having or not having sex is purely a personal choice. You do not owe anything to your partner just because ‘you love them’. On the contrary, if they love you, they respect your decisions. They will never force you.

The skewed understanding about consent in general results in people staying in abusive relationships and is also responsible for the ignorance around marital rape.

Choose whatever life suits you the best, ‘single’ or ‘committed’. Just stop attaching labels to any of your actions when ‘in love’ or ‘not in love’.

Neither of them is the better side or the worse just by the virtue of it.

You define it for yourself.

You May Also Like To Read:-
Investigation First, Arrest Later: New Amendments In The Dowry Act That Men Should Know 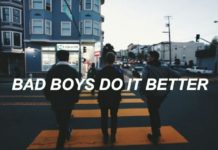 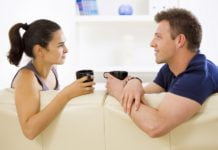 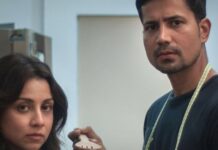 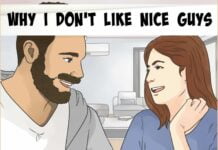