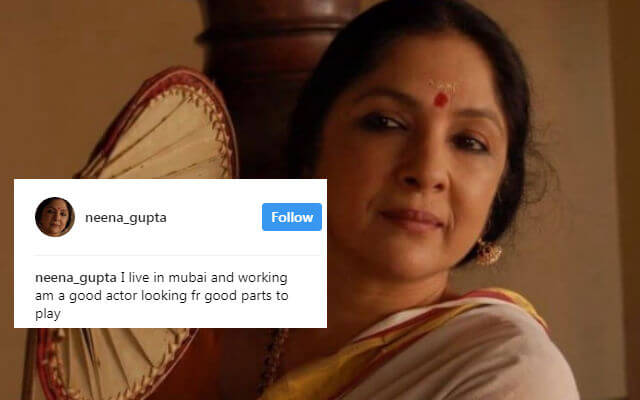 Sanjai Mishra, a Bollywood actor you might know from Masaan, Golmaal, Ankhon Dekhi and even popular television show Office Office recently came out and talked a bit about how difficult life still is for the ‘not-lead’ actors.

He stated that while the scene for ‘supporting actors’ is slightly better than before and directors are understanding their importance that is not exactly translating into good pay that can rival that of the lead actor’s. In fact, till date, even after working in many critically acclaimed films and TV shows, Mishra is still living in a rented house since he does not have the cash to buy his own house.

And it does seem to be true that while children of famous Bollywood actors or those who have cozied up to a powerful star are earning a good bit even without having many films to their name, on the other hand, there are also quite a few talented actors who find themselves out of the race quickly.

Shaan Feeling Out Of Work

In 2017, Shaan talked about feeling out of work since he’d stopped getting approached for jobs and how it was quite disheartening.

In another interview he also said that, “Today you are as big as your social media following is. So, I’m just holding on to whatever I get as answers, because I really don’t have an answer to why suddenly no one wants to get me to sing for them. It’s not like I had a very dated style of singing or I had a very typical way of singing that I exhausted singing over the years.”

In the 90s our TVs and radios were filled with songs sung by Shaan in not just Bollywood movies but even from his own independent albums.

Shaan gave many campus and school anthems about youth with the most iconic being Tanha Dil, that was and still remains a favourite of young people.

But sadly with the changing times and more new singers coming up, it seems Shaan was left behind in the industry. Read More: I Went To Bollywood As A 21 Year Old And Here I Am, Jobless, Struggling, Even After Many Great Stints

How Neena Gupta Turned It Around

Neena Gupta, the talented and national award winning actress, was nowhere to be seen for the past few years. The one reason she was in the limelight was due to her daughter Masaba gaining popularity as a designer.

However, last year in July, Gupta posted a simple line on her Instagram and Twitter that said she was an actor, living in Mumbai and to contact for any role available.

This straight-forward and no-nonsense caption really brought about a tidal wave of support and appreciation with even her daughter sharing the post and saying that,

“Just the other day I was telling someone how I’m never afraid/shy to ask for work. It’s obviously genetic. My mother put up this post on her Instagram today. I mean, my 62 year old National Award winning mother. She told me I must always work, no matter what. It keeps you from getting old. She told me they don’t write for women her age anymore. I don’t think anyone can replicate what she did for TV anymore. She complains that she can’t do PR but says ‘I do good work, that’s my PR’. Time and again we’ve spoken about how whatever she asks for, in due time she gets. But that’s the magic of a pure heart. The universe just can’t refuse you. The only advice I have the guts to give her is… don’t work with anyone who won’e respect you at this age. That’s the bare minimum and it’s a strange strange industry she’s in. The advice she gives me in return is ‘Whatever you do, free ka PR mat khaana, you’re only someone’s wife/kid/niece/sister for this long. Prove yourself. Work. Walk the talk and fly.”

While to some it might seem a bit shocking and out of character for such a seasoned and well-known actor to ask for work so publicly, ultimately it worked in Gupta’s favour who now has done 5 films back to back.

With her having worked in films like Mulk, Veere Di Wedding, Dibakar Banerjee’s Sandeep and Pinky Faraar and Amit Sharma’s Badhaai Ho, Neena Gupta is currently in Cannes for her next movie The Last Colour that is also the debut of chef Vikas Khanna as director. This just goes to show that sometimes it’s good to put your pride away and actually ask around for work instead of thinking what will others think.

It also proves the power of social media in today’s time where a person can completely change their life with a post or two.