HomeTechnologyOK... This Is Big Sales !!!
Technology Apple sold more iPads in four days than RIM has sold PlayBooks and Motorola has sold Xooms–combined–in the last year.

“The new iPad is a blockbuster with three million sold–the strongest iPad launch yet,” said Philip Schiller, Apple’s senior VP of worldwide marketing. “Customers are loving the incredible new features of iPad, including the stunning Retina display, and we can’t wait to get it into the hands of even more customers around the world this Friday.”

Three million new iPads in four days is no doubt impressive. Apple said that the new iPad had a record weekend, and now we have the numbers to back that claim up. AT&T also said that it saw a record number of new iPad activations on its network.

But no single tablet maker is doing nearly as well as Apple.

RIM, for example, has sold somewhere between 1 million and 1.25 million PlayBook tablets. Many of them were sold for less than the original $499 price. In fact, the PlayBook’s price has been closer to $199 since September. Motorola has sold about 1 million Xoom tablets, based on its 2011 full-year financial statement. Add RIM and Motorola together, and the two combined might have moved 2.25 to 2.5 million tablets over the course of an entire year.

The new iPad is set to go on sale in an additional 24 countries March 23.  It is conceivable that Apple will move between 7 and 10 million new iPads in the March 16-26 period. 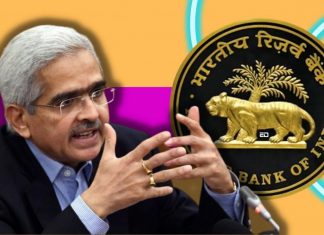 Shouvonik Bose - August 11, 2022
The Supreme Court had said the Reserve Bank of India (RBI) could not deny information sought under the right to information (RTI) law merely...

ResearchED: Why Are Bankers, Engineers And Other Professionals Turning Teachers On...