Home Lifestyle North Koreans Told To Give Away Their Pet Dogs For Meat As... 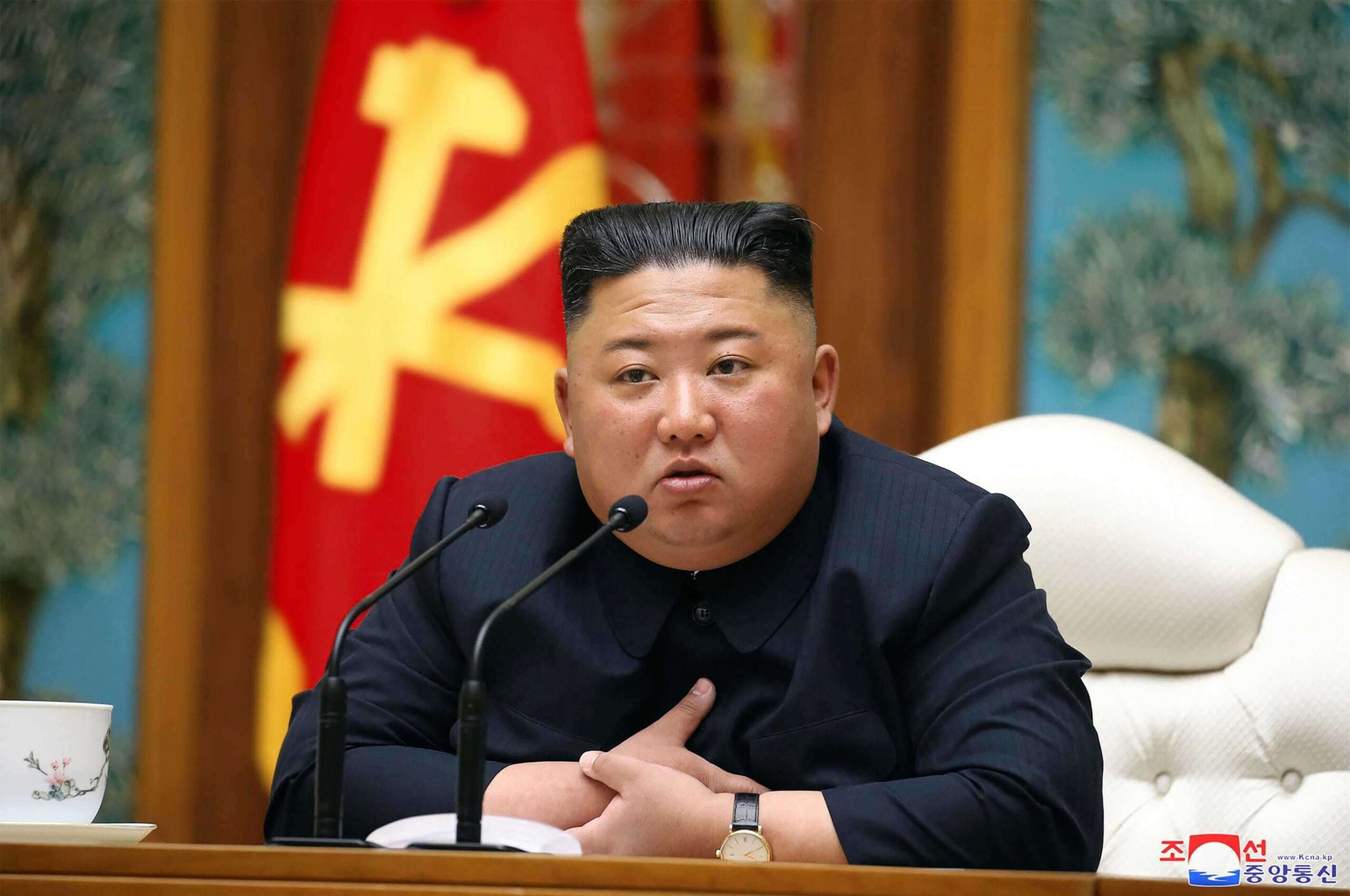 Do you have a pet dog? He must be adorable, no? Do you love him? If yes, then how much? What if someone asks you to surrender your pet so that a person could kill him, without giving a second thought…you might kill that person instead. You may be wondering why I am asking such questions.

After reading this, all of you would be taken aback and forced to question humanity. We are very much aware of the dog-eating culture in North Korea. Certainly, at some point, many of us have cursed them with all our might for their bloodthirsty desire. How could someone even stab a dog, and especially after looking into their heart-melting eyes? 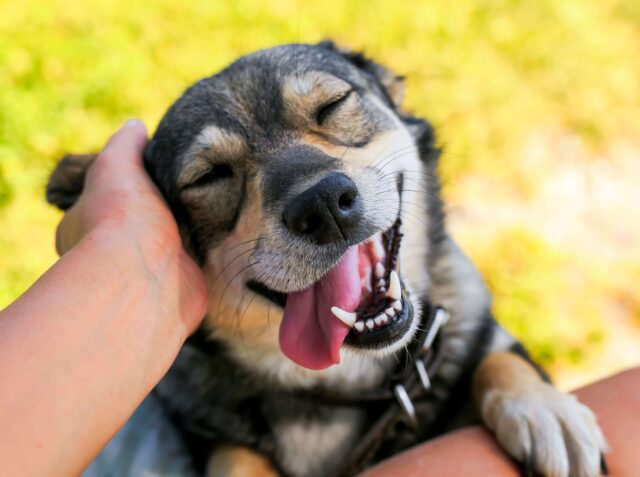 But the authorities in North Korea seem to have crossed all the limits. North Koreans are being ordered by their dictator, Kim Jong-un, to hand over ‘decadent and bourgeois‘ pet dogs for restaurant meat because of their inhuman cravings as the country is suffering from food shortages.

Here in India, we wouldn’t take more than a minute to adopt a dog if our parents allow it. But North Korea doesn’t have such privilege, they are not allowed to own a pet dog. 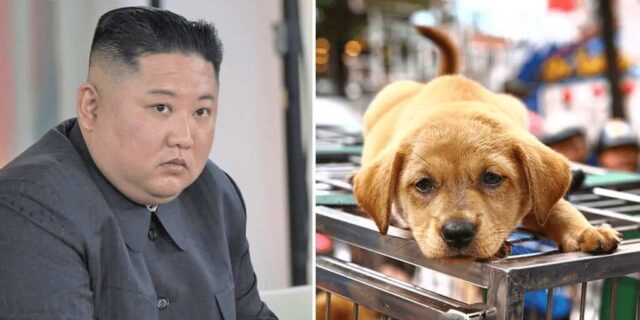 Kim Jong-un announced in July that owning a pet dog is illegal and against the law. According to him, pet dogs are a symbol of ‘capitalist decadence‘ and one should not own them at any cost.

An order has been passed and adhering to the dictator, the authorities have started spotting houses with dogs in Pyongyang and rounding them up, either by forcing the owner to surrender their pets or forcefully seizing them. However, the owners are not even given a hint as to what is going to happen to their beloved pets. 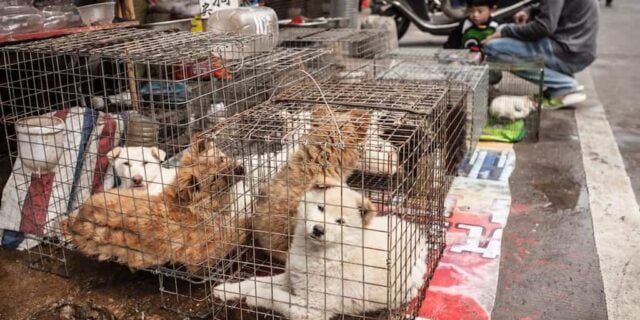 According to a report by Daily Mail Online, some of the dogs are sent to state-run zoos or sold to dog meat restaurants. This is the result of a widespread food shortage in North Korea due to discontinued trade with China for obvious reasons.

Last year, North Korea was devastated by a number of natural disasters that ruined nearly 1,00,000 acres of productive land, 17,000 homes, and 600 public properties. As a result, around 60% of the total population (25.5 million) is suffering extensively.

Dog meat is considered no less than a delicacy in the Korean Peninsula. It is believed to raise the body temperature in the winters and provide energy and stamina.

However, this culture is gradually fading out in South Korea because of increasing awareness regarding animal rights. Many people have already abandoned the tradition. In a survey by Humane Society International, about 70% of South Koreans disapproved of dog meat-eating culture. 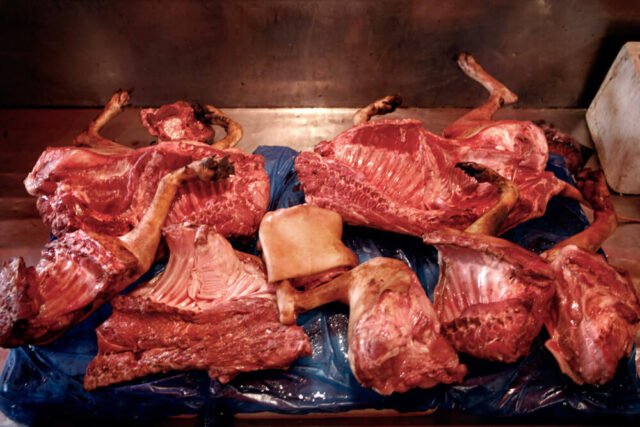 According to a report by USA Today, about 2.5 million dogs are raised in North Korean dog farms every year and among them, 1 million are slaughtered and eaten. The remaining dogs are used for breeding with other dogs that are dying because of the farms’ ‘high mortality rate’.

Dogs Are Meant To Be Human’s Best Friends, Not Diet

People are left with nothing to do but give up their pets with a stoned heart. After all, how can they refuse to obey the decisions of their leader who calls himself “Supreme Dignity” and believes that owning a dog is ‘a tainted trend of bourgeois ideology‘.

With pork and beef being a luxury for most of the people in North Korea, Kim found dogs as an alternative to beat off people’s hunger in the future.

Pet-owners must be cursing Kim Jong-un for his decision. The dogs are not only going to be slaughtered but would be tortured and kept in brutal living conditions. The USA Today report says that dogs are captured in wire cages and fed with the worst food. 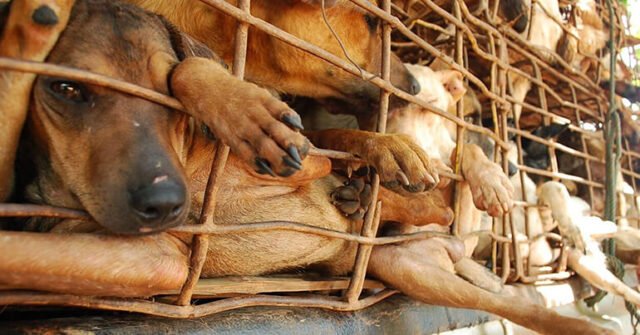 Dogs are usually killed by electrocution in the country. It is a process of injuring or killing someone by electric shock. In this beastly and remorseless process, dogs are first soaked with water and then given shocks with an electric rod.

Every aspect has two sides, good and bad, but in this case, I am hamstrung to point out anything good. Dissociation of dogs from their owners and killing them for whatsoever reason is not only inhuman but it forces us to ponder over as to which extent humans can stoop down for their wants.

Did North Korea’s Kim Jong-un Use A Body Double To Make A Recent Appearance After News Of His Demise?