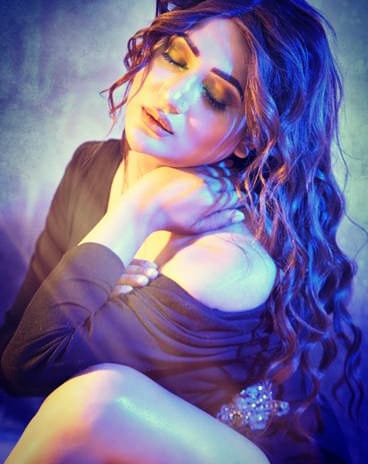 Navya Singh is a momento in herself. A memento of abundance in talent on beauty, artistic talent, creativity, model, dancer, and singer. She is born with artistic talent. Be it dancing, singing, putting up a traditional act, pop song, rap song, musical album, mysterious roles, she does it all. Her talent has drawn many fans. With a huge fan following and her acting skills, she can make any ordinary album, series or movie, shine out with her presence as a glamorous baby doll, who has won a Transgender women beauty pageant. Her social media handles are flooded with millions of follows. The multi-talented Navya Singh despite being a transsexual  Women is challenging many naturally born women with her glowing beauty and feminism.
She is not just an ocean of talent herself, she is a legendary  girl who has inspired many newcomers in the fashion and film industry and providing them with the most desired opportunity to bloom.
She has recently featured in two music video, “Sabhal Jao” and “Udhan Chudaro” where her acting and dancing skills and work has been highly appreciated. Now her latest music video is released by the name of “Kudi Patola”. It is a Punjabi music album. This album also features Adit Mittal as a Co-actor, who is the brand ambassador of Glam Guilt, a clothing brand, who can be seen in a sizzling look along with Navya Singh the ever-hot model.
Navya Singh has been titled as a “one-take artists” by her director, producers, crew, and Co-stars and she is taking pride in this compliment of having been understood the role so well that she can deliver on the director’s expectations in one take.
Our best wishes to the Women of talent and wisdom.
Watch now: