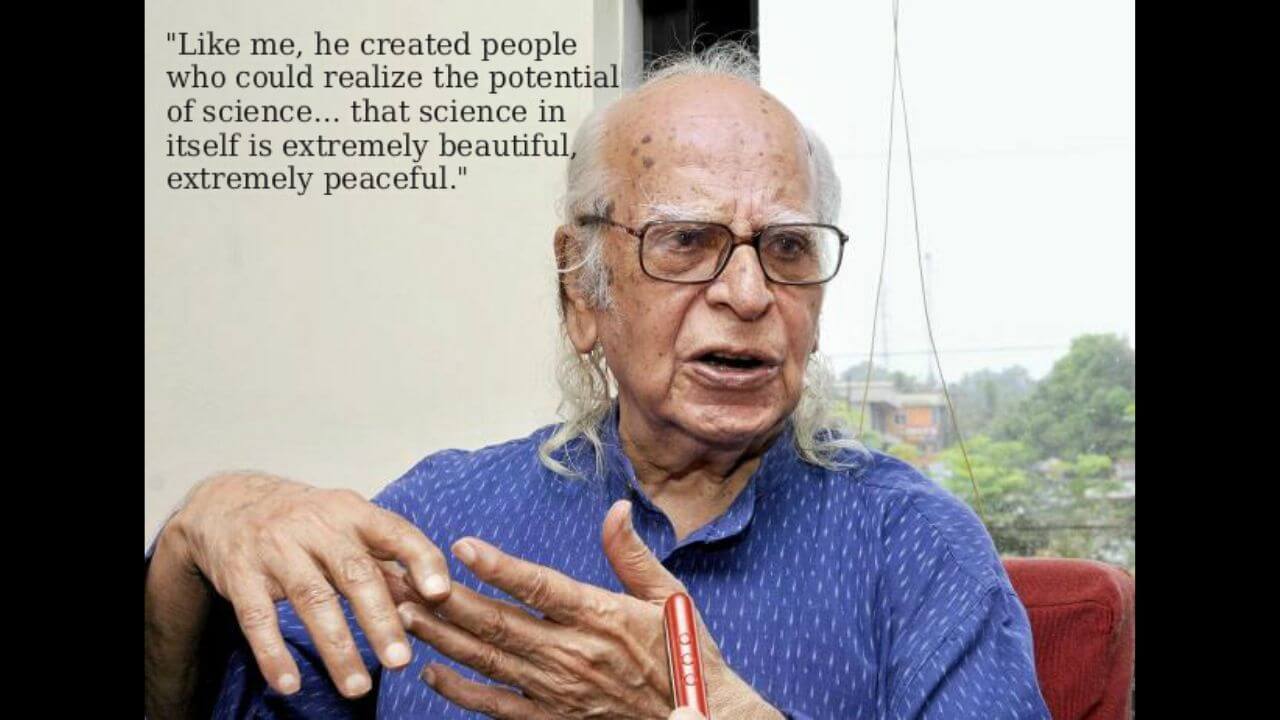 Professor Yash Pal passed away on 26th July 2017. It is sad how many still have to Google his name. One thing even sadder is – people have not yet fully realized how important of an educator he was, and will forever be.

Most who mourn his loss know him as an exceptional physicist who contributed much in the 1950s and 60s towards the study of cosmic rays. Or if not that, we know him as someone who always took a stance and strongly criticized commercialization of education.

To people of my age, we must remember him through a popular TV series on Doordarshan called “Turning Point”, which I believe was the most revolutionary and important TV series of our times.

The tryst with science

Science was always a task; I had no affinity towards it, especially physics and often cried tears while studying it.

One day, I must have been in ninth grade, I switched on to Doordarshan and saw a television programme which captured my attention – there was an old man with funny beard, talking to me about science the same way I would talk to anyone. He held the same doubts that I did, the same questions as I asked.

How could someone be so similar?

Also read: The Science Community Has Found Its Next Einstein – A Millennial Woman

“Toh kya badi baat ho gayi agar ozone mein 3 oxygen atoms hain?” This is how exactly any kid would ask a question. The more I experienced him talking to me, the more I wanted to listen to him.

Professor Yash Pal opened a realm of science to me – a science that was not mechanical, that wasn’t a result of rote learning. He introduced me to a world far away which was not in books – made me dive into the real world. He took a chapter from your NCERT textbook and went through each and every concept with utmost patience.

There were models, everyday examples, and simplified examples, in a language anyone would understand. And this only made science so easy to me.

It only made you wonder how much the scientist himself knew, how clear he was about his concepts, because like Einstein said, “If you can’t explain it to a six year old, you haven’t understood it yourself.”

If we talk about educators who reformed the education system, it will be an utter disrespect to exclude Professor Yash Pal from the list. I doubt if anyone would ever DARE to do that.

A philosopher and an educator

Professor Pal often intertwined philosophy with physics. The eternal questions of “How” and “Why”, to invoke further curiosity.

Physics, to him, was a deeply philosophical subject apart from being extremely practical. Afterall, physics was everything – from existence to history.