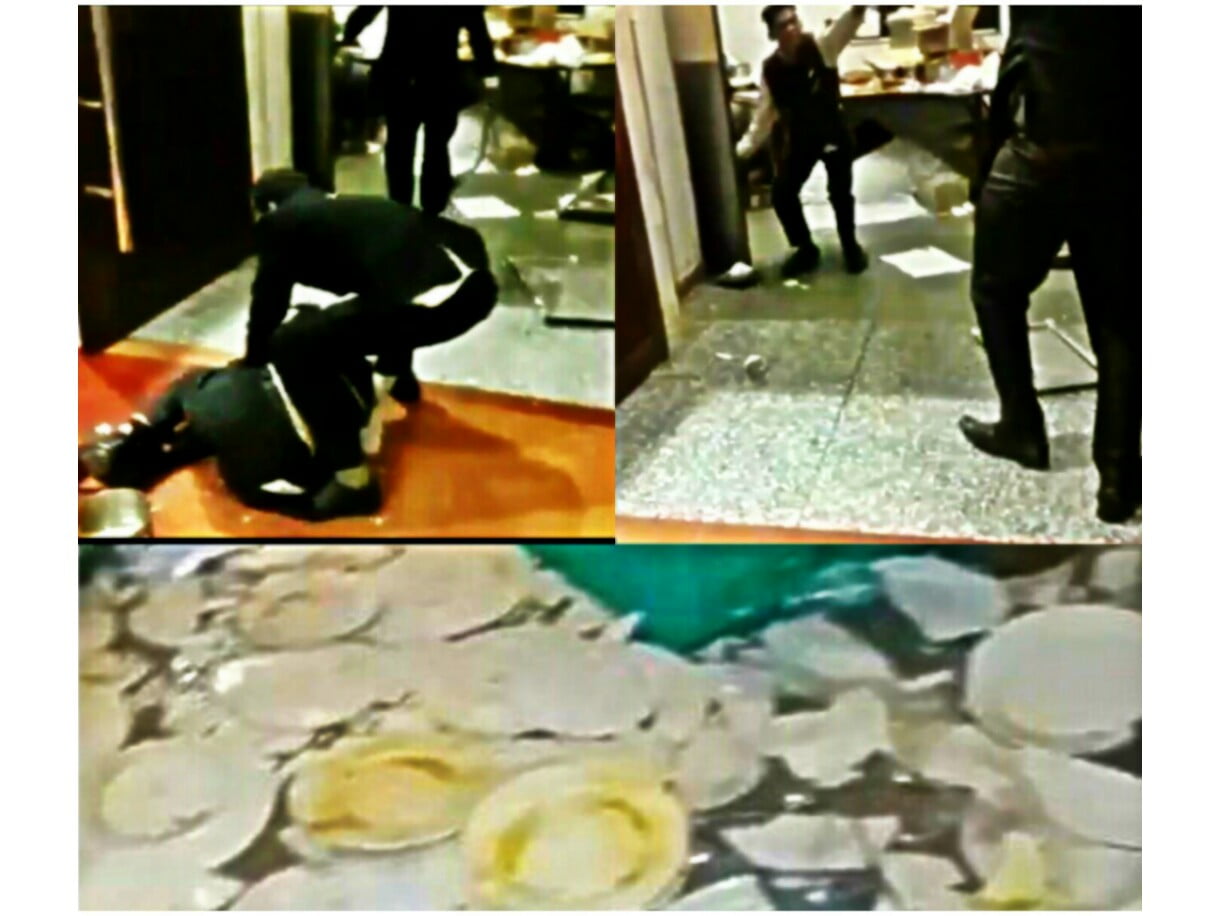 In a deplorable incident at ‘Piccadily Hotel’, Janakpuri, Delhi, guests at a wedding event lost all their might and created a ruckus as they started beating up the hotel staff for serving food that wasn’t “hot enough”.

Since then videos of the event have been doing rounds on the internet, facing severe bashing from the social media and we would say, “Rightly so!”

The video going viral shows a crowd of guests vandalizing the banquet hall and the kitchen on a rampage that went straight for half an hour. Another video recorded after the incident displays the broken crockery and spilled food in the kitchen.

The most scandalizing part of the video was when a staff on the floor pleads to be saved and yet ends up being beaten by the raccoons with a steel tray.

The rest of the guests and the family members of the men creating the ruckus, were seen equally ashamed and distressed of the incident and were trying to stop the violence.

This was not the first time when a stage like this has been set. A similar stage was set when Jessica Lal was shot merely for refusing to serve alcohol.

To consider the hotel staff, that serves you and cooks for you as your personal paid slaves, is in itself a reflection of the kind of mentality people have in the society. Customers referring to waiters as a sound and not a name, is an example enough to showcase the culture of ‘customer bullying’.

Here are some of the responses to the incident from the hospitality industry:

However, without getting into the moral grounds of “Koi Kaam Bada Ya Chota Nahi Hota”, (for most don’t believe in it) I would rather give a brief account of why they deserve all the respect and moreover why they do not need to ask for it.

These staff from the hospitality industry that we casually treat like our paid servants is in most cases graduates from the most eminent institutes of Management in India and abroad.

They bear high professional degrees and are trained for their jobs with minimum 12-16 hours of ground level training every day.

Most of them come from equally privileged and educated families, trying to be the best at their jobs.

However, this was the logic for people who find it hard to look beyond the lens of money and education. As humans, do we need money and a degree to give people the kind of respect they deserve?

Are the waiters picking up your plates or the staff cleaning your sheets not worthy of the respect that the rest of us get?

Even if they fail to provide you with the quality of services equal to the amount you are paying up, the question is whether we have the right to infringe upon their self esteem and treat them like we have an undue control over them simply because we are paying up?

The answer is however simple: