Feni, the 500-year-old beverage, gets its name from the Sanskrit word ‘phena’ which means ‘froth’. The alcoholic drink is named so because of its characteristic froth that helps to determine the purity of the liquor.

Another distinct trait of the drink is its strong and pungent smell. “Feni will affect a man’s head merely by smelling it, to say nothing of drinking it”, Ludovico de Varthema, 16th-century Italian traveller has been quoted saying.

Feni, with 43-45% alcoholic content, is made from cashew fruit juice, which is made to go through a long process of distillation to get the final product.

The Story Of The Gaonkar Family

While Goan manufacturers are trying to bring feni to the mainstream market with their modern and upgraded production method, the Gaonkar family has stuck with their age-old process.

The family hasn’t moved its business to the urban market like most others and caters only to the local crowd. They have carried the tradition of feni making with hard work and dedication.

Drupathi Gaonkar, the matriarch of the family, is the head of the operation. While the family has been making and selling feni for about ten decades now, Drupathi had taken over the business after her husband passed away. It has been 60 years since then.

The Gaonkar family goes through a long and tiring process to make the purest form of feni.

They wake up every morning and search for fallen ripe fruits in their land filled with cashew trees. They fill around 8 buckets with cashew fruits in an hour and proceed to separate the fruit from the nut.

Read More: Despite Huge Revenue From Alcohol, Why Does India Not Have A Uniform Drinking Age?

Then starts the most interesting and unique part of the feni making process. Santosh Gaonkar braces on his mining boots and begins on the stomping journey to squeeze out the juice from the cashew fruits.

The hard soles of the boots make sure that every last drop of juice is squashed out. The slippery nature of the stomping floor and extreme seasonal heat makes the job quite hard.

After rigorous stomping for more than an hour, the fruits are piled one upon the other and are wrapped and tied with rope. Then for a final round of squeezing, heavy rocks are kept above the pile to extract the juice. 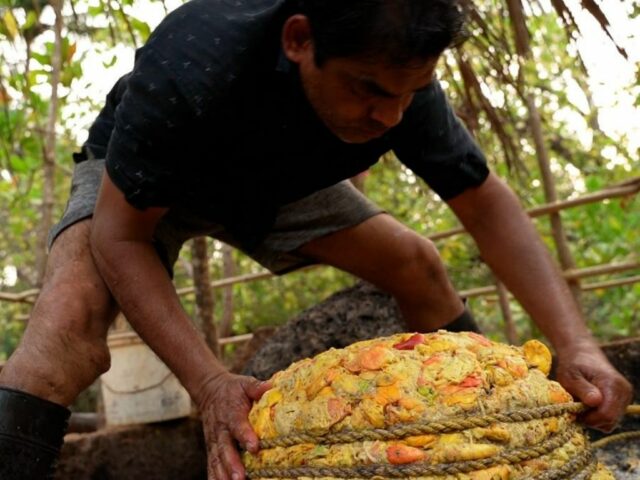 The juice is next filtered and left to ferment for two to three days. After the fermentation gets over, the juice is shifted to a copper drum. The copper drum is sealed with a cloth soaked in rich and refined mud. The drum is then put on the heat and thus starts the eight hours long distillation process.

At the end of the distillation process, once the right temperature is hit, we get the 43-45% alcohol rich feni.

Business Scenario Of The Gaonkar Family And Final Words

The financial situation of the Gaonkar family hasn’t been very stable in recent years.

From March to April, which is the feni season, the family sells about 175 litres to the local customers and earns approximately fifty thousand in the Indian currency.

But with people crossing the lines of their rural homes to work in the big cities, the number of customers has gone for a dip. And so has the Gaonkar family’s income. 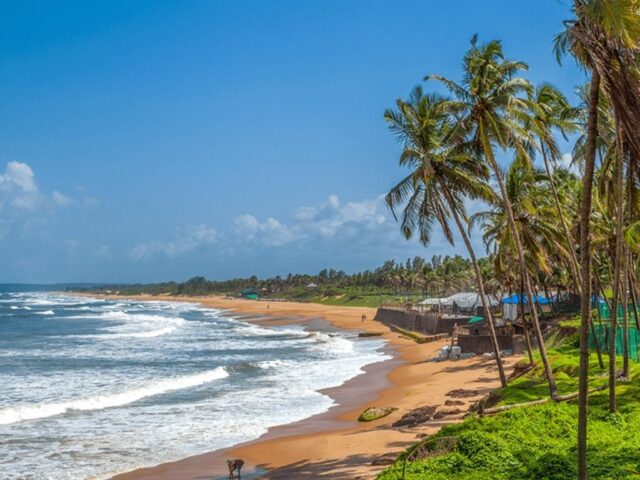 According to the Gaonkar family, it’s getting hard for them to sustain their business. Their future is looking bleak.

We do hope the situation does get better and the Gaonkar family pulls through.

Is Alcohol As Good A Pain Reliever As You Think?