Home Lifestyle Despite Huge Revenue From Alcohol, Why Does India Not Have A Uniform... 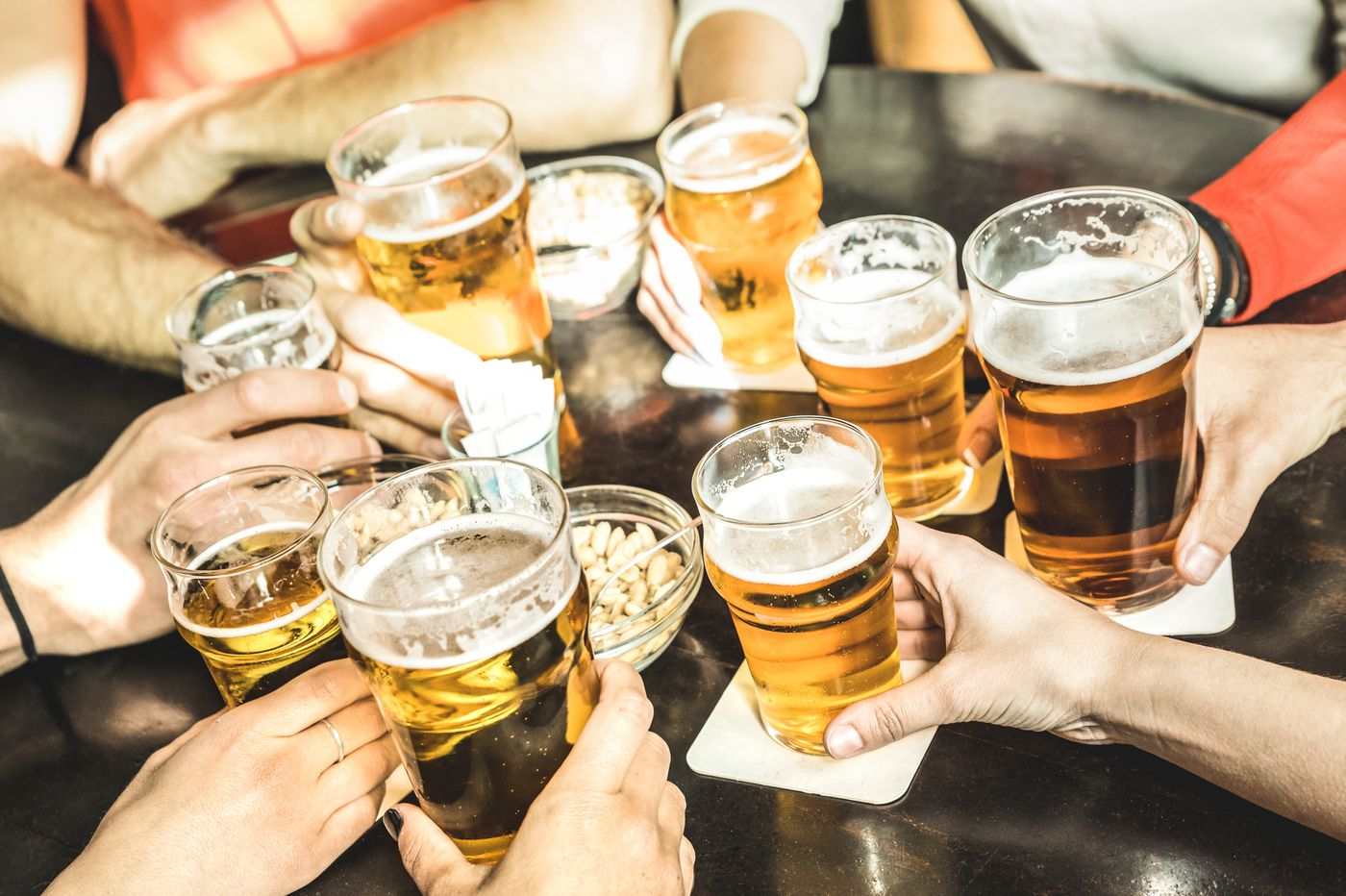 After lockdown restrictions were eased and liquor stores reopened, the Delhi government hiked the price of alcohol by 70%. People still flocked to stores, standing for hours in line to get their hands on some liquor.

Taxes on alcohol are an important source of revenue for the Delhi government. And yet, the drinking age in Delhi and many other states which rely on income from alcohol sales is 25 or generally much higher than 18.

Why is the government sitting on the golden goose that is alcohol?

What Is The Drinking Age In India And The Rest Of The World?

The legal age for drinking in most countries is 18-21 years. In the US, it’s 21, in most European countries, it’s 18. Yet India, never the one to follow trends, does not have a uniform drinking age.

While an 18-year-old can consume alcohol, it’s illegal for the same person to drink in Punjab. Delhi’s legal drinking age is 25 (!) while a person can waltz over to neighbouring Noida and get alcohol at age 21.

I know India is known for its diversity but this is taking it too far.

Also Read: Flowers Showered On People In Line For Buying Alcohol In Delhi And Uttar Pradesh

What Does The Constitution Say?

Under the Seventh Schedule of the Constitution of India, alcohol comes under the purview of the State List which means that individual state governments, not the Centre, get to decide at what age one can chug some beer or not consume alcohol at all.

Indian states nearly earned a combined Rs 2 trillion from the sale of alcohol in the 2020 financial year. That’s a huge number, 12 zeroes next to the 2 to be exact. To make it easy, the government leaves it up to the states to set up rules about alcohol so states can manage this huge revenue on their own. 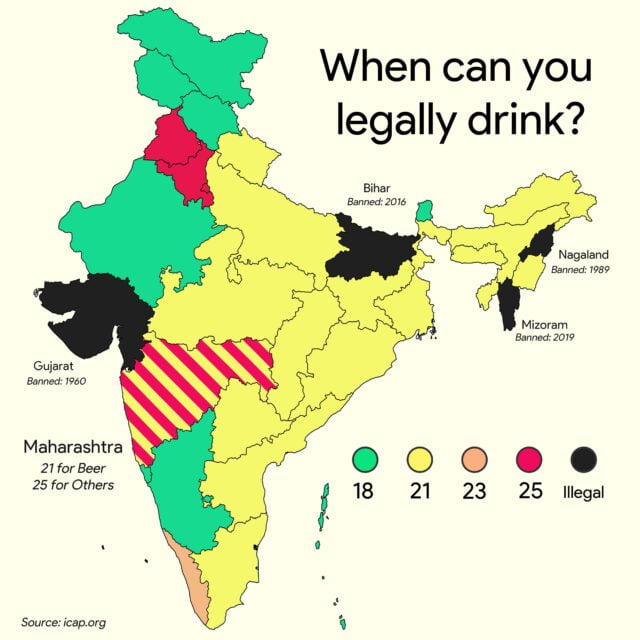 Make no mistake, despite the outwardly conservative image of India, the country depends a lot on alcohol, so much so, that in lockdown, Kerala even allowed liquor to be delivered to your doorstep.

So this begs the question, for a country that is reliant on its income from alcohol, why does it not have a uniform drinking age as of yet?

Some states like Bihar and Gujrat have outright banned alcohol consumption in the state, age no bar, while states like Rajasthan and Sikkim allow drinking from age 18.

Those who are in favour of lowering the drinking age claim that the government is being paternalistic, allowing people to vote, marry and have children by 18-21 years but not providing them with the freedom to drink, thus denying them autonomy. 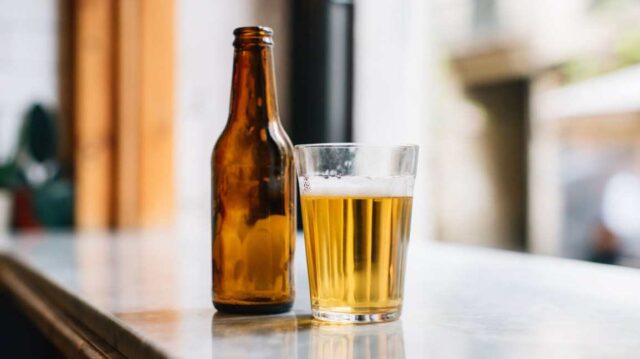 However, despite the huge revenue to be gained from the sale of alcohol, some states choose to ban it. This might be attributed to hopes of reducing alcoholism, which is a serious problem for India (India alone consumed 5.4 billion litres of alcohol in 2016) or even reducing domestic violence.

Research published in Springer has found that “men who are legally allowed to drink are significantly more likely to commit violence against their partners, suggesting a causal channel between alcohol consumption and domestic violence.”

There are many reasons to consider when deciding the drinking age, but it feels entirely unfair to have such a drastic difference in who is considered ‘mature’ enough to drink in the same country.

If you think ‘oh, people defy drinking laws anyways’, then you’d be surprised to know that research found that “alcohol prohibition policies in India are associated with a 40% decrease in the quantity of alcohol consumed.” Laws work, but they work much better if they’re consistent and uniform.

Nitish Bans Alcohol in Bihar. Much Needed Or Another Useless Ban?