When Gulzar Saab said in an interview with the Times of India that directors are coming out with much bolder topics than just bedtime stories, I (honestly) didn’t believe him because many of our classic films such as Mohabbatein, Ghulam, Baazigar, and Abhimaan were anything but original.

However, after watching Vikas Khanna’s debut film ‘The Last Color’, I couldn’t agree more with Gulzar Saab. Indian cinema has truly become a reflection of our society. The Last Color breaks too many barriers at once.

The horrendous treatment directed towards widows, who are ruthlessly left to fend for themselves, domestic violence, casteism, mistreatment of transgenders, misuse of power by the police etc. 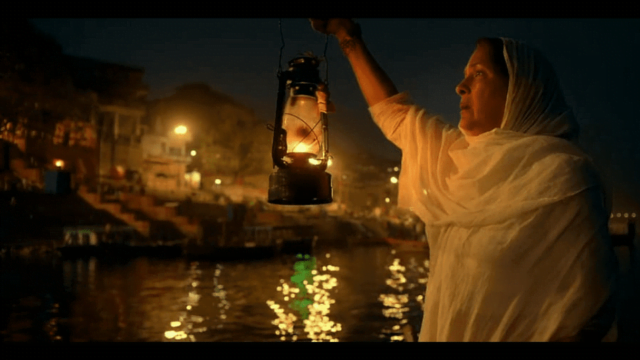 It’s quite ironic that even though the movie is set in Varanasi, the city of light, it (movie) brings out the ugly and dark side of society. However, the fun fact here is that the film didn’t break barriers just on-screen but off-screen as well.

The Last Color: A Story Of Hope And Freedom

The last color is a heartwarming story that makes you smile amid all the gloom. The movie celebrates an unusual friendship between an aged widow ‘Noor’ in Benaras and a young homeless rope walker ‘Choti’. 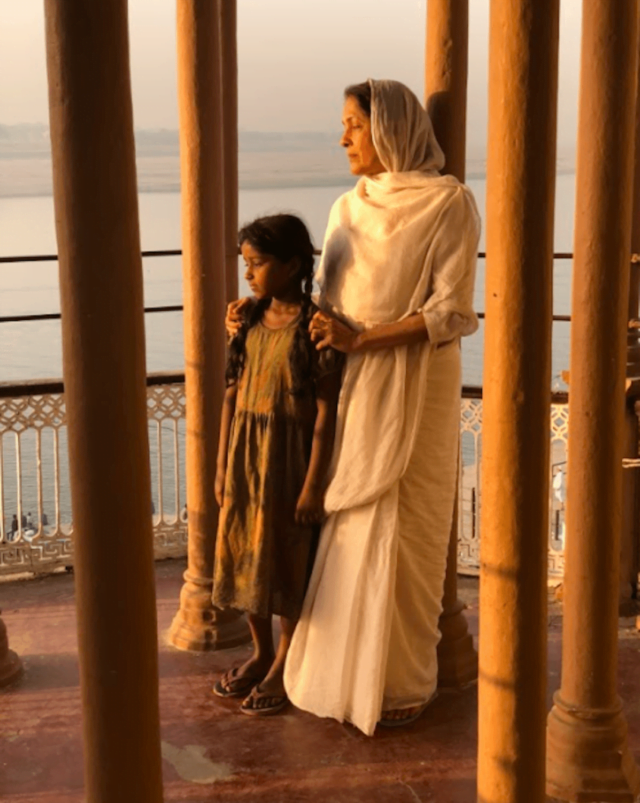 Choti is an orphan who has grown up on the banks of River Ganga in Benaras and does odd jobs to survive with the help of her friend, Chintu. Both of them dream of studying in school and thus save up money for it as rope walkers along with their odd jobs.

Choti and Chintu are homeless and often get into trouble with the cops. One day, Choti gets lost after a run with cops and finds herself befriending Noor, a lonesome widow who lives in an ashram nearby and visits the ghat every day.

Noor’s life, much like Choti, has been one full of hardships and struggle. So when Choti showers her with warmth and care, Noor finds it difficult to accept it but then eventually finds comfort in the young girl’s company. 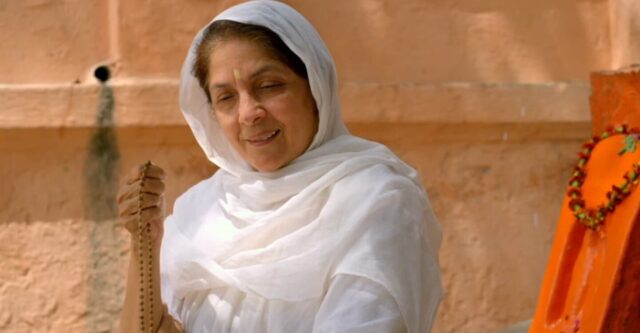 Noor’s life lacks colour just like her white perpetuity until she encounters Choti. However, despite that, Noor is fond of colours, she loves “gulabi – woh jo mughal raniyaan pehanti thi, woh wala gulabi”.

Upon hearing these words, naive and unaware of societal functioning, Choti yearns to see her friend in pink and promises to celebrate Holi with her. 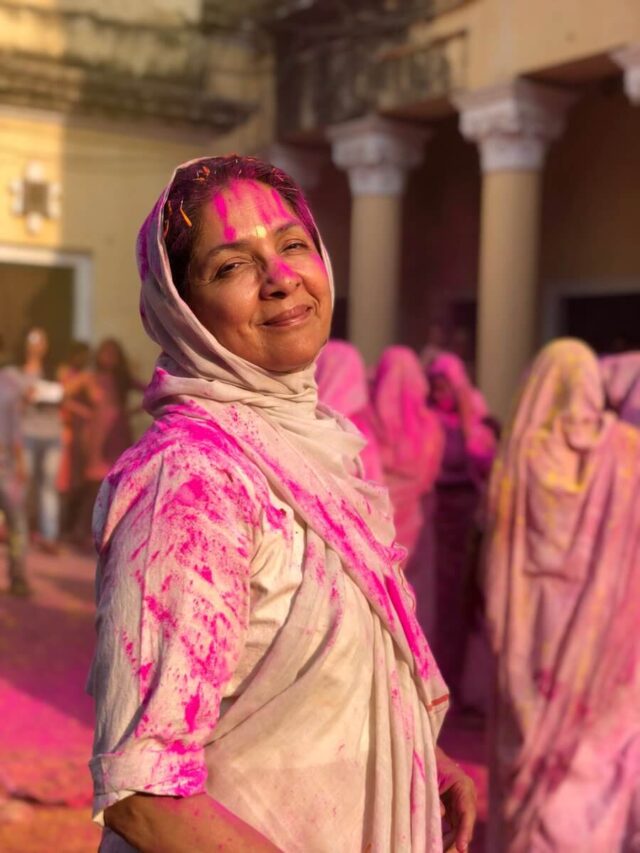 Read more: This College Student Is On A Mission To Help The LGBTQ Community Build Dignified, Regular, Formal Income For Themselves & He Has Already Taken Action

One of the film’s central characters, Anarkali, played by Rudrani Chetri, is a transgender woman. She is Chhoti’s guardian, is intolerant towards injustice and stands up against the corrupt system to bring about a revolution. 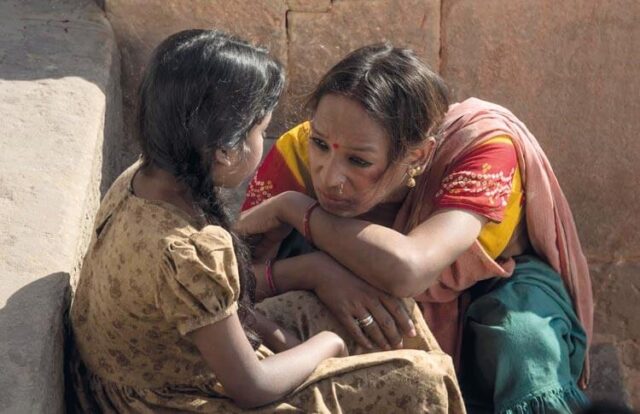 Khanna was very adamant about Anarkali’s character and refused to have it played by “a man in a saree”.

When Rudrani auditioned for the same, her “fearless energy” in auditions moved Khanna and he instantly knew that she was perfect for the role. Khanna said in an interview, “Her eyes, pain, silence, acting, dedication, discipline and talent is unmatched”. 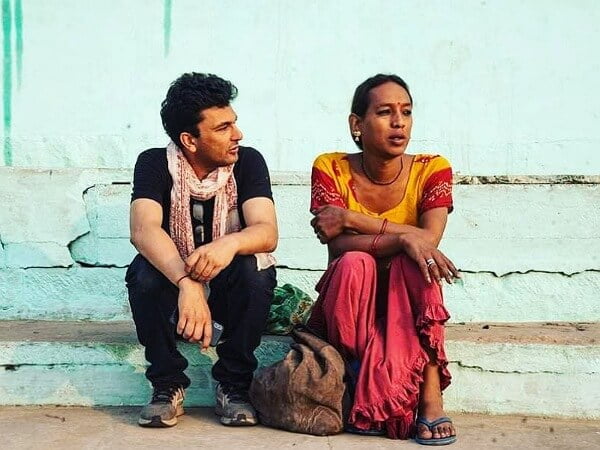 Rudrani says that she does not mind cisgender people playing trans characters, as long as they do justice to the role. However, she is yet to see a single performance by a cisgender person who has nailed a trans role.

She also said that there is ample artistic ability in the trans community and all it needs is just an opportunity to showcase it.

There’s a need for recognition in the film industry for the same that should go beyond evil or comical portrayal of the transgender community. Given they have always been marginalized, ostracised and been subject to violence.

While the legal move to officially recognize the transgender community as the third gender has opened up some occupational opportunities for the community but there are many professional spheres that incorporate inclusivity and diversity, such as that of film and entertainment.

Not to mention, the thoughtless comical role of trans characters in Indian cinema to date has caused many dents to the already discriminated reputation of the transgender community. Thereby, making it all necessary to embrace, empower and mainstream the LGBTQIA+ community as much as possible.