Home Sports Maradona’s Stolen Watch Found On Indian In Assam; Where Is It Going... 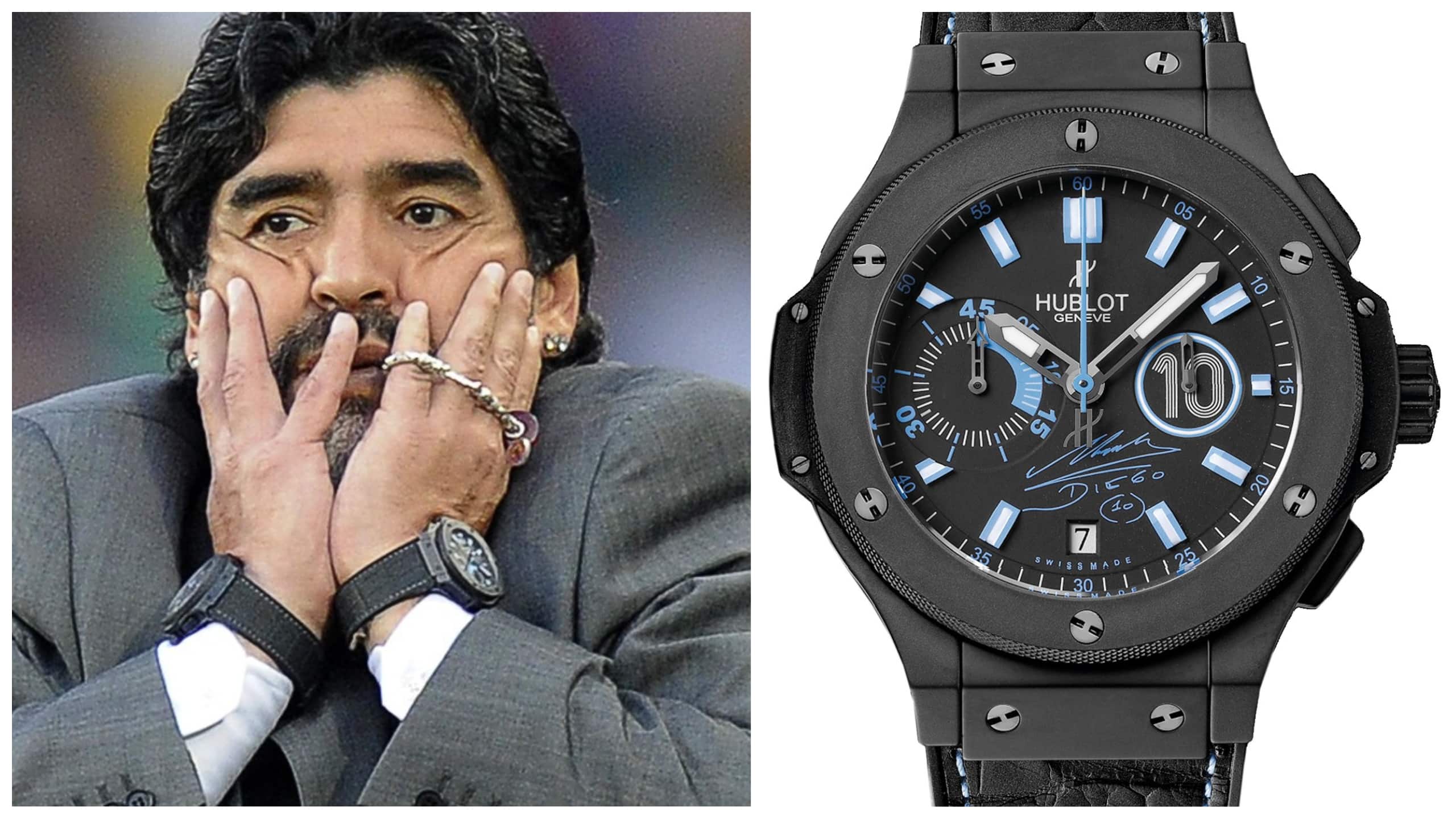 When one goes through a day’s headlines, they never expect to see one of the best footballers of all time’s name be associated with any other subject other than football. However, such was the case when Diego Maradona’s Hublot watch was found in Assam this week. It must be illustrated that the entire fiasco concerning the watch is one out of a Fox Traveller documentary rather than a True Crime documentary.

The Argentine football legend of repute, and occasional disrepute, found himself on the front pages of newspapers all over years after his mournful demise. The fact that he possessed a watch of such expense came as no surprise to anyone for his extravagance was fairly well known all over the world.

Yet, what isn’t known is the story of the Hublot watch that travelled from Dubai to Assam, with an Indian playing the role of its travel guide.

Story Of The Watch: From Dubai To Sivasagar

The modern, dream-like oasis in the Middle-east, Dubai, has been at the centre of numerous sensational news stories, which almost sound unbelievable. Yet, they are as believable and real as four Sheikhs peeking from the windows of a side-drifting Hummer. In that very same show of surreal realism, Diego Maradona’s then domestic helper, Wazid Hussain, found himself at the centre of such a story.

During Maradona’s occasional stay in Dubai, Hussain would help him upkeep his home in the city. Having been employed for a considerable amount of time at the Argentine’s place, he had gained surmountable know-how concerning the basic blueprint of the house.

To put matters into perspective, as reported by the Assam Police, Hussain had worked at his place since 2016. Thus, with prowess, knowledge and a smidge of luck, the helper found his way around the house to the point that he became aware of where the Argentine kept his prized watch.

The limited-edition Hublot watch, signed by Diego Maradona, had been safely kept locked away in a safe. The (almost) 20 lakh INR worth limited edition watch has been reported to exist as a one of its kind model with Diego’s signature on it.

A Hublot spokesperson had stated that another does exist however it is perceivably different from the Argentine’s owing to it being modified. Apart from the obvious sentimental value of the watch, its monetary value is undoubtedly significant, keeping everything in perspective. 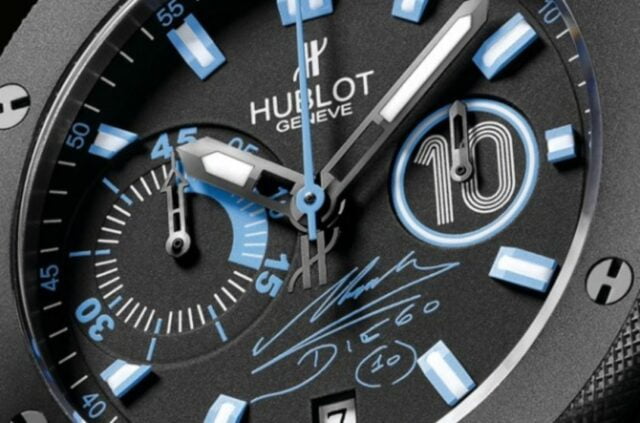 On the more disappointing side of affairs, the thief reportedly stated that it was not out of sentiment that he stole the sacred artefact, but out of carnal monetary greed. Legally it wouldn’t have made much difference but for football fans all around it does come as a shock.

Thus, in light of these happenings, the Dubai Police informed the Assam Police personnel that the alleged culprit had taken refuge in the Sivasagar district. This, inadvertently, brought the police personnel to their feet with lightning speeds.

During the Devil’s hours on a Saturday morning, the police personnel conducted a raid in the regions of Upper Assam and found the alleged culprit with the luxury watch in his possession.

Also Read: With The FIFA World Cup Qualifiers Underway, We Look At A Few Moments That Defined The Competition In The Last Decade 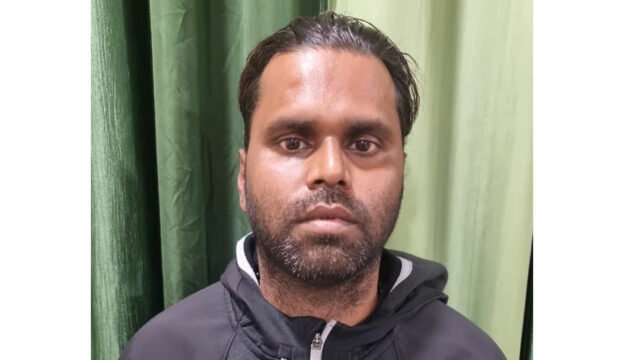 Assam DGP Bhaskar Jyoti Mahanta upon the success of the operation tweeted;

“Today morning at 4:00AM we arrested Wazid from his residence in Sibsagar. The limited edition watch has been recovered from him…A costly Hublot watch… Maradona… Dubai… Assam Police Looks like random words, don’t they? But today all these words came together nicely, stating a story of successful International Cooperation between #DubaiPolice and @assampolice.”

Where Goes The Watch Now?

As of now, it has been reported by the police that the time of the watch being stolen is still unknown. Saddeningly the irony begins and ends right there.

Furthermore, the Chief Minister tweeted the following, congratulating the police department for carrying out its job with such perfection, stating;

“In an act of international cooperation @assampolic has coordinated with @dubaipoliceHQ through Indian federal LEA to recover a heritage @Hublot watch belonging to legendary footballer Late Diego Maradona and arrested one Wazid Hussein. Follow up lawful action is being taken.” 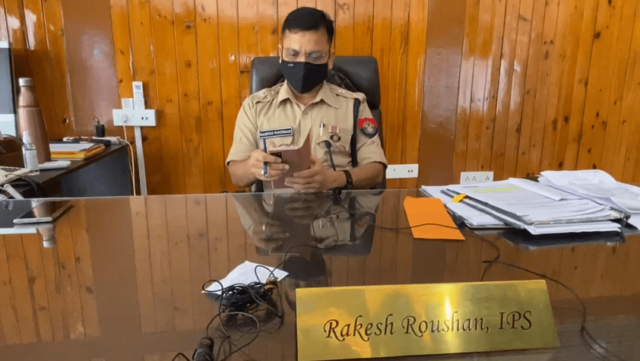 As things stand, no police case has been lodged against the accused, however, as stated by Sivasagar SP, it will only be a matter of time. The Assam Police are waiting for further directions from the Dubai Police if they want the accused handed over to them otherwise, a police investigation shall begin domestically.

The watch, unfortunately, still remains unaware of what fate lies for it. Hopefully, it will find itself gracing a memorial built for the Argentine maestro or a museum erected in his name. Whichever it might be, it will still speak of the colourful days coloured in Diego Maradona’s name and show a time when he would run past defenders with blinding speed and efficiency.

Does Football As A Game And Culture Unite Its Fans Or Create A Bigger Divide And Discriminate Racially?