Blue could be the uncrowned king of colors. It is everywhere around us. The sky above us is blue and so is the ocean beneath us. Blue is royal. Blue-colored eyes are known to be the most captivating.

Blue truly makes everything more attractive. But the prettiest things are often rare in nature. So is the case with the color blue.

It is so commonly found that we could never fathom that it is actually very scarce in nature.

Why Is Blue So Rare?

The answer to this question lies in science. The blue color of the sky or water is not because of any pigment. It is because of the phenomenon of light scattering. The white light from the sun is actually made of seven colours abbreviated as VIBGYOR (Violet, Indigo, Blue, Green, Yellow, Orange, and Red).

Blue has the shortest wavelength (or maximum frequency) due to which it doesn’t travel long distances and is scattered across the air. The reason why many butterflies, flowers, and minerals appear blue is attributed to either an optical illusion or a particular body structure that is too scientific to be explained here.

But, the crux of the matter is that blue is not a commonly found pigment. It is just a part of white light that we see.

Since it cannot be dyed naturally, the word “blue” appeared very late in many languages across the world. For example, in Homer’s Odyssey (7-8th century BCE), the color of the ocean is described as ‘wine-dark’.

Blue dye is believed to be created around 6000 years ago in Peru by combining silica, calcium oxide, and copper oxide. In nature, blue pigment can be obtained from lapis lazuli (a deep-blue metamorphic rock). It was priced as much as gold in the medieval era.

Read More: Blue Fugates: A Family Of People Whose Skin Was Actually Blue

Blue was earlier an exclusive symbol of royalty. The pigment was expensive and only kings and royals adorned themselves with it. However, it became accessible to common people once we managed to produce blue. Farming indigo is a cheap and widespread way of making blue. 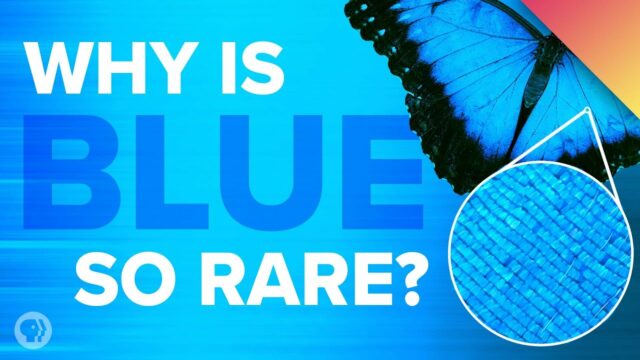 Blue Going To Be Extinct?

Because of the COVID-19 pandemic, the supply chain of necessary ingredients required to produce blue has been severely affected. If you are planning to paint your house blue, then it may cost you higher than usual now.

“The ingredients for most synthetic blues today come from South Africa and China, so supply-chain disruptions are common,” said Mas Subramanian, the scientist credited with developing the world’s first new blue pigment.

However, it doesn’t mean that the blue dye would completely disappear. The supply-demand mismatch will get back to normal in its own time. But till then, you may see less of blue in your closet and paintings.

Shades Of Blue: People Stripped And Painted Themselves Blue For Sea Of Hull Art