HomeLifestyleShades Of Blue: People Stripped And Painted Themselves Blue For Sea Of...
Lifestyle

Shades Of Blue: People Stripped And Painted Themselves Blue For Sea Of Hull Art

The time has finally come when nudity is not considered a taboo anymore. The liberty that nakedness provides is considered to be natural and earthy. While this natural state has stimulated people around the world to build naked restaurants, artist Spencer Tunick derives inspiration from it for his artwork, which mostly comprises of nude crowds of people.

Tunick’s art installation Sea of Hull in Kingston upon Hull witnessed more than 3,200 volunteers, which included people from around 20 countries around the world, ready to strip naked and get painted blue all over their bodies for the sake of art. Tunick, a New York-based artist, is famous for his nude art installations around the world, including at the Sydney Opera House in 2010. “There’s something about the body and how it’s juxtaposed with public space – the natural, soft vulnerable body that’s up against the concrete world – it creates a dynamic that interests me”, he said. The Sea of Hull was commissioned by the city’s Ferens Art Gallery for Hull’s UK City of Culture celebrations next year. The photographs from Saturday will be showcased in 2017, on the occasion of Hull becoming the UK city of culture.

Volunteers gathered at 3am to besmear themselves in four different shades of blue to celebrate Hull’s maritime heritage. The colour blue is also said to represent the rising sea levels due to climate change which is a huge concern for Britain. According to him, “The Sea of Hull installation was one of the most fantastic projects I’ve ever done, and it was inspiring to be able to intertwine the city’s maritime heritage against an urban backdrop throughout the whole piece. The photo incorporates some of the city’s unique locations including the architectural steel-structured masterpiece that is Scale Lane Bridge, framed by Georgian and Victorian buildings, adding to the striking shots captured during the installation. It’s always wonderful to see the various-sized people covered in paint walking through the streets of a city I admire. I’m looking forward to the exhibition of my final works made here in Hull in the spring of 2017.”

It is being said that the maximum number of volunteers that were needed were about 2500 to 3000, but the turnout was overwhelming for Tunick as well as the crew, which Tunick described as the best turnout in the UK. Among these was an Arizona-based 80-year-old Stephane Janssen, who has been in 20 of the artist’s works.

As mentioned by Janssen, daubed in blue paint everybody was equal, all little strokes of blue. The installation started in Queens Gardens, and the spree of naked people of all shapes and sizes, without any bias or shaming, parted in Alfred Gelder Street.

On day 2, about 800 nude people turned up for the gorgeous final shot in Barton, on the moving Scale Lane Bridge. While Tunick’s artwork continues to be lauded for the sheer brilliance of his execution, it is interesting to note that the people who turned up to volunteer gave up their hesitance of being naked within a few minutes. It became normal for them as they saw such a humungous number of people unclad of any garment.

Liberation of the mind is greater than the freedom of nakedness. Various shades of blue looks astounding in the pictures, let’s wait till 2017 for Tunick’s next masterpiece!

If you liked reading this, take a look at 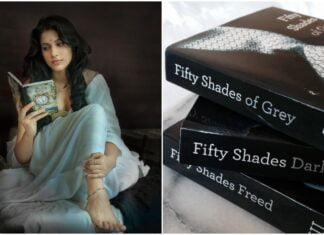