Lately, my baby brother has been obsessed with Minecraft tutorials on YouTube, which is where I first encountered the game.

I know many of you will not believe that I wasn’t aware of Minecraft at a time when gamers like PewDiePie have already introduced and hooked the entire world onto the game, but my journey with Minecraft started over this weekend.

Little did I know that I was venturing into a very addictive and fulfilling gaming experience of my life!

What Is Minecraft And From Where Can You Get The Game?

The game is very easily available on Google Playstore, AppStore and on their official website (to download on PC), but mind you, it costs a hefty sum of money. Play Store provides the android version for INR 650 and the PC versions range from INR 1799 to 2999.

For those of you who cannot afford the game as such, various launchers on PC have made the game available, out of which TLauncher is considered to be the best.

Android users can also find modded versions of the application on app mirror sites like Andropalace and get the game for free. Although it is highly suggested that you play the game legally, because trust me, it is worth every penny!

Here, I will take you through my journey as a Minecraft noob through the android version.

The game offers several modes to play, although the android version offers only two – Survival and Creative. The Survival mode is considered to be the main game where you basically have to do only one thing, survive.

The game functions on time, with the nightfall inviting several monsters that you have to slay if you have not built a shelter. The basic mantra of the game is –  survival of the fittest.

The objectives of Minecraft are very simple, you need to build a shelter for yourself, find food, craft tools, and mine elements, essentially doing anything to aid your survival. I chose to start with a basic survival kit (well, I am a noob) and mined my way through the game!

The Joy Of Mining

Mining is a major part of the game (hence duh, the name). I was actually pretty lucky that I found a cave really close to my makeshift shelter.

Although I really did not have any idea about what I was doing, I learnt the game as I played through it. Mining was pretty fun and very, very confusing to be honest. I would become giddy over every new element I discovered in the Minecraft mines.

As I mentioned before, I was a noob gamer and after several accidental deaths by falling into the lava, and losing all elements in my inventory, I finally reached a magnificent place where I found lava, water, and the most craved element in the game, Obsidian.

I literally did not keep my phone down throughout the day as I mined and it was after spending several hours and almost giving up that I was able to mine diamond cores on my very first day!

Needless to say, I was very excited thereafter and was able to find almost all the precious elements that the game offers in less than two days.

Why Is The Game Exciting?

The game’s main objectives make the game seem pretty simple but trust me it’s not. However, is it addictive? Yes, very.

The experience itself is thoroughly enjoyable. There are honestly no clues as such available in the game and I had to rely a lot on tutorials and experiences of other gamers.

Although I haven’t been able to “complete” the game yet by going to the “Netherworld”, I understood through several blogs that there’s truly no “end” to the game per se.

It is just generally accepted that you complete the game after defeating the “Ender Dragon”, and trust me it’s quite difficult.

So why is the game exciting?

To be honest, the game arena is very beautiful. It seems like a “virtual lego-world” where every feature is made of cubical blocks.

The game virtually tries to teach the essentials of life, and how you need to survive by finding your own resources. I even learnt more about metals and earth elements than I ever have in my chemistry classes! 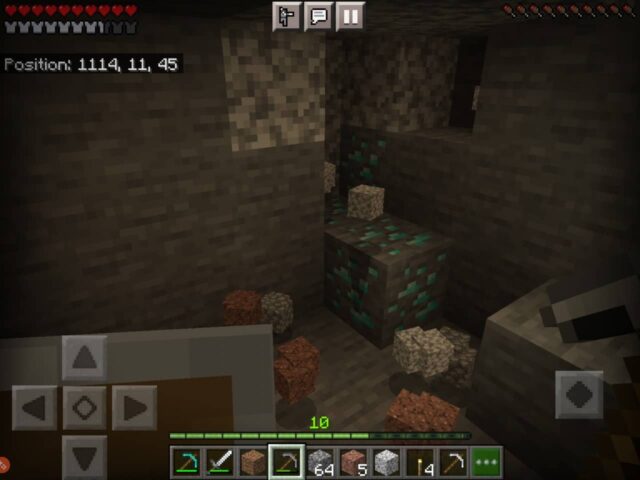 The game has also been used in many schools as an educational model to teach students about several scientific concepts. It feels very real, to be honest, and you just cannot stop playing! I would highly suggest the readers to try playing the game at least once as it is an effective way to spend time during the lockdown.