Like every year the United Nations released its World Happiness Report 2021 to rank 149 countries based on the level of happiness and satisfaction among people in these countries. Finland, a small North European nation with a population of over 55 lakh people emerged as the happiest country in the world consecutively for the fourth time in a row.

It was also one of the least affected nations due to coronavirus pandemic and managed to keep its citizens happy and healthy even during a crisis. Finland is neither one of the most powerful nor the world’s wealthiest countries but is still deemed as the world’s happiest country. Let’s look at some reasons behind it:-

It is believed that the Finnish have a carefree approach towards life than most western countries. The Finnish culture emphasizes cooperation rather than competition.

Finns are known to live peaceful life without worrying about the outside world. They are also known to have stronger resilience to deal with life’s problems.

Finnish culture embraces a unique national ideology called ‘sisu’ or ‘channeling inner strength’. It focuses on having enough perseverance to fight against the odds and convert challenges into opportunities.

Finns practice daily ‘sisu’ to channelize their inner strength. For example, instead of waiting for a warm sunny day, they head out of their homes irrespective of the weather for a brisk walk, cycle, or spend time in nature.

Finns believe in the saying “Happiness doesn’t come from searching for it, but by living.”

Finland follows a traditional ‘everyman’s (including women) right to roam’ policy that allows every Finnish to freely roam in the natural areas like forests, lakes and rivers without taking permission from the landowners if the area falls under private land.

75% of Finland’s area is covered with forests and this free access to ‘forest therapy’ or spending time in woods reduces high blood pressure and depression, making people happier and healthier.

Finland is known for having a good administrative system and a stable government with less corruption and greater transparency.

Finns trust their government and have faith in their policies which have resulted in greater safety, excellent education, and a universal healthcare system.

Finland is one of the safest countries in the world with very low crime rates. The citizens feel free, safe, and secure which also contributes towards making them happier. 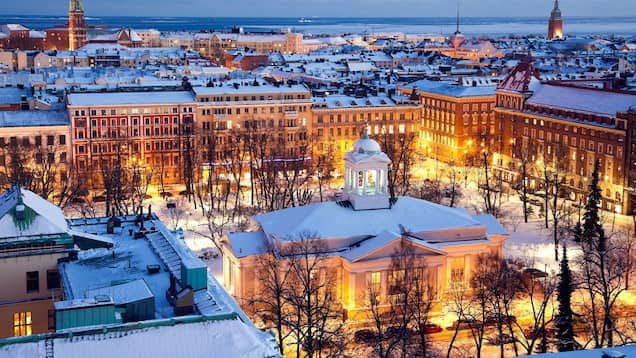 Many good government schemes related to social welfare to eradicate ‘homelessness’ and ensure qualitative life to every citizen underpins Finland’s success in achieving a good standard of living for all.

The high literacy rates and economic opportunities have also played a significant role in achieving a good living standard for all.

Unlike the western world, the Finns generally are not inclined towards ‘showing off’ or having too many ambitions. They feel satisfied with themselves and their lives instead of getting influenced by others.

According to Dr. Frank Martela, a distinguished researcher, Finnish people generally do not care about putting up a polished view of their life and bragging about their successes on social media.

They seek to be more real and find contentment with their daily lives instead of displaying a flawed version of themselves on public platforms.

7. Social Equality For All

Finnish culture is open-minded and supportive of the idea of social equality for all. It has worked towards monitoring social inequalities and closing the gender pay gap.

Finns believe that granting freedom and independence to all citizens is crucial for the proper functioning of a democracy.

It is one of the few countries where fathers spend more time with school-aged children and females go out to work.

Thus, Finland may not be a superpower or the largest economy in the world, but it has succeeded in providing its citizens—a life of joy and contentment that many developed nations of the world couldn’t.