Home ED Originals LivED It: As A BTS Army, This Is How It Went When... 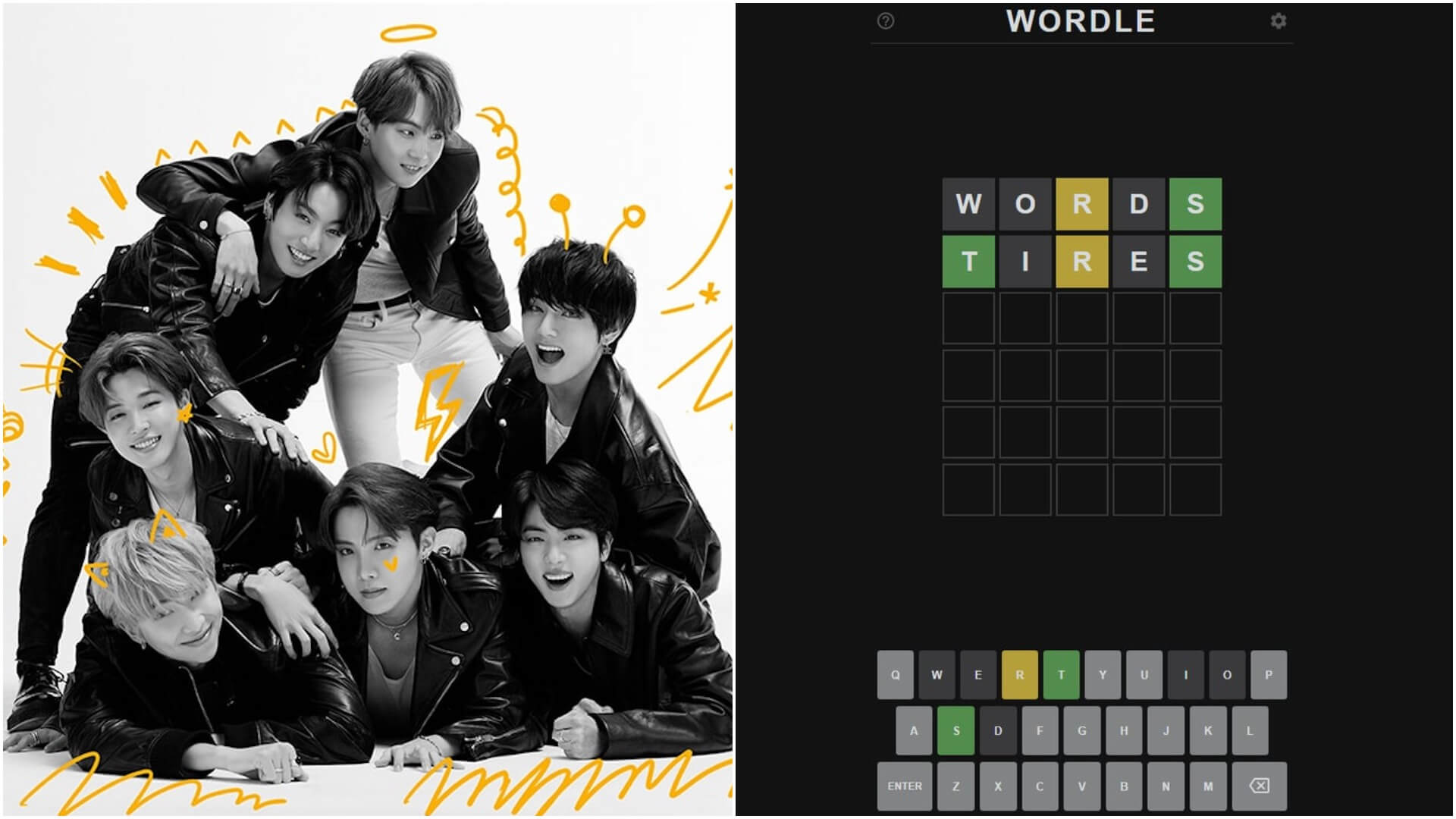 The game ‘Wordle’ has taken the world by storm. The easy interface of the website, the very simple nature of the game itself, guessing 1 5-letter word per day in 6 tries. No endless maze of levels or rounds, no cheat codes, no nothing.

You get one word, one day and that is it. After that, you wait for the next day for the new word. It sounds so simple in today’s rush of games that never seem to end, a way to keep the user hooked onto it and keep earning money from them.

Given the extreme and global popularity of the game and how simple it is, it was only a matter of time before fandom specific versions of the game popped up. And it seems the BTS ARMY, fans of the super-popular musical group BTS (Bangtan Sonyeondan/Beyond the Scene) have already created a BTS version of the Worlde game.

It is not new in the least that the BTS ARMY can be extremely creative and innovative when they want to be. The Purple VMAs they had held a few years back where ARMYs from around the world created a virtual award ceremony celebrating BTS and their works to the endless charity work and even normal day shenanigans they get up to.

So it makes sense that they would be creating a BTS version of this extremely popular game for the fans themselves.

Of course, I played the game and decided to show how it went about. 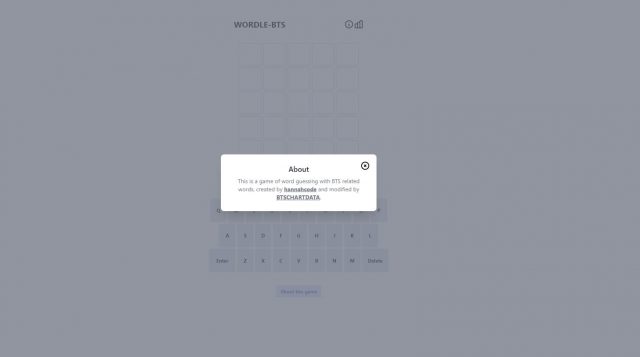 If you click on the ‘About This Game’ section it will reveal that the game was created by user ‘hannahcode’ and then modified by Twitter user @btschartdata who launched the game. 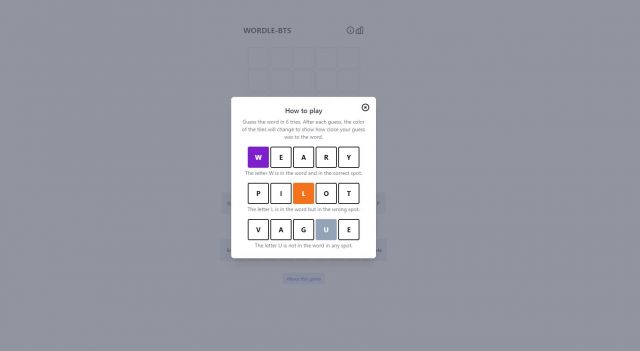 Just like the original game, clicking the (i) button beside the statistics option gives you the basic rules which again are same as the original with just the colours being changed.

Instead of Green for the correct letter, the colour Purple is used. Purple as a colour is almost the official colour of the fandom and extremely important to them.

Read More: LivED It: After Experiencing This Incident, I Can Empathise With How Traumatising Non Acceptance Of Gender Identity Can Be 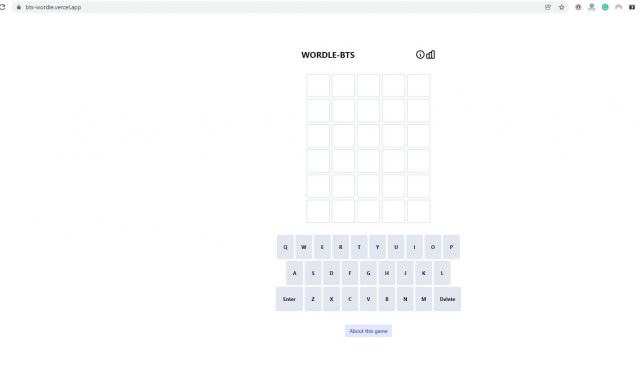 The opening page is again the exact same as Wordle the original game.

It became apparent that the word had ‘H’, ‘E’, ‘R’ and ‘S’ in the word, but figuring out what the word is was the problem. 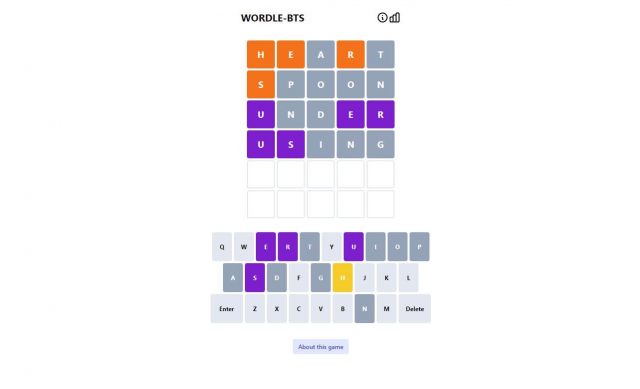 Well… I tried at least.

Finally… success! The word was ‘USHER’ which refers to the name of the American artist that BTS members have often times referred to as one of their favourites and from whom they get a lot of inspiration from. 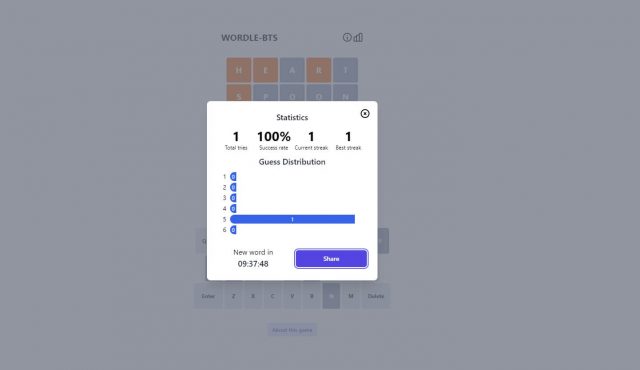 The fandom is as expected really enjoying this game.

this is ya'll doing the bts wordle thing pic.twitter.com/UKTBYWpzY1

The fact that fandoms can make their own specific Wordle version actually sounds like good news especially after it came out that the original game has been sold to The New York Times by its creator Josh Wardle.

While NYT and Wardle have both stated that the game will remain free, however, many are concerned about how long that might be or whether this new acquisition will change the simplicity and purity of the game that had pulled in so many people initially.

However, if fandoms and other people can also easily make their own versions then perhaps fans of the game would have other versions to turn to should the original get messed up.