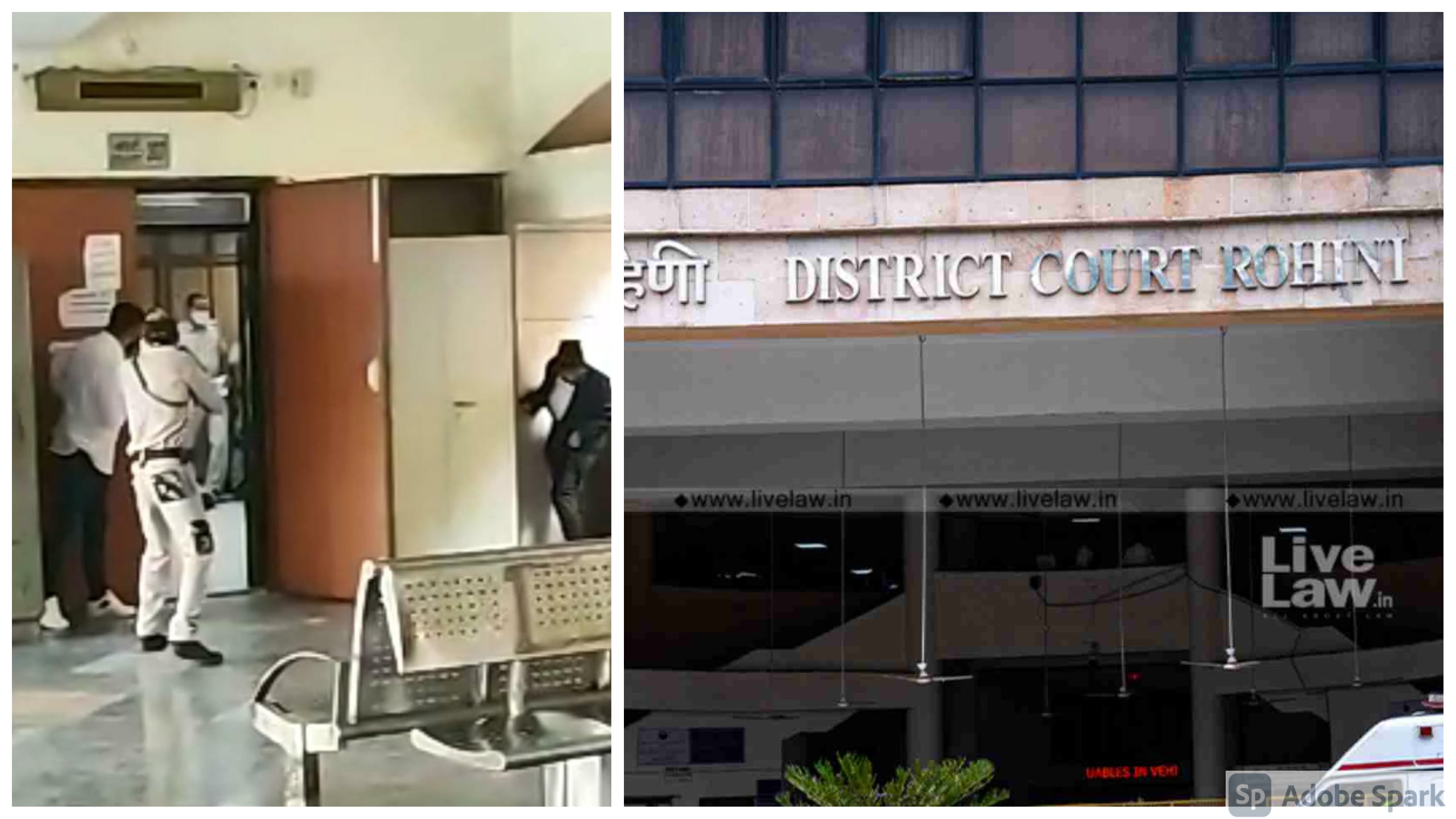 As bad turns to worse in Delhi, the seeping venom of gang warfare has found a safe haven in the capital city. With the city turning into a hotbed of crime, the safety of the people has been sorely put at risk as these gangs have left the common citizenry gasping for air every step of the way.

Furthermore, it is only fair to state that with today’s upheaval, there exists no secure cranny until and unless the government comes up with more stringent laws to counter these gangs.

Today marked a significantly bizarre day as gunmen, disguised as lawyers, infiltrated the Rohini court in Delhi. The turn of events at the court was strange in the way that there have been no such instances recorded in recent times where gangsters disguised themselves as career professionals to carry out an assassination.

After everything that has been said and done, the shootout led to the deaths of three people while a woman was left injured.

The entire scenario of the shootout has been covered in a couple of videos and it has been observed how the lack of proper security facilities has led to such a sordid state of affairs. The gunmen who had entered into the premises of the court had had the sole object to assassinate Delhi’s Most Wanted gangster Jitendra, alias Gogi.

Gogi had been kept at Tihar Jail since 2018, upon being caught by the Delhi Police Force and before his death, he had his hearing in Rohinee court number 206. It had been alleged by the police that the attack on Jitendra Gogi was the result of a gang war between his gang and the Tillu Tajpuriya gang.

As mentioned before, the gunmen belonging to the Tillu gang had dressed themselves up as lawyers and had confronted the court hearing headed Gogi. However, he could never reach the court.

The assailants whipped out their guns and proceeded to fire thrice into Gogi’s body, upon the happening of which, the special force personnel who had been tasked with accompanying Gogi, proceeded to empty out their magazines on the assailants.

Eye witness testimonies were also taken by the media houses as lawyers working at Rohini at that fateful moment, were left scratching their heads as to what had just transpired in front of them. Lalit Kumar, a lawyer, was present at the scene of the crime when it all transpired and his testimony is second to none as he states;

“The judge was in court, lawyers were present and Jitender Gogi was there. These two lawyers (who turned out to be shooters dressed as lawyers) walked in and started shooting. An intern was also shot.”

The intern found his leg wholly disemboweled as a stray bullet from the 48 rounds fired find his body. Owing to this instance the overall security of the courts in our country has come under scrutiny.

The fact that the gunmen prodded into the premises with an air of nonchalance should speak enough for the state of security measures implemented in the country. However, to provide a smidgeon of closure to the Indian public, Delhi Police Commissioner, Rakesh Asthana, had said;

“The question on whether the metal detectors were not working in the court premises is a matter of investigation and I cannot comment on that at the moment. We are already investigating the case and we shall not spare anyone who is involved in this shootout. No one will be spared.”

Asthana was incredibly transparent with the media as he recounted the happenings of the case, as he said;

“Two from rival gang opened fire at Jitender Gogi inside the court. That was when police retaliated and killed those two assailants. The police acted swiftly and killed both the assailants. Total three dead, including Gogi.”

Why Did The Tillu Gang Shoot Down Gogi?

The Tillu Tajpuria had had a gang war with Gogi’s gang in Burari, which had led to the death of three people while five were injured. The turf war had initiated itself in 2018 with the one in Burari.

This meant that the two gangs could not keep their hands to themselves, unfortunately, this time it was not the sensual kind. The clashes between the two gangs have led to the deaths of more than 25 people, reportedly. The deaths consist of both civilians and gang members as statistics, combined.

The hedonistic infamy of Gogi had always preceded him, as he has been deemed as the prime suspect in numerous murder cases.

These murder cases include the death of a prolific Haryanvi singer, Harshita’s, murder case, alongside his gang being named as the primary suspects in the murder of Aam Admi Party politician, Virendra Mann’s, death in Narula.

The Tillu gang is no different from Gogi’s as it was in 2018 that a member of the gang escaped the clutches of Delhi police for having thrown chilli powder into the eyes of the personnel. This had then exhumed into a firefight between the two parties. The Tillu gang member was finally nabbed, however, after 26 months in Siliguri.

Furthermore, the gang war between the two has seeped in so deep that it was recorded in Anandpur Dham, in July itself, that three bike-borne assailants had open-fired along the stretch of Khanjhawala, outskirts of Delhi.

This had led to the death of a 24-year-old biker, who had been caught in the crossfire between the Tillu gang and the Gogi gang. The gang war initiated, owing to this, now has its repercussions being made more observable to us with the Rohini court shooting.

After all that’s said and done, what needs to be pondered about is- how did the assailants walk into the court’s premises with firearms without a care in the world?

The ball is now in the government’s court.