When you hear the term prison, what things come to your mind? Mosquitoes, bad food, the shower horror, loss of freedom, and so on.

But do you, even in your wildest of scenarios, imagine the possibility of partying in jail with alcohol and snacks? I bet not. But turns out what we can’t even imagine actually is possible.

I am referring to a video shared by the news outlet Indian Express on Twitter that shows gangsters allegedly enjoying liquor, snacks while being locked up in Delhi’s jail. One of them can even be seen talking on the phone.

The gangsters in question are Rahul Kala and Naveen Bali, who are a part of Neeraj Bawana’s gang, currently locked up in Delhi’s Tihar jail.

What does this say about the system in India? Wanted gangsters seem to hold all the power, but common and marginalized people suffer at length.

The video got viral in a matter of minutes. People had to say a lot about this video. 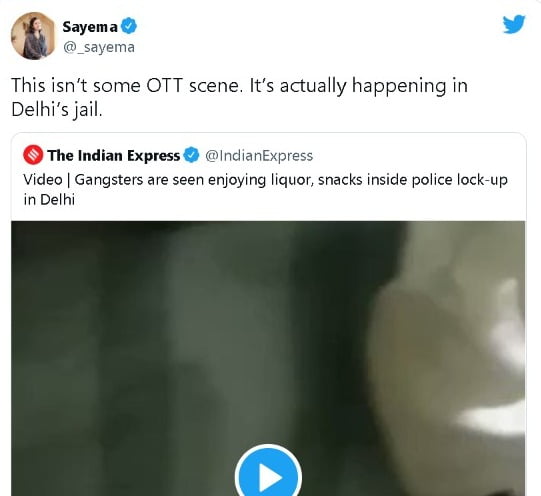 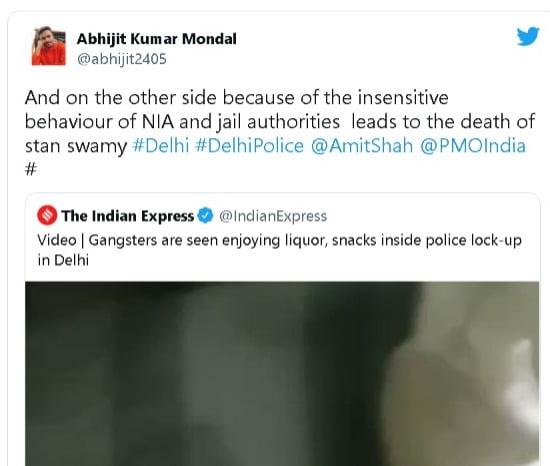 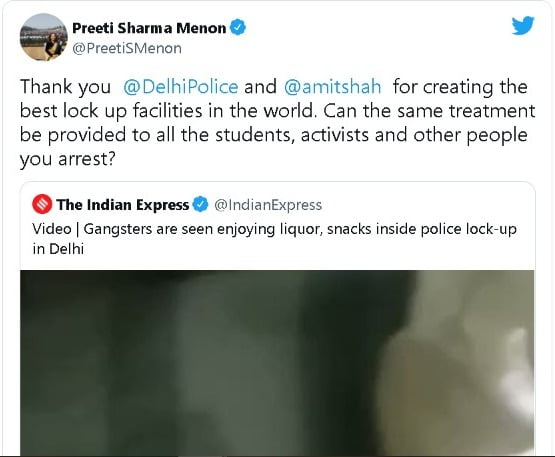 A response from the authorities on the matter is awaited. Fabricating such videos, nowadays, is very easy, so there is a good chance that it may be just a publicity stunt. However, if true, it puts everyone’s faith in the system in question.