Home Entertainment Naseeruddin Shah Has A Message For Indian Muslims Who Are Celebrating The... 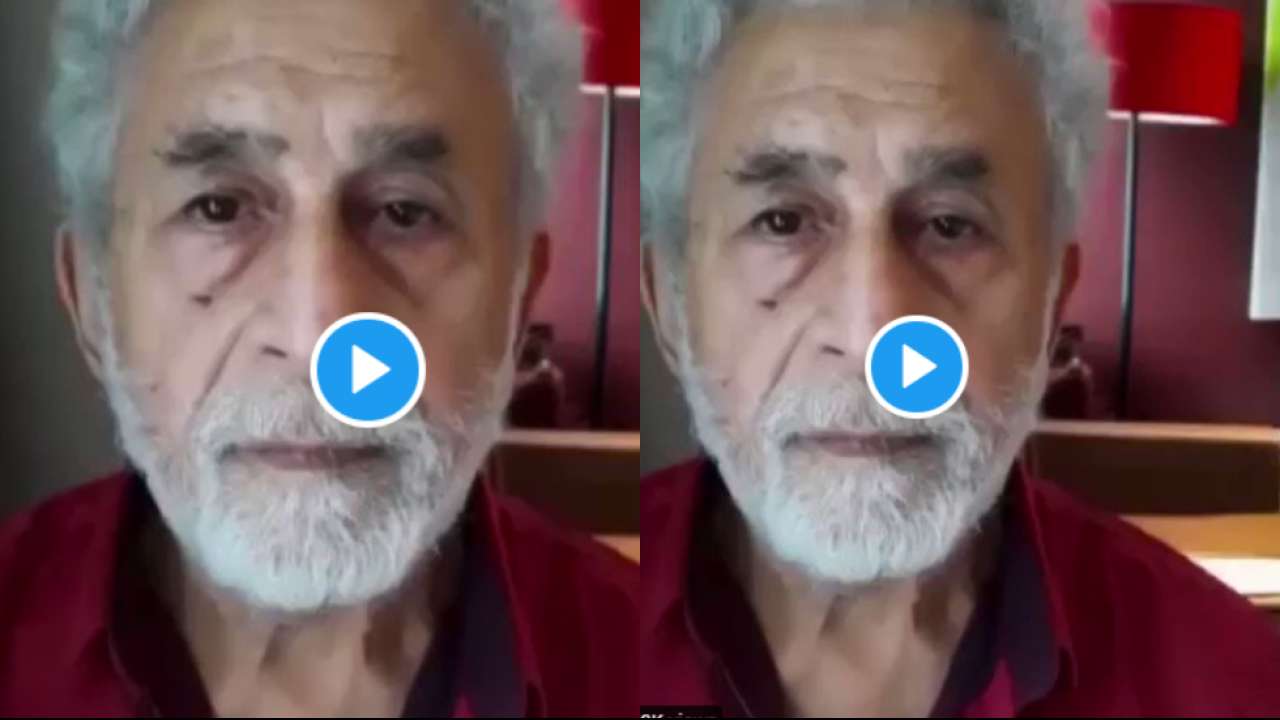 The 71-year-old veteran Indian actor Naseeruddin Shah slammed the Taliban takeover and condemned all the Indian Muslims who are celebrating the Taliban victory in the minute-long video message that was posted by him on Twitter.

The actor is seen quoting the famous poem by Mughal-era poet Mirza Ghalib, referring to his relationship with the almighty as Betakaluff (informal). He goes on to compare the practice of Islam in India to other parts of the world to state a point that “Hindustani Islam” has always been different from the rest.

Naseeruddin Shah through his video urged all Indian Muslims to ask themselves if they want to “reform Islam, support modernity, or live with the barbaric traditions and values”. “May Allah not bring a time when it changes so much that we cannot even recognize it,”  he added.

The actor received much appreciation for taking a stand and speaking about this issue. The takeover of Afghanistan is not something one should be happy about, let alone celebrate. Yet few people were against this. 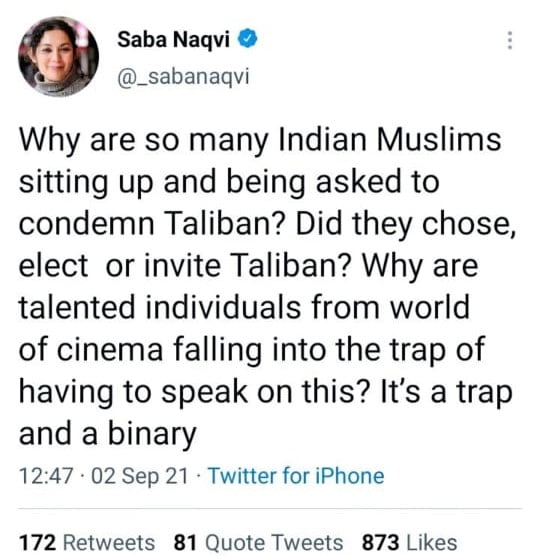 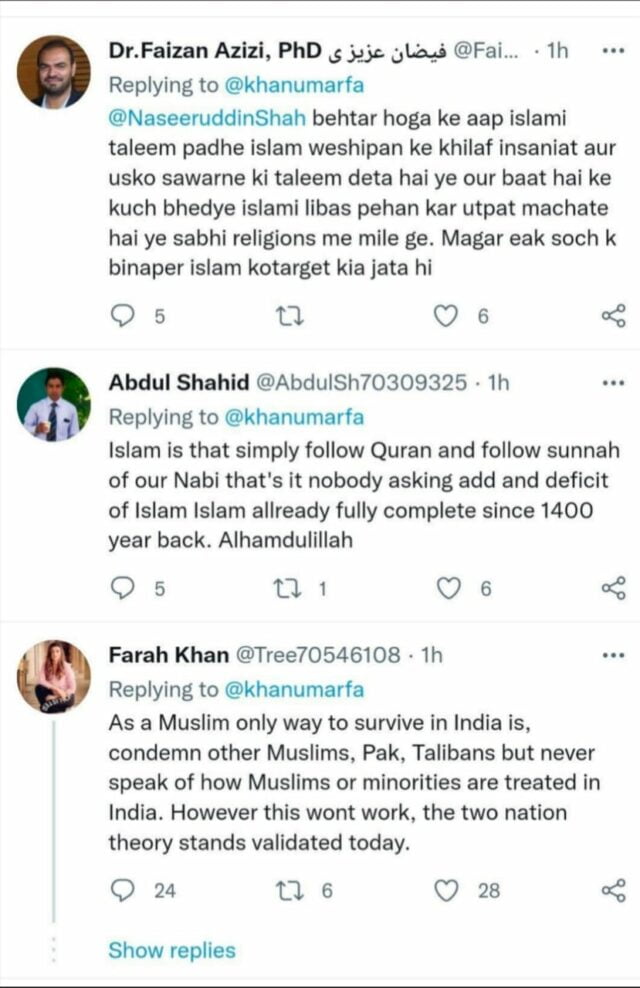 Users went on to say that Naseeruddin Shah should just stick to films and not comment on things he knows nothing about. Some even said that he is a non-practicing Muslim who wants Islam to reform. A user went on to call him “an atheist” who uses his Muslim identity for self-promotion. 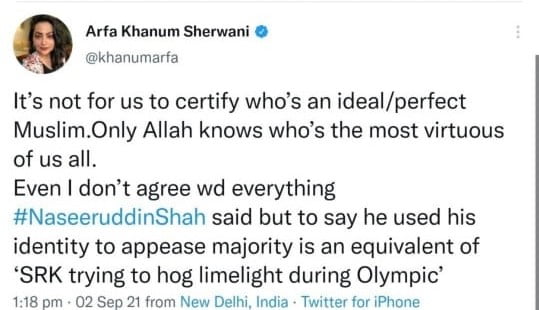 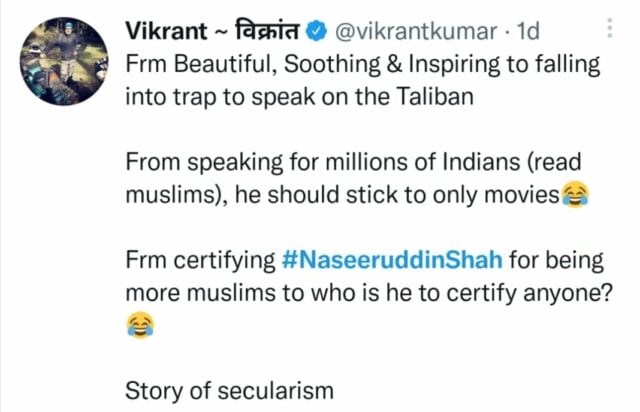 The majority are in support, showing their respect for the actor through several tweets. 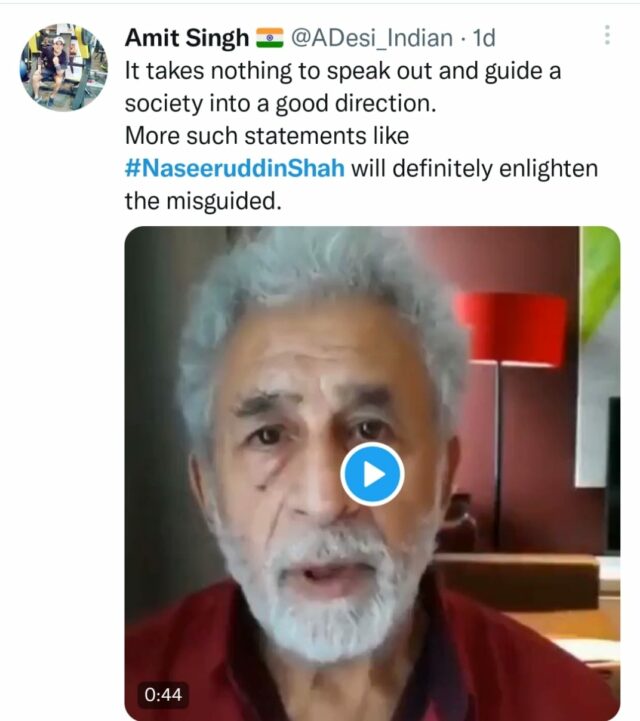 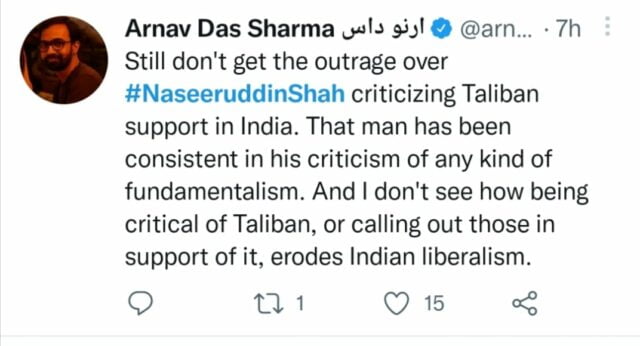 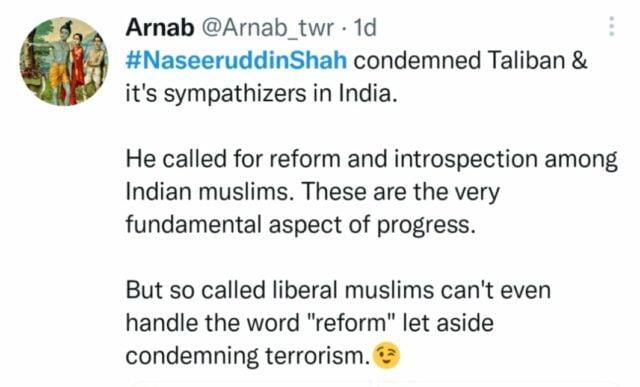 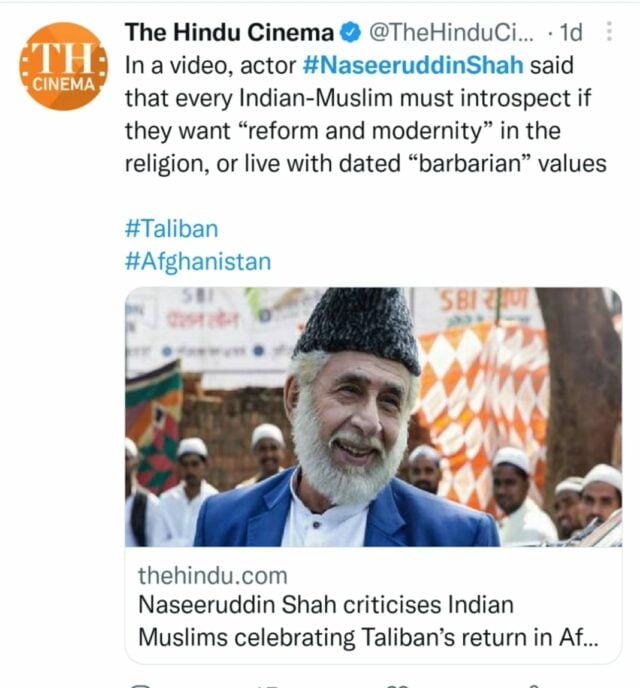