Month-on-month tomato and potato prices, which have been consequently low since the start of 2021, have fallen even more. It has plummeted as a result of the country’s bountiful harvest.

Wholesale tomato prices have dropped to nearly three-year lows, prompting loss-making farmers in Maharashtra and Haryana to dump the product or feed it to animals, reiterating a typical pattern of price instability.

Wholesale tomato prices in Maharashtra have fallen to Rs 3-5/kg, while wholesale potato prices in Delhi are now ranging from Rs 7-9/kg and are anticipated to fall further. Retail prices, on the other hand, continue to be as high as Rs 25-30 per kg.

Cobweb Theory- The Reason Behind The Price Drop

According to economists, agricultural prices have dropped as a result of the cobweb pattern of agriculture. In general, the cobweb model is built on a time lag between supply and demand decisions. Here, farmers select what to plant based on the previous year’s price realization. Despite the COVID-19 shutdown, farmers reported strong profits in 2020, with the crop selling at Rs 20 per kg for most of the year. Since the prices of tomatoes rose during a season of scarcity, farmers turn to increase output on the basis of pre-existing demand and prices, as had happened last week, resulting in a problem of abundance.

Now, the surplus of the tomato crop in some states like Punjab and Haryana has resulted in crashing prices GB as low as Rs. 2 per kg.

Also Read: After 100 Days Of The Farmers Protests, The Government Still Stays Numb

Which Regions Have Been Affected?

Analysts believe that falling vegetable prices in the midst of record horticultural production hint at a vegetable deflation that might limit farm profits.

Nashik and Aurangabad are the two most well-known tomato markets in Maharashtra. Farmers in Nashik district’s Lasalgaon and Pimpalgaon have gotten just Rs 3-5 per kg for their goods in the previous several days, which does not even cover their transportation costs.

Farmers were seen hurling crates of tomatoes when prices fell on Friday, according to a video that went viral last week. Nashik farmers dumped boxes of tomatoes on the road, as wholesale market prices fell to Rs 2-3 per kg. 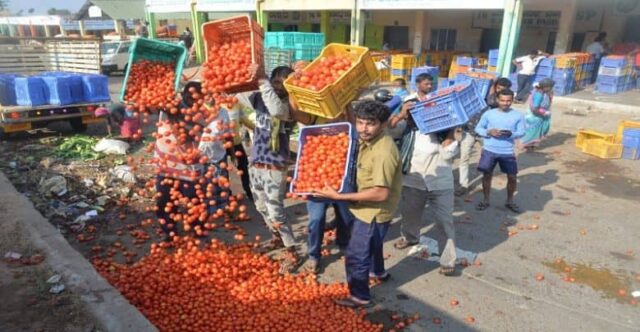 Fresh harvests roughly for Rs. 2 per kg, in Haryana’s Toshan on Friday. On the other hand, the price fall had very little effect on city rates. The vegetable sold for about Rs20-30 per kilogram in Delhi’s retail marketplaces.

Similarly, in Andhra Pradesh, the country’s second-largest tomato-growing state, the wholesale price in Palamaner in Chittoor district dropped right down to 18.50 per kg from 40 per kg.

How Will This Impact Farmers?

Farmers have been upset by falling prices more than dealers and consumers. Some farmers may go out of business as a result of the price drop. They may be discouraged by the poor price next year and grow something else.

They are also hesitant to cultivate tomatoes next season due to increased raw material prices such as seeds, fertilizers, and labor. Farmers’ holding ability to sell tomatoes in small amounts has weakened due to a lack of appropriate storage facilities and financial strength. 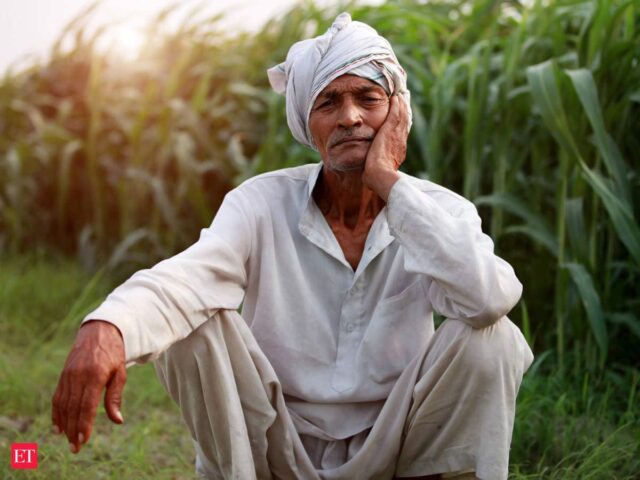 What are your views regarding this terrible price drop and regarding the state of farmers in our country? Let us know in the comments below.

Listen In: Bella Ciao, The Anthem of Resistance, Punjabi Twist And Farmers