Even before the people of Karnataka could process and come to terms with the apology of Google for labeling Kannada as the ugliest language, they face another humiliation. This one by Amazon Canada.

The flag of Karnataka consists of yellow, white, and red colors. There is a symbol of a two-headed mythological bird in the center. The flag’s color and the state’s emblem can be seen on the bikini.

As per reports, it was on sale not just in Canada, but in the UK, Japan, and Mexico too. Arvind Limbavali, Kannada and Culture Minister, said that legal action would be initiated against the tech giant. He has also demanded a formal and immediate apology from Amazon.

“Multinational companies should stop such repeated insult of #Kannada This is a matter of Kannadigas’ self-pride and we will not tolerate the rise in such incidents. @amazonca should, therefore, apologise to Kannadigas. Legal action will be taken immediately against @amazonca,” Mr. Arvind tweeted on his official handle.

Former Chief Minister of the state, H D Kumaraswamy has also asked the government to take action against the government to send a strong message to the tech companies. It was the second time in just a couple of days that the sentiments of the people were targeted.

Read More: This Indian Language Trends As ‘Ugliest Language In India’ On Google

As soon as the matter came to light, Indians, especially Kannadigas, tweeted against the matter and condemned Amazon for allowing the sale of a controversial clothing item on its site. Many warned against the boycott of Amazon in Karnataka. 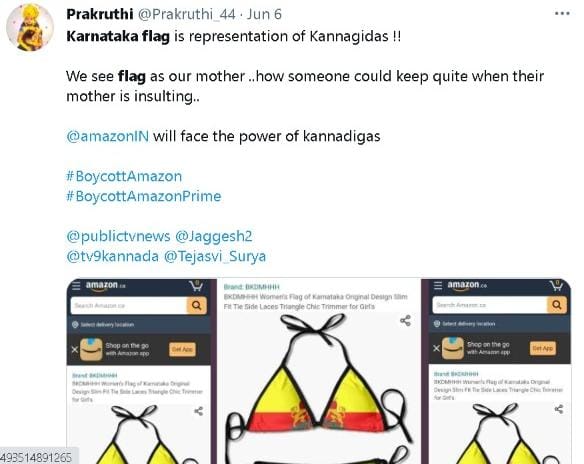 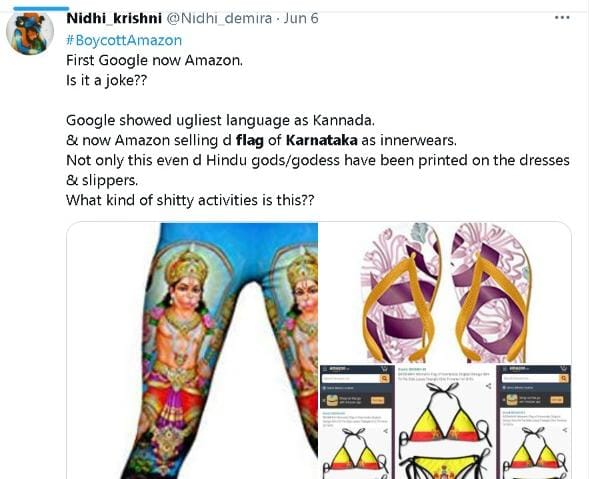 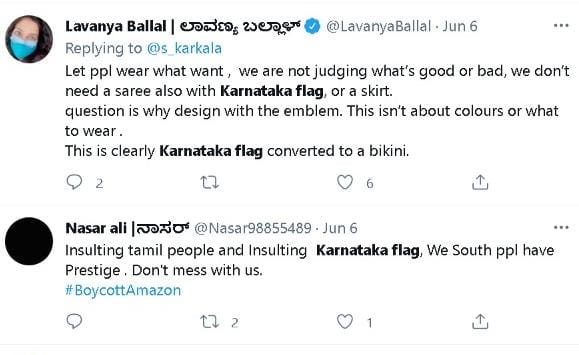 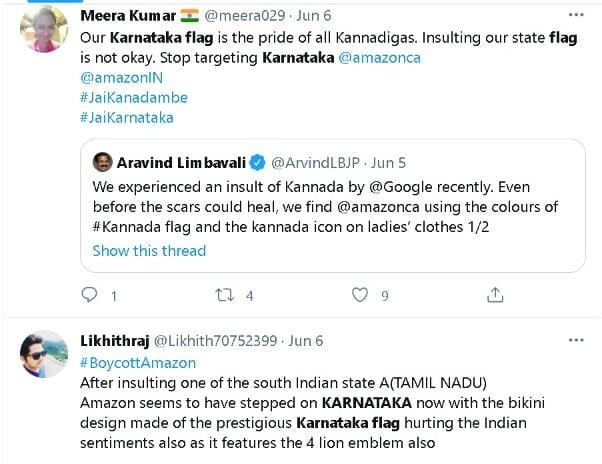 It was definitely outrageous that such a bikini was ever designed and, on top of that, put for sale on the largest e-commerce website in the world.

A state’s flag is a symbol of pride for its people. Imagine directly attacking someone’s pride (intentionally or unintentionally). It is bound to have negative repercussions.

Amazon has not released an official statement on the matter as of now. Whether it will or not is yet to be seen.