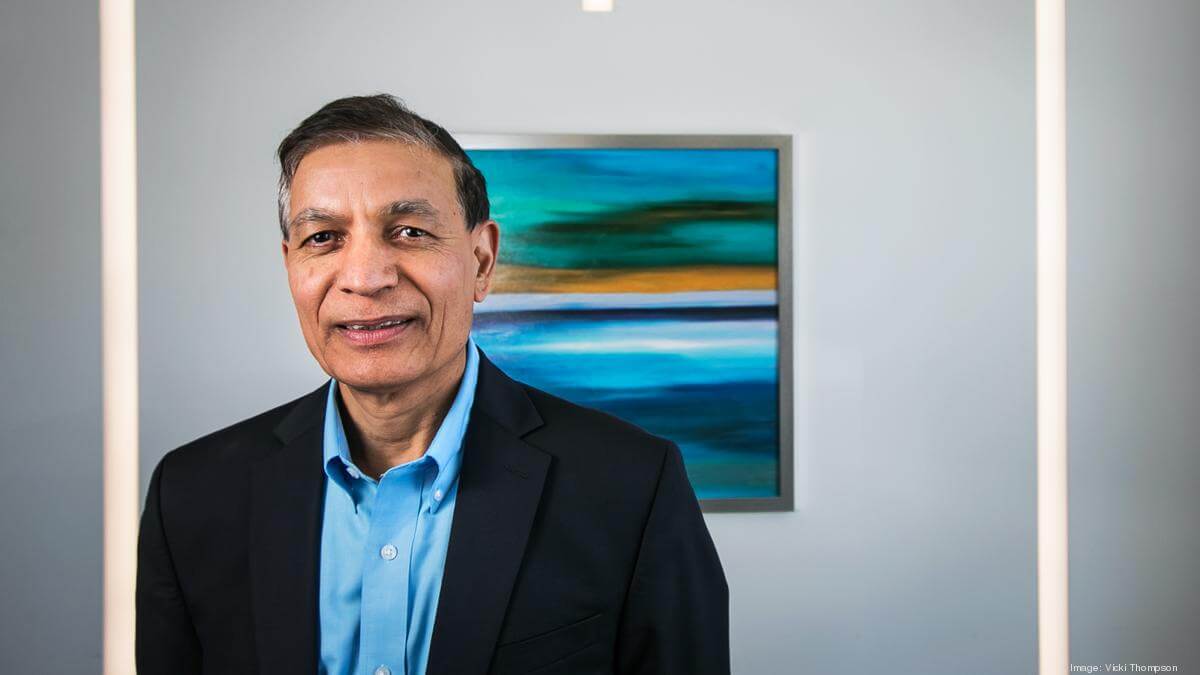 India might always be associated with poverty, slums, and hunger but considering the amount of Indian billionaires in the world, it would be hard to imagine the country being anything but poor.

As per the Hurun Global Rich List 2021, there are 208 Indian billionaires spread across the globe, out of which around 32 live outside the country.

The rest reside in India itself with Mumbai taking a bulk of these billionaires, 61 to be precise, Delhi coming in a close second with 40 billionaires and Bengaluru having only 22 of them.

While we all know that Mukesh Ambani continues to be the richest Indian in the world with his current net worth being $83 billion, there has been another entrant into India’s richest list that has everyone talking about them.

The person is Jay Chaudhry who owns Zscaler a cybersecurity firm. In quite an interesting move he has apparently risen by almost 577 spots in the Hurun list and even entered into the top ten of India’s richest people list.

Who Is Jay Chaudhry?

Jay Chaudhry is an Indian-American who, along with his family, owns around 45% of the Nasdaq-listed ZScaler. The company itself is worth $28 billion while Chaudhry’s own net worth also saw a 271% rise from last year to $13 billion.

Some reports claim this to be because of the increased usage of digital technologies which saw an extreme increase once the COVID-19 pandemic hit the world.

With 90% of the population around the world having to sit at home and do all their work from a virtual platform, digital apps and softwares saw a huge jump in their revenue.

The ones that we know commonly of are platforms like Zoom for video conferencing, Netflix, Amazon Prime, various computer-based games and more.

Chaudhry commented on this saying, “There is an accelerated market shift towards work from anywhere, which is the world Zscaler was built for.”

Read More: The Billionaire Who Fought Both Ambani And Tata And Is Still Around To Tell The Story

As much wealth as Chaudhry might be seeing right now though it wasn’t always like that. In fact, the 62-year old actually comes from extremely humble beginnings in India.

Chaudhry was born in a small village called Panoh around 5km from the Una district of Himachal Pradesh.

Reports claim that his village barely got any electricity and Chaudhry himself would often study under trees while growing up. In an interview with The Tribune in 2000, he said,“I used to walk nearly 4 km everyday to attend my high school at Dhusara, the neighbouring village. The school building would be donated to the government and people of my village no longer would have to walk several kilometres to study.”

Chaudhry went on to complete his bachelor’s degree from the Indian Institute of Technology (BHU) Varanasi, and finally took his first plane ride to the US in 1980.

This was to pursue an engineering and management master’s and MBA degree from the University of Cincinnati. At that time it is said he only had around two hundred dollars with him.

The startup called SecureIT, also a cybersecurity firm was actually set up by him and his wife Jyoti in 1996. Reportedly inspired by Netscape, the couple quit their jobs and used their life savings to start up the firm.

Post this, he founded three other tech companies including CoreHarbor, CipherTrust and AirDefense. AirDefense was sold to Motorola in 2008, CipherTrust was sold in 2006 for $274 million to Secure Computing while both Secure IT and CoreHarbor were sold in 1998 and 1996 respectively for undisclosed amounts.

After his success in the corporate sector, he did return to India working on several ventures. One of which was the construction of a school building in his village of Panoh itself, while another was a business-to-business online auction site.

He joined the self-made billionaire club in 2020 when he was listed on the Forbes 2020 list of 400 richest Americans. His net worth of $6.9 billion then essentially made him one of the richest Indian American billionaires or the wealthiest American of Indian origin in the USA at the time.

His cause of success Chaudhry states is “My success so far has mainly been because I have very little attachment for money. I definitely do not feel like a billionaire even with a billion-dollar fortune.”

Zscaler Inc. was founded in 2008 and is set up in San Jose, San Francisco Bay Area in the US.