SGTB Khalsa students have recently proposed the creation of an official meme society before the authorities. DU students have been actively involved in extracurricular activities and lead various events and programs zealously.

We all have heard of a few of DU’s societies, namely, Dramasoc, Musicsoc, Dancesoc, etc. This upcoming soc (society), however, is an entirely unique and unparalleled genre – Memesoc. No need to read that again, it’s true.

If approved, DU will have its own Memesoc. It’s no shock since memes have become as much a part of our daily lives as anything else. Not only have people been coming up with creatively amusing and relatable memes, but also have been showcasing their talents in context to designing templates, creating content, and so on.

Did you know that millennials spend over 200 minutes online every day? Memes are so prolific that there is a good chance millennials and Gen Zers are laughing at and sharing memes while online.

Shri Guru Tegh Bahadur (SGTB) Khalsa College is officially the first college to come up with this idea, all that’s left now is for the college to become the first to create the society along the idea. This soc will be the most populated and students will take it more seriously than ever, that’s for sure.

Read More: DU Cut-off Memes Are Ruling The Internet With Its Sarcasm

What Do The Students Say About The Upcoming Soc?

“I started making memes during the lockdown last year, and realized that it requires skills from thinking about ideas to presenting them in the form of a meme,” says Bhavishya Bajaj, a final year student of SGTB Khalsa College.

Adding to which he said, “Memes are not merely a matter of fun nowadays. They are, in fact, a potential tool to propagate information and are being widely used in the field of marketing, too! So, I thought of forming a society that can make people laugh with its hilarious content, and at the same time spreads meaningful information in a light yet impactful manner.”

Bajaj went on saying, “I approached my juniors Gurman, Gagandeep and Gurjeet with whom I’ve worked during the annual fest of our college and they have experience in managing pages and making memes, as well. And we four then started the hustle to form this society.”

When asked about the activities that would be taken up as a member of the society, Bajaj said, “Right now we’ve three teams — creative, technical and content writers for memes, editing and articles and reports respectively.”

“Primarily, we are focused on creating student-centric and university-related content, but we also incorporate various events and matters that are prevailing in our society. Further, we’re looking forward to making the page more interactive and inviting opinions and outlook of the students through interviews and other means,” said Gurman Singh Devgun, a second-year student, on being asked about the soc’s future plan.

Gurjeet Singh, another second-year student, added, “There is a positive response from the students. Slowly and gradually our followers are increasing on Instagram, and there’s also an increase in the number of people sharing our posts.”

Other colleges of DU have also been taking inspiration from these memes and have started trending the hashtag #socgoalinspo regarding the creation of this society.

Keeping the meme spirit in full swing here are some memes that have been created during lockdown by the unofficial #memesoc of SGTB Khalsa college (1800 followers) and have left us in hysterics thereby adding to the fun-chain. 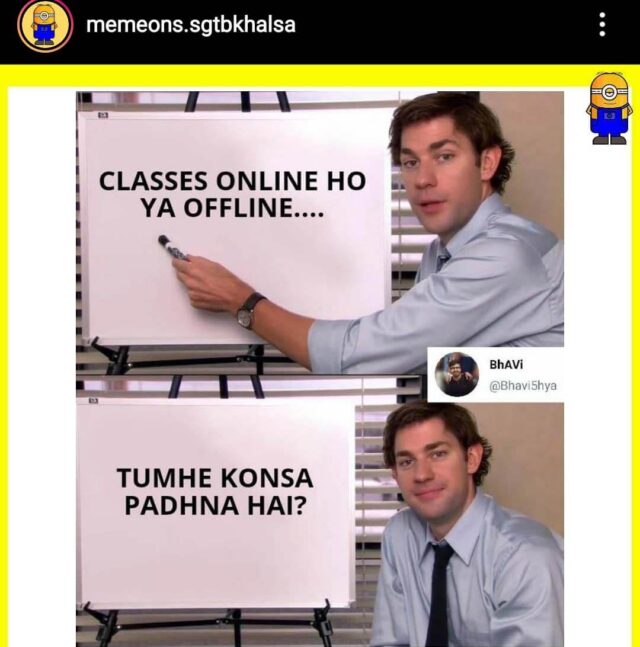 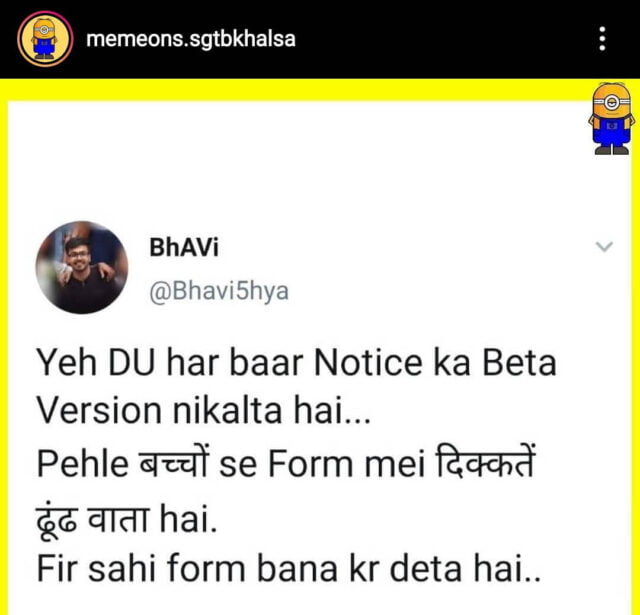 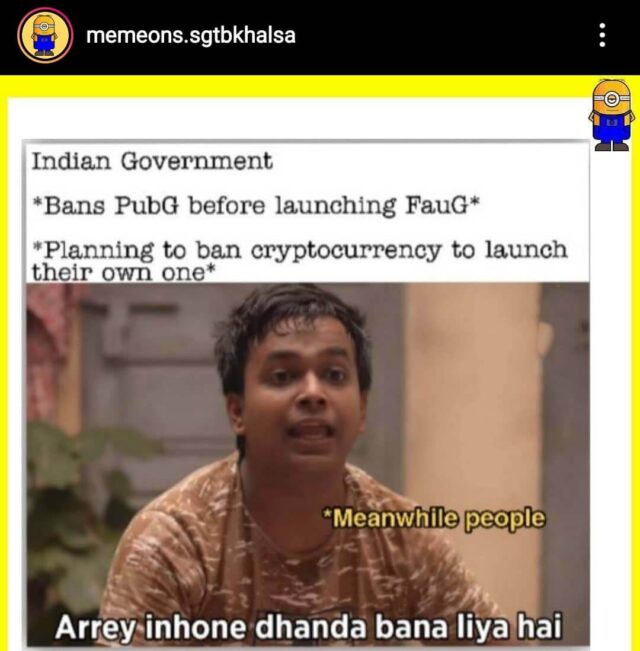 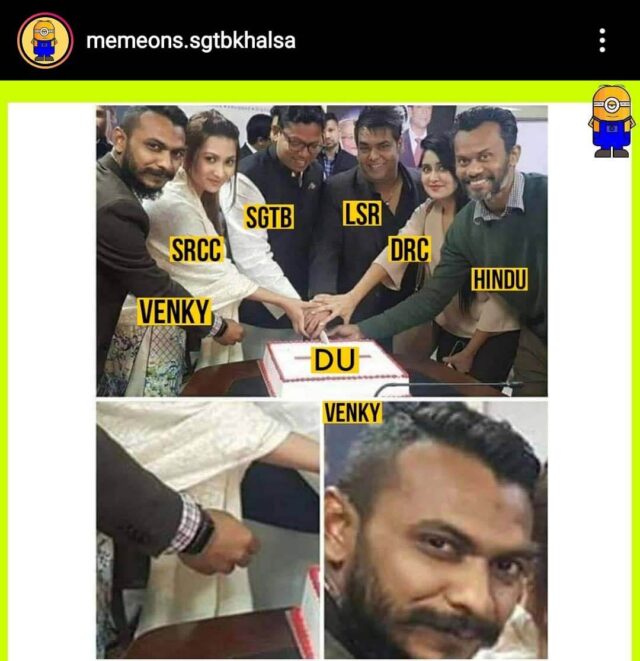 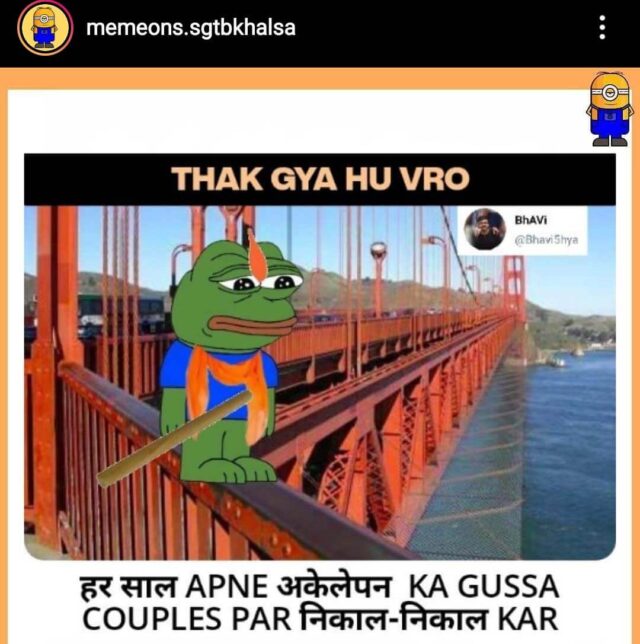 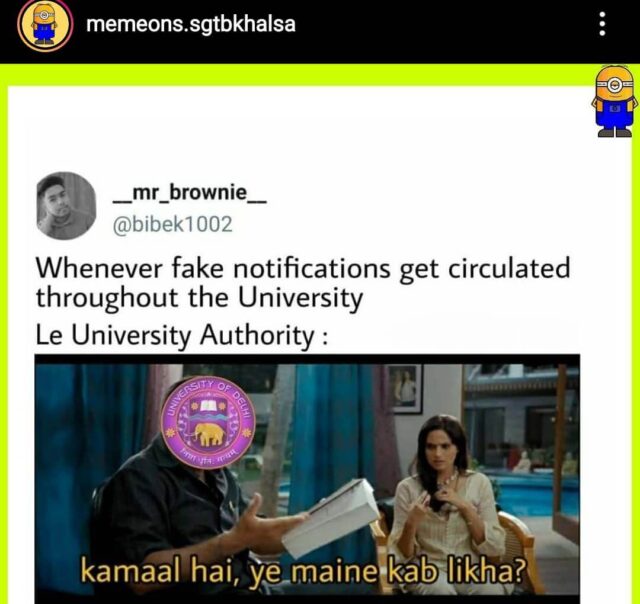 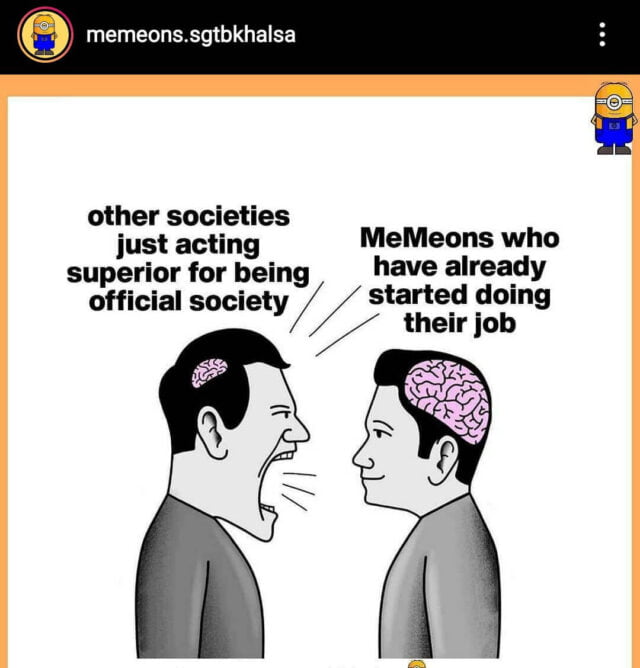 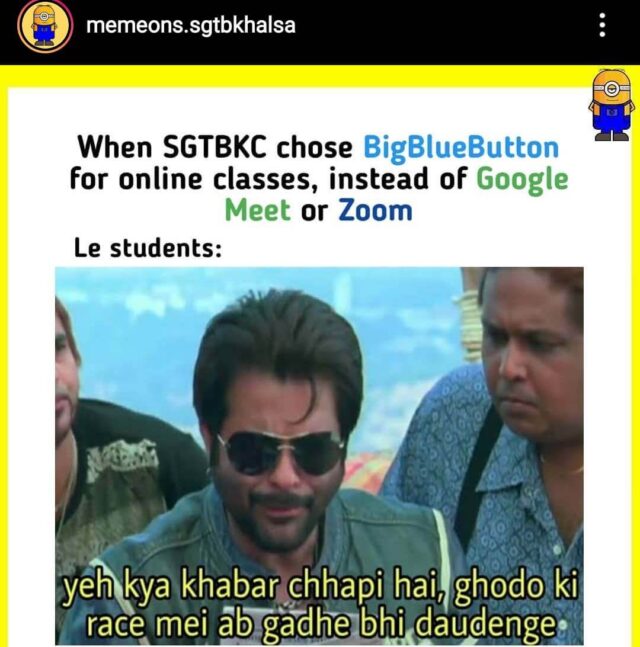 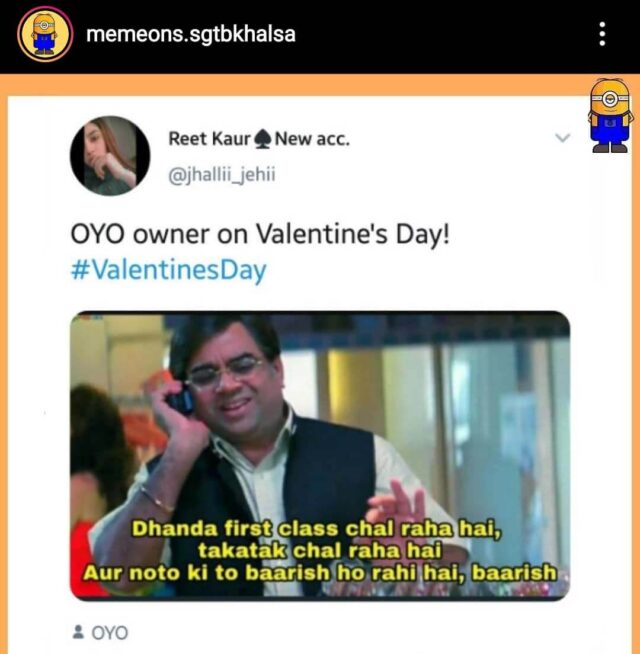 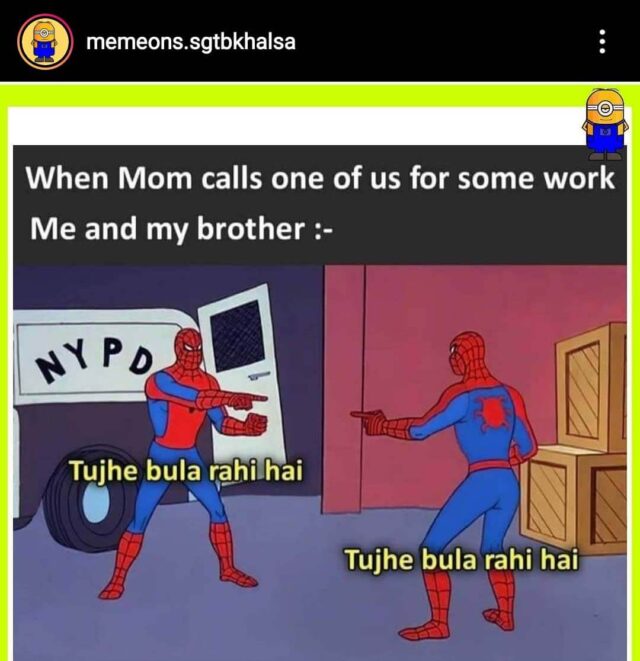 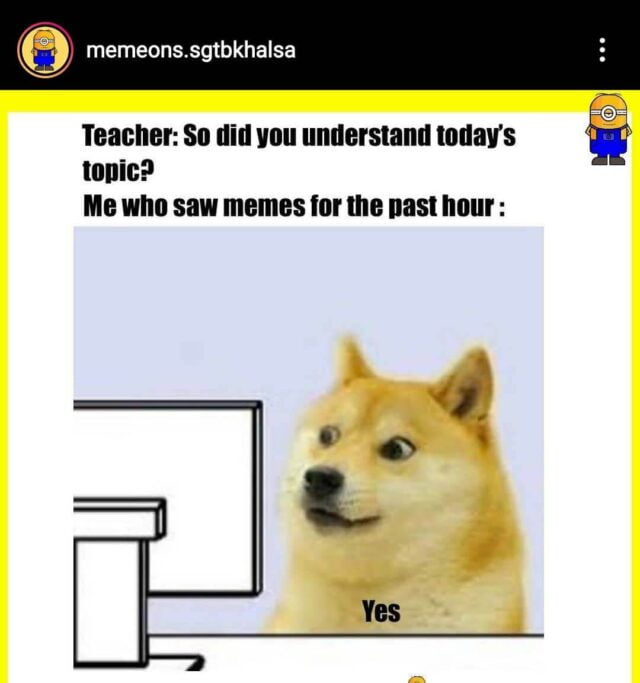 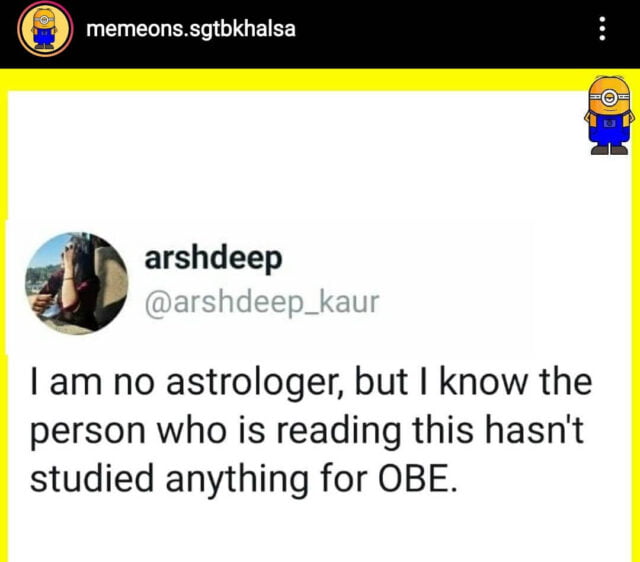 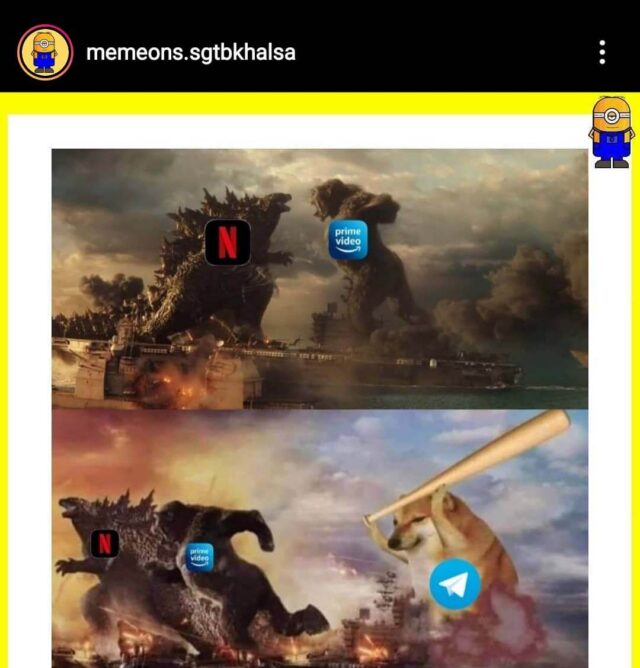 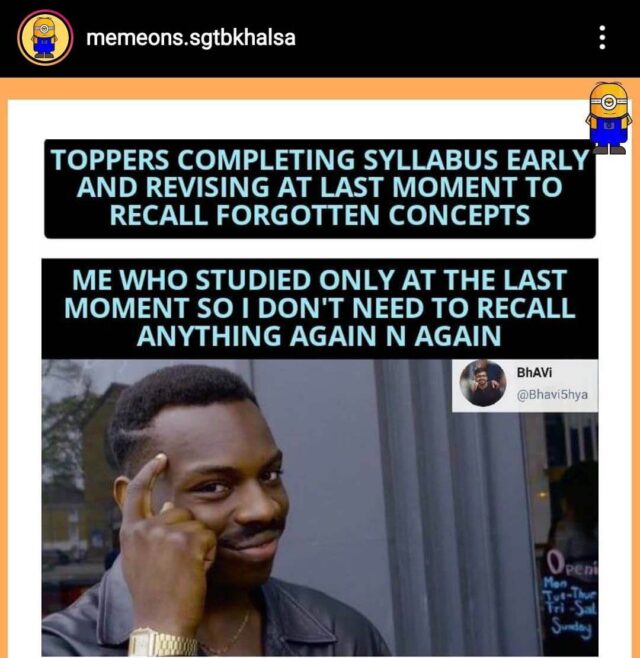 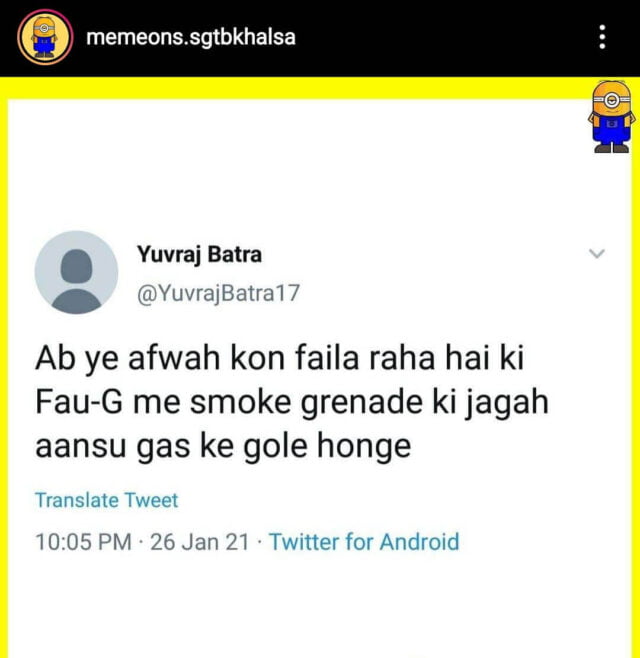